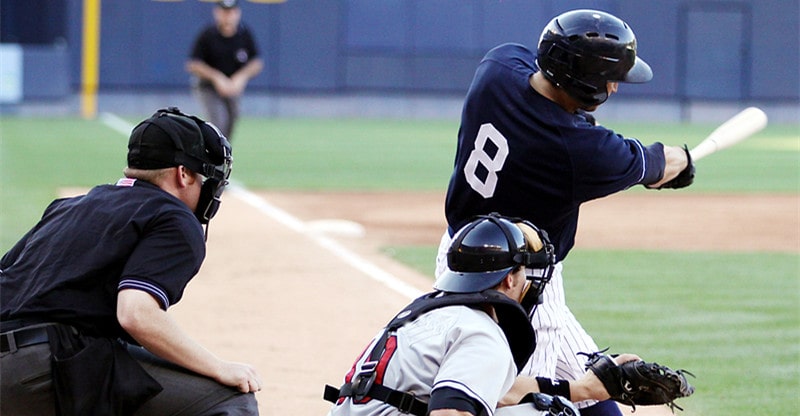 It makes sense that there are so many baseball movies. Baseball is the great American pastime. It’s been around since the Civil War era.

There are all kinds of movies with the baseball theme, from comedies to drama to fantasy and even a thriller! You don’t necessarily need to have a love of the game to enjoy some of the top baseball movies.

The best baseball movies of the 90s

Yeah, I know what the title says. This is as much of a baseball movie as any of the other ones though. Starring the creators of South Park, Basketball is a hilarious take on the formation of a new sport. A funky hybrid of baseball and basketball.

When a couple of loser friends find that they are not quite as good at basketball as they hoped, they decide to invent a game. The movie charts the invention of the fictional NBL. No doubt based upon the various major sports leagues in America.

Despite being a comedy, Baseketball is surprisingly rich in terms of its social outlook. It charts fame, being a sports star, and the life that comes with that. Absolutely fantastic viewing. Probably not one for the whole family, though.

The classic 1951 movie may have got a bit of the Disney magic when it was remade in 1994, but that didn’t stop the movie being great. In fact, it ended up with a better message than the original.

When a couple of kids wish for their baseball team to do a bit better, a team of angels arrive, handily helping the team in their quest to reach the Championships. Without spoiling the end, this movie turns out to be a real feel-good family movie.

For the Love of the Game is a bit of a change of pace from the previous two movies. Based on the book of the same name, this drama movie looks at the final game of a retiring professional. Throughout, we get to see little snippets of his story which brought him to where he is today. There is a bit of romance mixed in for good measure, but this movie is all about the feelings that baseball players tackle when they head out on the field.

What happens when you stick an ageing baseball player on a Japanese team? Well, the events of Mr. Baseball, we bet.

Tom Selleck stars as an ageing baseball star. The best of his years are behind him, and he is transferred on over to a Japanese team. Of course, he doesn’t fit in with the culture of the team and hijinks ensue. You don’t need to enjoy baseball to be able to enjoy the hilarity of Mr. Baseball.

The Scout veers away from your typical baseball movie about the actual players. Instead, this comedy movie looks at a scout who has been shunned from the New York Yankees for one too many bad picks.

When the scout finds the perfect player for the team, he tries to return him to America to get signed into the majors. Obviously, things don’t go to plan. That would be too safe of a movie.

This movie ‘feels’ great. It is one of the few 90s baseball movies which featured somebody plucked from nowhere and forced out onto the grandest stage of them all. It shows that anybody could ‘make it’ when they have the skills.

Most of the cast from the original 80s movie return in the sequel. This means that you can expect comedy galore in Major League 2. This one is a bit more family-friendly than the original too, attracting a PG rating as opposed to that hard R. It doesn’t detract from the hilarity, though.

Major League 2 showcases the problems each of the players on the team face. You have people losing their edge. Fame getting to their heads. A bit of sabotage too. It is a surprisingly fast-paced movie, and if you watch Major League 2, you will not know where the time went. You are going to have so much fun.

Little Big League plays upon the dream of almost every American 12-year-old boy. This is to own their own Major League Baseball team. Admittedly, the concept is a little bit ‘out there’, but it is fun to see a kid run a baseball team. Firings. People unwilling to work for a kid. That sort of thing. While Little Big League certainly wouldn’t win an Oscar, it will keep kids occupied for a few hours.

Rookie of the Year is another movie which plays into that 12-year-old kid dream. When a budding little league player breaks his arm, the surgery goes a bit wrong. Suddenly, his tendons are too tight which means he can throw a ball at a far greater pace than any MLB player. Cue him being signed up the big leagues. Throughout the movie, we see the kid struggling to cope with the fame of being a baseball player. Is his dream really everything he hoped it would be? We suppose you will need to watch to find out.

The Fan was a stand-out baseball movie from the 1990s. It didn’t go down the comedy route like many others. This Robert DeNiro movie is your classic psychological thriller. Watch as a disgruntled, and probably very mentally ill, fan of a baseball team deals with the team’s lack of success. Murders and kidnappings galore. Can be brutal in some places. Probably not a film for the kids…or squeamish adults.

Ever wonder how your life would be different if you changed one single moment? Mr. Destiny looks at how the life of the central character would have changed if his final baseball game at the age of 15 didn’t go wrong. Can your life really change that much? Should you be happy with what you have got rather than dwelling on the past? Mr. Destiny answers that question.

There is a lot to unpack in dramatic baseball movie Pastime. Dwelling in the minor leagues is a pitcher who probably should have given up the game years ago. All he can talk about is his brief stint in the major leagues. When a new player joins the team, he can’t help but take him under his wing. He wants to give this new player the life that he never managed to have. With an underlying medical condition, this may be the last change that he has to give something to the game. Cue the tears. This movie can get heart-wrenching in places, and is a real eye-opener to various social issues.

This is another movie which focuses on the life of a scout. Talent for the Game unpacks the unreal expectations that are thrust upon brand new players. How they are often hyped up before they hit the field. Talent for the Game tackles the idea that those scouts are for far more than just spotting new talent. They are there to nurture the talent and ensure they can reach their full potential. This is a classic 90s drama.

This South Korean movie is not so much about baseball, but romance. Beom-Soo is a lowly traffic warden, but he dreams of being a professional baseball umpire one day. After being in a serious car accident, his life changes forever. Will this love last? Will Beom-Soo ever become the professional baseball umpire? This movie is especially interesting as it allows us to see the world of baseball from the perspective of a different culture.

A League of Their Own is one of the rare sports movies which has been preserved in the Library of Congress due to its cultural relevance in America.

This Tom Hanks-led movie follows the success of a fictional female baseball team. It starts in the modern era (well, the 90s) and you see flashbacks to World War II. It is during the flashbacks that we see the club owners decide that they needed to put together some women’s baseball teams in order to make up the lost income from the men. It is surprisingly eye-opening, and while it is billed as a comedy, there is a lot of heart to be found.

The baseball field is the centerpiece of this ‘coming of age’ film. The characters know that their lives are going to go their separate ways soon. However, there is one thing that still unites them; their love of baseball. Funny from start to finish, but also a sweet film which shows the connections that we have with people growing up.

As you can see, there are a lot of 90s baseball movies. A great many of them are comedies, but there are a few fantasy and dramas. There is even a psychological thriller, which I never would have imagined. Have fun binge watching these classics!