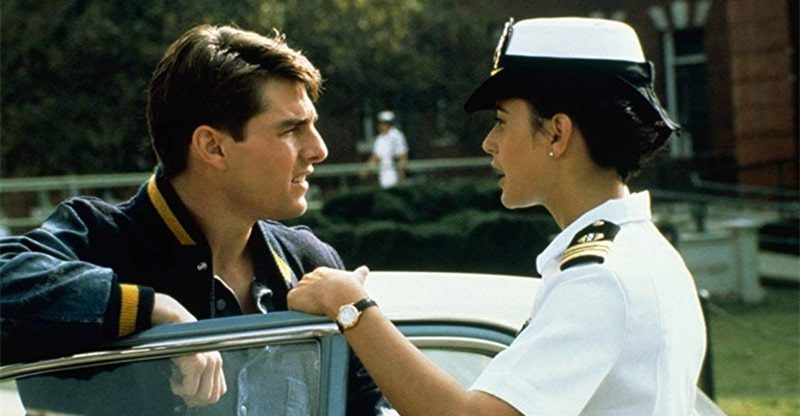 The play revolves around the accusation that two United States Marines were culprits in the murder of a fellow marine. Highlighting key themes of honor and the abuse of power, it begs the question of accountability and court justice. A very holistic and engaging read in itself, check out these A Few Good Men quotes for some quick wit and sharp humor!

#1. “Lt. Sam Weinberg: Cmdr. Galloway, Lt. Kaffee is considered to be the best litigator in our office. He successfully plea-bargained 44 cases in 9 months. Lt. Daniel Kaffee: One more and I get a set of steak knives.” ― Aaron Sorkin, A Few Good Men

#2. “You see Danny, I can deal with the bullets, and the bombs, and the blood. I don’t want money, and I don’t want medals. What I do want is for you to stand there in that faggoty white uniform and with your Harvard mouth extend me some fucking courtesy.” — Col. Nathan R. Jessup, A Few Good Men

#3. “I get paid no matter how much time you spend in jail.” ― Aaron Sorkin, A Few Good Men

#4. “He’s not about to have clients go to jail for life when he knows they could be home in six months.” — Capt. Jack Ross, A Few Good Men

A Few Good Men Quotes on Army and Marine Life

#7. “It was what they were ordered to do. Out in the real world, it means nothing, and in the Washington navy yard it doesn’t mean a whole lot more, but if you’re a marine assigned rifle company Windward Guantánamo Bay Cuba, if you’re given an order you follow it or you pack your bags.” ― Aaron Sorkin, A Few Good Men

#8. “We joined the Marines because we wanted to live our lives by a certain code, and we found it in the Corps. Now you’re asking us to sign a piece of paper that says we have no honor. You’re asking us to say we’re not Marines. If a court decides that what we did was wrong, then I’ll accept whatever punishment they give. But I believe I was right sir, I believe I did my job, and I will not dishonor myself, my unit, or the Corps so I can go home in six months. Sir.” — Lance Cpl. Harold W. Dawson, A Few Good Men

#9. “Lt. Daniel Kaffee: How did you know where the mess hall was if it’s not in this book? Cpl. Jeffrey Barnes: Well, I guess I just followed the crowd at chow time, sir.” ― Aaron Sorkin, A Few Good Men

#13. “Is the colonel’s underwear a matter of national security?” (To the court after asking what Jessup packed for a one-day trip to Washington DC) ― Aaron Sorkin, A Few Good Men

Other A Few Good Men Quotes

#17. “We live in a world that has walls and those walls need to be guarded by men with guns.” ― Aaron Sorkin, A Few Good Men

#19. “You are like seven of the strangest women I have ever met.” ― Aaron Sorkin, A Few Good Men

Aaron Sorkin took the idiom “the third time’s a charm” to a whole other level. These A Few Good Men quotes capture the essence of the play, both scrupulously and accurately. They lead the reader to ponder and reflect. Moneyball (2011) and Steve Jobs (2015) are a testament that he will always be one of the most acclaimed authors of the industry.