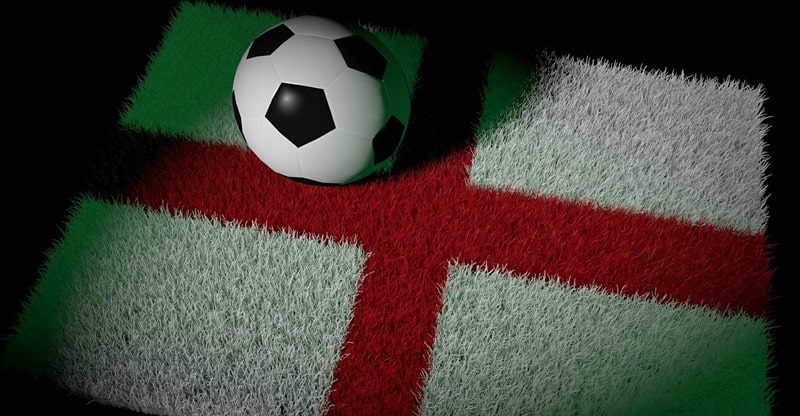 We all know that the Premier League is an extremely multicultural league. Hundreds of nationalities are seen across the entire country during the English Premier League season. And the increase in African players over the years is visible.

Because of that, today we bring to you a list of the 5 best African players last season, taking into account what they have done last year to help their teams in the League.

Mahrez was the only signing of Manchester City in 2018 and he arrived at the Citizens two years after becoming English Champion with Leicester. The midfielder arrived to occupy the offensive right side of the team, but did not yield what was expected at first.

Despite the ups and downs, Mahrez was a twelfth player in this 2019/2020 season. He didn’t start in many games, but his performance, when entering the games, was much better than in previous years.

A good example of this was the derby against Manchester United. The number 26 entered the second half, created a great chance and gave Luke Shaw a lot of work. The team undoubtedly improved in that match with his presence, even though they lost 2-0.

One of the best African players of the moment, the Nigerian arrived to replace a Frenchman in 2017. Ndidi was the spare part found by Leicester after the departure of N’Golo Kante. Of course, neither Ndidi nor Leicester repeated the feat of Kante and the team in 2016, but the midfielder did not disappoint.

Quite the opposite. Despite not having the same quality from the current Chelsea midfielder to take the ball, Ndidi is a tackling machine. In the last edition of the Premier League, of 125 tackles made, he was able to take the ball in 91 of them.

As the team is adept at ball possession, Ndidi is the one who fights to recover it most of the time. The effort is joint, but the role of the Nigerian ahead of the defense is essential for the quick recovery and the beginning of an offensive transition that is also fast.

So, if Leicester had one of the best defenses in the competition last year, it was really thanks to Ndidi.

Auba, as he is affectionately called, was a top scorer at Borussia Dortmund and had been repeating his feat at Arsenal. He landed in London in January 2018 and has been demonstrating his scent since then. He is now one of the best African players of his generation.

In the 2018/19 season, he was one of the top scorers (along with the other two Africans on the list), in the 2019/20, he competed with Jamie Vardy for the Premier League’s top scorer title. The Gabonese ended with 22 goals, against 23 of the Englishman.

Since arriving, Aubameyang has scored the most goals for the Gunners. Even though he went through three different technicians (Arsène Wenger, Unai Emery and Mikel Arteta), his efficiency has not diminished. On the contrary, it increased.

In the last season, he was the reference in the attack of the London team, taking the place of Alexandre Lacazette.

As much as he didn’t repeat his fantastic debut season, Mo Salah was still among the best players in the league. He’s Liverpool’s big name and perhaps the biggest media player.

The Egyptian was the second player to finish most in the championship (one shot less than Raul Jimenez) and, consequently, was the team’s top scorer. The Reds’ campaign with just one defeat certainly goes through his feet.

His decision-making power, which was already great, has been amplified. Not to mention that he also got close to being the top scorer, finishing the league with just 4 goals behind Jamie Vardy.

With a very accurate finish, Salah was the final target of the plays. In other words, Liverpool built for him to complete. Despite occupying the right side often, due to his hunger for goals, he always showed up in the final third to conclude.

When it came to Liverpool, Salah, Roberto Firmino and even Alisson stood out. However, with a humble and quiet job, Mane began to show in numbers how vital he was for this team to be a winner.

Mane was the best of the offensive trio in terms of tackling. That showed that he actively participates in the recovery process. And much more than that. It is possible to list a list of qualities that made the Senegalese the main athlete for the functioning of the team.

First, we can mention the speed combined with the breath. It is a powerful weapon for quick counter-attacks. Second, his dedication to marking and building plays. And finally, his power of inventiveness and decision. In little space, he can find an improbable but sure dribble or finish.

In all these aspects, Mane had demonstrated very regularly last season and, therefore, he was considered the best African of the 2019/20 season of the Premier League.

This current season has not been that different, with Aubameyang maybe being the only one in this list that is not showing the same skills as before. But the others are also living good moments and keep on helping their teams. You can also learn more about betting in a company mightytips where there is always fresh and truthful information about sports.

Don’t forget to follow the African competitions and check these players during the African Cup of Nations, representing their countries. You can see more about the competition online.