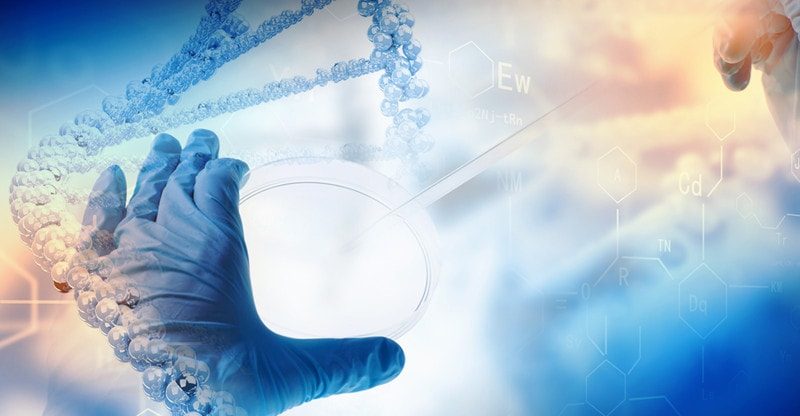 If someone were to tell you that there is a possibility to reverse the process of aging, one would laugh if this was a different century or perhaps give an unappreciative look due to how unorthodox the concept may sound at the time.

However, in the 21st century, the life sciences fused with cutting-edge technology are no longer just wishful thinking. Today, with multiple processes concerning age repression, the technology and concerned departments such as biotech are thriving.

However, the room leaves for a lot of questions. So, whether the aging process will be slowed down considerably but not completely halted? Or is it that the longevity factor will be enhanced while aging never ceasing to stop? There is much research undergoing within the areas of stem-cell rejuvenating, gene-therapy, and rejuvenation biotechnology that one would think that the futuristic sci-fi movies might become a reality.

However, before we begin any further, you should understand that the regeneration of organs and limbs or some form of therapies to extend the lifespan has not been achieved or materialized yet. Nonetheless, this doesn’t mean that the scientific community isn’t on the case. There have been talks regarding attaining these goals in the coming years.

Of all the things biotechnology is achieving and life sciences consulting furthering the processes in the right direction, rewinding aging is one of the top priorities.

Before speaking about where we stand with all our research and experiments and progress, let’s get some basic things out of the way.

So, What Is Aging?

To place it on a biological level, then the aging process results from the accumulation of a wide variety of cellular and molecular damage over time. The cellular error leads to a decrease in physical and mental capacity and growing vulnerabilities to diseases and, ultimately, death.

Of course, these factors are not consistent and appear to be different for each person; some experience a fast decline while others seem to be healthy even in their 80s.

In old age, the common health conditions that become apparent include hearing loss, osteoarthritis, diabetes, depression, back and neck pain, refractive errors, and much more. A lot of the time, in old age, one can experience multiple health conditions simultaneously.

Now that you are aware of the biological perspective, let’s look into the possibility of biotechnology and life sciences halting the process of aging altogether.

It Worked on Mice, To Certain Extent

George Church, a Harvard synthetic biology pioneer, stirred some rumors and debates when his co-founded establishment Rejuvenate Bio and co-founders came with evidence of successful age-reversing with gene therapy in mice.

If we go into detail, then the researchers gave mice three genes that were linked with longevity. The name of those three genes was: FGF21, sTGF2betaR, and alpha-Klotho. They took the challenge, and their age reversal goals quite seriously. They chose mice that were not genetically engineered to perfection but actually suffered from Type 2 diabetes, heart and kidney failures.

Their various experiments lead to particular successes, and they recorded their findings that include those combinations of FGF21, sTGF2betaR has the potential to treat all diseases mentioned above. Nonetheless, there were failures as well, and nothing has been written in stone yet. After all, they are mice and do not exactly have the same bodily and genetic makeup that we humans do.

“Science hasn’t yet found a way to make complex animals like dogs live forever, so the next best thing we can do is find a way to maintain health for as long as possible during the aging process,” said Church in a report by the Wyss Institute.

So, from mice to dogs, and then someday on to man? This seems to be his trajectory for now.

Dr. Church is also known for his bold predictions, such as the one concerning eradicating aging by the year 2030. In an interview with the show called 60 Minutes, Dr. Church explained that the idea or the process concerning age reversal does not necessarily include gene editing.

More so, it is adding extra copies of the genes that are failing to function. He also mentioned that currently, the clinical trial is on the digs, and it will take another ten years to start considering human trials finally.

Yes, there were many nay-sayers over the idea of gene-therapy within humans. At the very moment, there are many fears of dangerous side effects and repercussions associated with conducting human experiments.

If we could wrap up the conversation, then it hovers over-treating the faulty genes and adding more copies of healthy ones to the degenerating ones to boost the same life within the person and somehow stop cellular destruction.

What Can We Expect? Next 5 Years to Be Crucial

SENS is short for “Strategies for Engineered Negligible Senescence” collectively represents a scientific view that declares aging as an accumulation of specific kinds of cell and tissue damage with adequate evidence accounting for centuries from many diverse areas of medical science to support and back this up.

Moreover, although the idea of rejuvenation has been limited to science-fiction majorly, it has taken years of hard work for any evidence and ray of hope to appear to support the claim that rejuvenation, indeed, is an achievable reality.

SENS approach to aging is quite direct and less complicated as it targets damage repair and rejuvenation.

This brings us to the conclusion that the next five years will be critical because the first few start-up companies that are working on rejuvenation therapies following the SENS model of damage repair will show the results in a short period, indicating the future of this campaign against aging.

Now technical success does not necessarily translate into the rapid transition into available medicine for the masses. There is much to achieve, and considerable years to invest before the dream of health aging entirely becomes a reality. For now, those wishing for a youthful and healthy life can work on their nutrition intake and exercise.

Author Bio: William Patrick Slattery is the President and CEO of Nieuw Amsterdam Advisors, a life sciences consulting firm. He is regarded as one of the top marketing experts in the Life Sciences industry noted for combining a calm demeanor with a shrewd negotiation skill set that allows for navigating the most challenging business environments on behalf of his client firms.