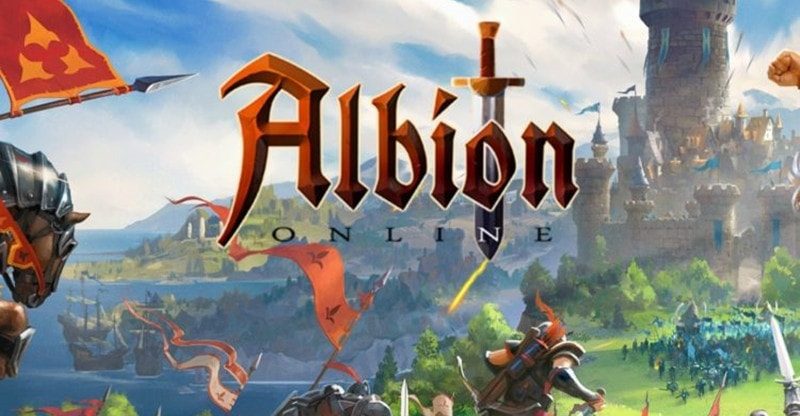 Albion Online is an MMORPG developed by the German company Sandbox Interactive that has stood out a lot due to its vast open world where basically players are free to define every aspect of it.

In this MMORPG players are free to perform any activity they want without having to follow any predetermined order, and also have the possibility to create their own equipment, which will define their skills, since Albion Online has a classless system where each player is free to choose and experiment with the skills they want.

In the world of Albion, the players are the ones who define the internal economy of the videogame, so the possibilities of Silver (the currency of this game) will depend on them.

Since the release of its latest major update called: Rise of Avalon, Albion Online has managed to increase its number of players enormously, so more and more new players are trying to venture into the huge world of Albion.

That said, many new players try to search among a large number of options, an activity where they can generate a good amount of silver constantly, so below are the most recommended methods for much silver in Albion Online when starting the game.

Crafting is one of the best ways to earn silver at Albion Online thanks to the great earnings it provides and because it’s quite accessible for most players. Obviously, craft items will almost always be more valuable than raw ones. For that reason, this method is more recommended than the previous one, although it requires a little more work and you should constantly increase crafting to increase profits.

The most common way to earn silver with this activity is simply to collect resources, then craft the possible items (the quality will depend on the level of crafting and the materials obtained), and finally sell the finished items.

To be able to engage in Crafting, you need to have this fairly advanced skill, which also means that you probably won’t be able to equip the craft items. You should also take into account that sometimes it will be necessary to buy the materials as well, which will end up affecting the profits.

In these cases, it is highly recommended to make deals with other players who are gatherers because they can sell the materials at much lower prices.

2. Collect Resources and Then Sell Them

This well-known method simply consists of collecting all kinds of resources (both refined and unrefined) and selling them on game marketplaces.

Although this activity does not generate such a large profit, it has the advantage of being extremely easy to do and does not require much knowledge about Albion, so it is perfect for those who are just starting out in the game, as it will help them understand all the basics about business in Albion.

When collecting resources, it is important to see them on the upper right side of the screen and try to always have a good amount of each one and that they are more or less balanced between them. If some element is missing in comparison with the others, you must prioritize its collection over the rest.

3. Opting to Buy Large Amounts of Silver with Real Money

Any activity to obtain Silver always requires a great amount of time that not everyone has available, and the farming of Silver is something indispensable to grow in Albion Online. Taking this into account, it is quite favorable for buying Albion Online Silver through some reliable gaming marketplace, such as Eldorado.gg, which has a platform that stands out for its simple interface, security in exchanges and good prices.

Finally, choosing Eldorado.gg is a good option if you want to buy large quantities of Albion Online Silver.

4. Hunt Monsters to Get Their Rewards

Hunting monsters is one of the most common activities to earn money within an MMORPG and Albion Online is no exception. This activity is always available and easy to do, but despite that, the gains of Silver that it can provide are not so good considering the effort that must be done to be hunting monsters constantly, especially in areas full of other players with the same objective.

However, for those who are just starting in this MMORPG, this method can be quite feasible to some extent, since it allows to know more about the areas and monsters in the game (including the items that are usually released after defeating them), and it is also an activity that will always be available.

5. Try to Know the Market and Master the Trading

A more advanced method, but one that also offers great benefits, is to engage in trading, especially for those who already have some knowledge of how the market works in Albion Online and of price fluctuations.

However, in order to successfully carry out this activity and avoid losses, it is necessary to have a lot of practice, as this way you will be able to know which products are more likely to increase in price and which are not. If you master your trading well, it can become the best way to obtain Silver in Albion, as successful speculation can generate profits of even 100% in many cases.

In general, the Albion Online market is fairly well balanced, so almost anything you want to invest in can generate good returns. Having said that, one of the resources with which it is most recommended to trade is Gold, since this is one of the most demanded resources by players, which makes its price fluctuate constantly and in quite large percentages.

6. Cooking and Then Selling the Food

Food is a fundamental resource at Albion Online, so the kitchen will always be in demand. Whether it is during the construction or maintenance of individual and guild buildings, food will always be needed, so having a good food production will be quite beneficial for ourselves and also for making a profit at Silver if we decide to sell it at an Albion Marketplace.

For that reason, it is essential to create your own farm in Albion as soon as possible, because as mentioned before, food is extremely important in almost any activity that takes place in Albion Online. In addition, in order to earn money from the kitchen, it will be necessary to build a farm, as this will produce the necessary resources for food.

Having explained all that, it is expected that these methods will help those players who start in Albion Online to be able to achieve an effective and simple way to obtain the necessary Silver to subsist and enjoy to the maximum this adventure full of possibilities.