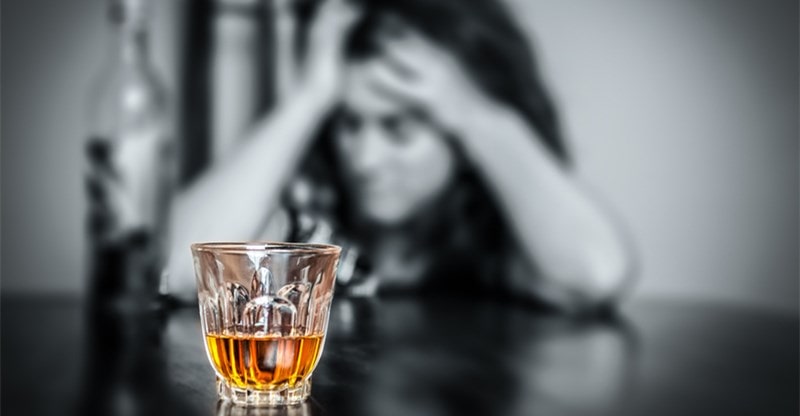 The use of alcohol is one of the most common activities in any society. Even though most people are harmless when they consume alcohol, in the long run, people can develop problems with alcohol drinking which can bring many negative impacts to their families and society as a whole.

The excessive consumption of alcohol can eventually cause alcohol use disorder (AUD) or alcoholism, where alcohol consumers develop an addiction to alcohol usage, which often leaves a negative impact on their lives.

There are many symptoms of AUD, such as spending large amounts of time drinking, prolonged periods of drinking or drinking too much, cravings for alcohol, the continuation of drinking regardless of the adverse effects on their relationships, sacrificing other activities for drinking, and repeated drinking even though it causes depression.

If you or a loved one suffers from alcohol addiction, get one step closer to sober living here.

Depression is a mood disorder, where there is a continuous feeling of dejection and sadness, which also leads to a disinterest in things around them. It can have negative effects on how the person thinks, feels, and behaves which can eventually lead to emotional problems. It has been calculated that depression accounted for more than $210 billion in losses in 2010, which is an economic problem due to the costs incurred in workplaces, or suicide-related expenses.

Depression can infiltrate into every corner of someone’s life and cause a huge impact on those around them, such as their families, friends, and workplace. In addition, alcoholism also increases the risks of developing other diseases, which pushes the person towards more risk of suicide.

As a result, a combined effect of all these can cause a decrease in income as the person would often be absent from work due to depression, which can eventually cost them their job. People who are at high risk are often those who are in depression and other issues such as smoking and eating disorders are also common.

How Can You Tell If A Person Is Depressed?

Depression can be diagnosed if an individual shows symptoms for at least two weeks such as a loss of interest in activities, tiredness, insomnia, suicidal thoughts, inability to concentrate, sadness, and feelings of guilt. Depression is a common illness, where it often develops during the early teenage years of a person.

Compared to males, females are at higher risk of developing depression during their lifetime. It can develop from different factors, where it could be due to genetic history, personality, and even environmental factors that can contribute and lead to a person developing depression.

The Link Between Alcohol And Depression

Depression and alcohol are linked in several ways. Alcohol could be a coping mechanism for depression in some people, while for others, alcoholism could also lead to depression due to the negative impacts of alcoholism.

As a coping mechanism, alcohol could provide some relief for depression, however, it can worsen depression eventually as the effects of alcohol are only temporary and once the effect is gone, the feelings of depression can spiral further. Alcohol abuse with depression can place the person in a vicious cycle, where their alcoholism can cause the person to experience financial problems to afford alcohol addiction.

In addition, the negative effect in their workplace could also cost them their jobs, further reducing their income levels. Furthermore, as the alcoholism and depression worsens, it starts to take a toll on their family and friends’ relationships.

Often, treatment for depression is given as antidepressant medications, where they can help to change the neuronal chemistry in the person’s brains to stabilize the person’s emotions so that they can better cope with their everyday lives.

In general, antidepressants will not cause addiction, however, as with all drugs, overconsumption can cause addiction. This treatment would be useful when treating patients who have depression and alcoholism, but not for those who have substance abuse as they could potentially abuse the drugs.

The primary effects of antidepressants are quite fast, where it takes around one week to experience its effects. However, the full effect of the drug often comes in in the long run, which takes months to take effect. This is also the reason why doctors often prescribe these medications even after the symptoms are gone, as it is hard to determine if the medication was effective or suitable for the patient.

Other treatment options such as talk therapy have also been gaining popularity in the market, where it gives positive reinforcement for the individuals through helping them to cultivate better habits that are suitable for their everyday lifestyles. One example of this is cognitive-behavioral therapy (CBT) which helps individuals solve their problems by helping to change their thinking and actions.

CBT has been a useful treatment for people suffering from depression and alcoholism, and it helps to prevent relapse in alcoholics. The way it works is that it teaches different skills to each individual to help them cope with their behavior. It is a preventive measure to help and prepare the individual on how they should react when they face a problem.

In the long run, the skills and habits cultured during the therapy should stay with them for a long time, ensuring that they will be on a road to recovery.

Both medicational treatment and therapy should be employed simultaneously to ensure effective treatment for the individual. Just medications alone are not useful as the individual is unable to properly develop positive habits which would be beneficial for his recovery, while just therapy alone could still cause the individual to experience negative feelings post-therapy sessions.

Both depression and alcohol abuse is a very challenging problem not only for the patient, but also for those around them, and to be suffering from both could seriously worsen both conditions. Treatment for the conditions should target both conditions, and just treatment for one only one condition would increase the chance of relapse.