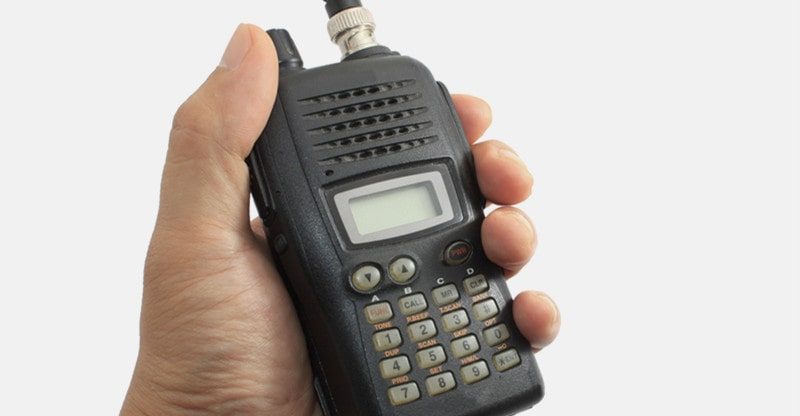 During a disaster, when power and cell towers go down, amateur radio can be used to communicate life-saving information to help those affected by natural disasters.

In this article we will explain:

How does amateur radio work?

Amateur radio is a hobby that is enjoyed by thousands of people around the world! Here’s a general overview of how amateur radio works:

There are three main components to any ham radio equipment – the transmitter, receiver, and antenna.

The transmitter is what sends the information through the air. In a typical amateur radio system, the operator’s voice or Morse code is translated into an electrical current via a microphone. This current passes through a device called an audio amplifier, which makes it stronger.

The stronger current then passes through another device called a modulator, which translates it into an alternating current (AC) signal. This AC signal is sent to the antenna, through a cable called coaxial cable. The antenna then sends the signal out over the airwaves.

Who can use it?

The short answer is anyone. The only age requirement is that the operator must be at least 16 years of age, and must either hold a General or higher Amateur Radio License or be working on getting one. That’s it.

Amateur Radio is a very popular hobby among people of all ages, with the average operator being older than 50. The hobby transcends the generations, however, and teens and young adults are active participants as well. It is terrific for families to learn together, and many local organizations have one or more operators as part of their club activities.

What are the limitations?

There’s only one way to find out, and that’s to try it!

Amateur radio is a hobby, and a very compelling one. It’s the world’s largest contester sport. You can talk to anyone, anytime, any place. There are no limits. No holds barred.

How amateur radio might be helpful during a disaster?

Amateur Radio is now a very accessible hobby. It’s simple and inexpensive to get started and once you have your equipment setup, you can communicate around the globe with other amateurs at no charge.

In fact most of the time you have a conversation with someone in another country you will never be charged anything for it. You’ll be surprised how many interesting people are out there who share your interest in electronics and talking on the radio.

Amateur radio is all about having fun but that doesn’t mean that it isn’t useful for other things as well.

Communication during a disaster

One very important aspect of ham radio that is often overlooked is its importance as a communications resource in disaster scenarios.

Radio communication infrastructure is vulnerable to natural disasters such as hurricanes, tornadoes, and earthquakes that can topple the towers and lines used by commercial and emergency services. While commercial power sources can also be disrupted, ham radio can provide radio communications when all else fails.

Using two-way radios in the VHF or UHF bands, you can relay information from one side of an affected area to another. This might be between a hospital and a mobile headquarters, or between emergency services and their vehicles. You can communicate with anyone in your radio network who has a repeater, even if you don’t have the repeater yourself. It’s not that hard to get a radio license – it’s free. If you want to help during a disaster, take an hour and apply for a license.

Amateur Radio is very important during disasters. During hurricanes and floods, it’s an effective communication tool. During power outages and other emergencies, Amateur Radio operators can help notify the authorities in case of hazardous conditions at home or business. They can also help disabled people, like those who are wheelchair-bound or who cannot walk, get the help they need.

During terrorist attacks, they can report on the situation on the ground, often from the scene of the attack itself. Amateur Radio provides vital communication links between government agencies, businesses, relief agencies and individuals in case of a disaster.