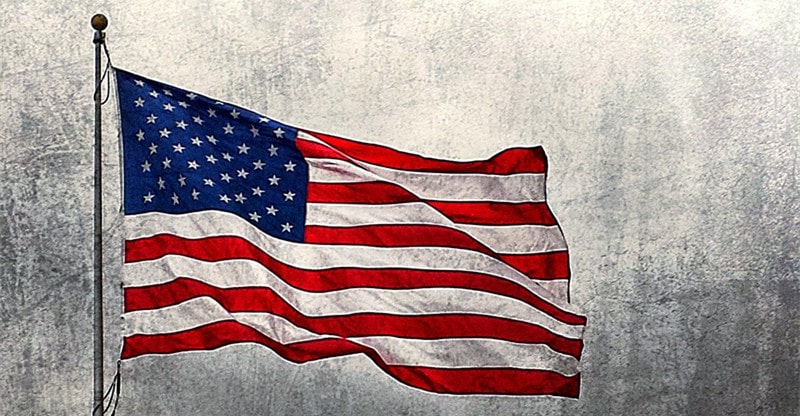 It’s one of the most easily recognized flags in the world. We know that it’s red, white, and blue and it’s got 50 stars on it, one representing each state. But besides that, what else is there to know?

The American flag has quite a few interesting facts behind it; some you might know about, others you might not. The US flags are often used during a celebration or expressing patriotism to name a few. Before you consider purchasing one, it wouldn’t hurt checking which material will best suit your needs, and even understanding the story behind the American flag.

Which is why we’ve collected 6 of the most interesting facts that you probably didn’t know about the American flag.

You probably heard the name Betsy Ross tied to the name of the American flag. Legend has it that she was commissioned by George Washington to design the flag. Other stories claim that she was to sew it based on a sketch that he made, and still other stories attribute only the sewing of the flag to Ross.

The fact is, none of these stories are correct. Perhaps people saw themselves in these stories, which is why they took off. The fact remains that her name never came up until 40 years after her death in 1876.

So if it wasn’t her, who was it? The 50-star flag was designed by a high school student by the name of Robert G. Heft as a class project. It’s been the flag used ever since 1960. By the way, Heft was given a B- on that project!

Every time a state would join the union, a star would be added. The current stars have five points, but it wasn’t always like that, as they first were introduced with 6-points.

The number of points on the star as well as their arrangement would vary during the 18th and 19th centuries, from arranging them in a circular fashion to more haphazard fashions; sort of like an old-time ‘photoshop’ for artists and flag makers alike.

An executive order by President Taft in1912 provided that stars be arranged in six horizontal rows of eight stars; a single point of each star pointing upward. Under President Eisenhower, the arrangement of the stars would be in nine rows horizontally and eleven rows vertically.

The alternating red and white stripes have always been 13, except when Vermont and Kentucky entered the union, respectively. At that point in time, a new flag was made with 15 stars and 15 stripes.

While the stars could be arranged in a way without taking up much space, the stripes posed a problem; actually, a huge and elongated problem if a stripe were to be added for every state. It was decided that the stripes remain 13 to represent the original 13 colonies that broke away from Britain.

The colors aren’t just any old red, white and blue, US flags are specific in colors; white, old glory red and old glory blue. The white represents hope and purity as well as organization in life.

Red represents zeal and valor. The blue signifies loyalty, truth, and awareness and may also have a reference to God.

What’s in a name

People call the flag by all sorts of other names. The most popular names would be: The Star-Spangled Banner, the American flag, Red, White and Blue, Stars and Stripes, and Old Glory. It must be the only flag in the world that has so many names.

But none of them is the official name. They’re nicknames; even the American flag is just a nickname. The official name of the flag is “The flag of the United States of America.”

Like people who were once stars on the screen or stage, you might ask, “Whatever happened to them?” There were six flags planted on the moon’s surface by the Apollo 11 crew in 1969. It was reported that the three Apollo astronauts experienced some difficulty getting the pole deep enough into the lunar soil.

There were also technical problems with the full apparatus, designed to keep the flag upright and stretched in an atmosphere that carries no wind. A United Nations treaty saw to it that neither the USA nor any other country can claim the moon as their territory. However, the symbolism of the American flag up there is powerful, but most likely those flags aren’t around now.

Whether you call it by its official name or use a nickname, the American flag has an interesting history and undergone many changes. The current flag is the 27th version and the longest one that has been used thus far; 50 years. It represents the values of Americans as they wave it with pride at home and elsewhere.