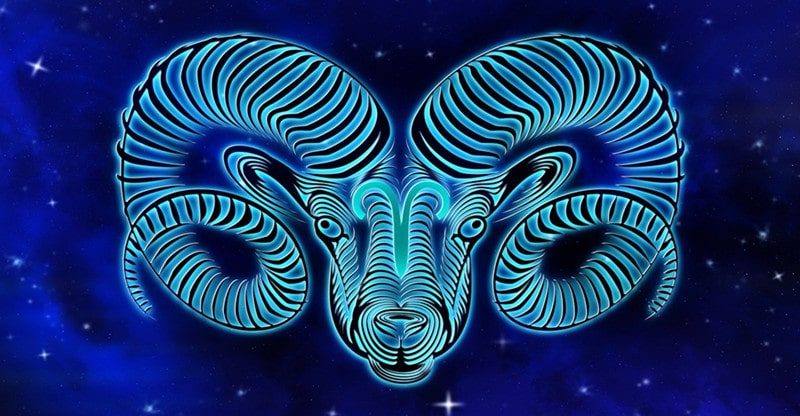 Aries is a relatively small constellation and not too bright – without a telescope, even in a clear sky, you can see only a few stars. If you are planning to order a star map design, be sure to include a plot with Aries in it, because it has a beautiful and long history.

Aries refers to the zodiacal constellations located in the strip along which the Sun, Moon and stars move. Of course, this is how it can be seen from the Earth.

In different cultures, this cluster of stars had different names, but the version of the Greeks and Egyptians, whose perceptions coincided and were confidently associated with a ram, took root, survived and was accepted by the international astronomical community. The Greeks had a golden ram, and it was sacrificed to Zeus, the Greek leader of the gods. By the way, according to one of the Greek myths, the Argonaut hero Jason found the fleece from the golden ram.

Despite such a long mythological history, the constellation Aries received official status only in 1922, when this fact was recognized by the International Astronomical Union. I had to tinker with its borders, only eight years later they were determined. The merit for this is the French astronomer Eugene Delport. Its name is translated from Latin as “ram”.

The constellation symbol ♈ represents the horns of a ram. Since that time, the cluster of stars, which was known to our ancestors even before our era, received official status. By the way, in astrology, it was recognized and formalized long before astronomy.

Place in the sky and noticeable stars

Place Aries between Pisces in the west and Taurus in the east, Northern Hemisphere. It is best to observe it at the beginning of winter, in the evening.

Aries is the 39th largest constellation in the sky, occupying 441 square degrees. Next to him are the constellations Whale, Perseus, Pisces, Taurus and Triangle.

Alpha, Beta and Gamma are, as usual, the three brightest stars in the constellation Aries. Alpha also has its own name – Hamal. It is a magnitude 2.0 red giant, roughly the brightness of Mars when the planet is farthest from Earth.

The second largest, Beta, also has a personal name. She is known among astronomers as Sheratan. And this is already a blue and white star, not at all like her sister. The gamma of Aries is also different from its sisters – a star named Mesartim is double, and both components are white.

By the way, six Aries stars have their own names, all of them are approved by the International Astronomical Union (IAS). In addition to Hamal, Sheratan and Mesartim, these are Bharani, Botain, Lily Boreya.

Btw, did you know that you can name a star? There are sites like Star Register, which give you the ability to buy your own star name. Pretty cool, huh? It’s a great and super unique gift idea for someone special in your live.

But the constellation Aries includes more than just stars – it has several significant nebulae or galaxies. The most important of these is probably NGC 772, a galaxy 100 million light-years from the Milky Way (our home galaxy) with a protruding spiral arm. And Aries also has its own planetary system. Her name is 30 Ari, her sun is a gas giant with four orbiting stars, and her planetary system lies about 136 light years from the Sun.

Aries in history and mythology

But in ancient Babylon, this constellation was associated not with an animal, but with a man – a farmer. The name itself was changed to Ram, but its meaning, as well as the reasons for such a change, have been lost over time. In the new Babylon, the constellation was also closely watched.

In the 7th century BC, the zodiac was revised by placing the alpha Arietida, Hamal, very close to the vernal equinox, which is why Aries became so prominent among the zodiac signs in astrology. Actually, it was so then, but now the vernal equinox is already in Pisces. However, in 130 BC. It was located south of Mesartim and was considered the starting point of the zodiac.

As already mentioned, the Greeks had Aries of gold. It was he who saved Phrix and brought him to Colchis, and was subsequently sacrificed. The ram skin he placed in the temple was the Golden Fleece.

Frix and his twin sister Helle were children of the Boeotian king. They had a stepmother, Ino, who hated them and wanted to get rid of them. It was she who came up with a cunning plan, the purpose of which was to force the children to be sacrificed. And she would have succeeded if it were not for the mother of the children.

The cloud nymph Nefele sent a golden ram to save them. He saved them, but Helle broke loose and drowned in the sea. And Frix sacrificed his savior to the gods. However, not in vain – later he exchanged his fleece from the king of Colchis for the hand of his daughter Chalkiopa.