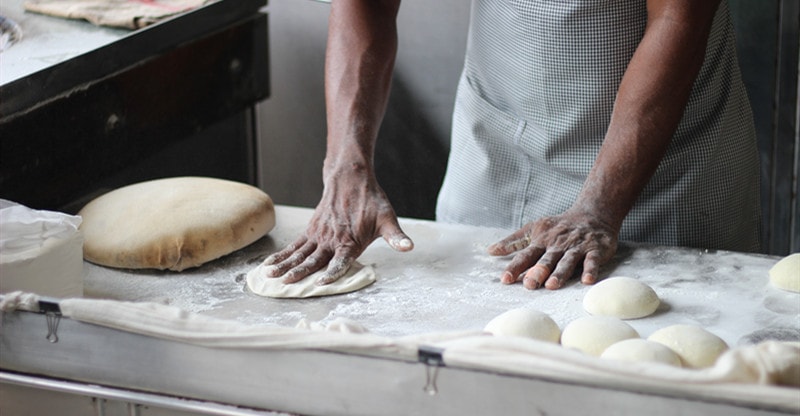 Hospitality is an ancient concept that, at its core, refers to welcoming someone and accommodating their needs. Although its practices change by era and geography, its core values still involve practicing generosity and courtesy both to friends and strangers.

Hospitality is also part of an ancient tradition in the Middle East, and stories from all three Abrahamic religions’ texts reflect this. Perhaps one of the best contemporary descriptions from a Westerner encountering Middle Eastern hospitality for the first time comes from Gertrude Bell, the British archaeologist, linguist, and greatest mountaineer of her age.

In a description of her hosts in the Negev Desert, she asked how her hosts’ rural economy could provide a sheep and an enormous rice dish for each of their guests, and they said to her: “Where is the inn in this wilderness?”

There’s an expression you might have heard that perfectly describes this type of hospitality. In Arabic. It’s “baynatna khubz wa milah,” but it’s loosely translated into English as “there is bread and salt between us.” The culture of bread and salt in the Middle East isn’t just a tradition for welcoming guests, as it is in Eastern Europe.

In Arab culture, it’s more than that: it’s an expression of an alliance that’s formed by breaking bread together. It says that no matter who you are and what’s happening in the world, two people who share a meal together have an unbreakable bond.

Why Bread and Salt Mean So Much in the Middle East

The origins of Eastern hospitality are hard to pin down, but that it took hold in the land that produced the three Abrahamic religions is no surprise. The hospitality customs of the Quran, the Torah, and the Bible are numerous and prescriptive.

Hospitality, in these texts, relates to two distinct groups of people: the resident host and the traveling guest. The stories of these texts largely take place in environments that are harsh and where helping a traveler was the difference between giving life or ushering in death.

Historically speaking, residents of these places were quick to offer, not just simple food and water, but also coffee, camel’s milk, and dates.

Walk into a home in the modern Middle East today, and you will still be treated with the same warm hospitality as a traveler from the stories written thousands of years ago. Yesterday’s dates have now been replaced with syrupy, dense sweets called ghraybeh if you’re in Lebanon or om ali if you’re in Egypt. This warm welcome also extends out of the home and into restaurants.

In Syria, restaurants aren’t necessarily a place of pretense and finery. Instead, they are a personal experience where people return again and again because they get to know the servers and the chef, and they feel that they’re an important part of the restaurant’s structure.

And luxurious sweets aren’t the only things that show up on tables. Middle Eastern food culture is as diverse as it is delicious, and the food also happens to be incredibly healthy. Think of the Mediterranean diet but with complex spices, ancient grains, fresh fruits, fragrant greens and, of course, all the healthy fats of nuts and freshly-pressed oils.

The rich nutrients found in regional dishes bond people together in ways that go beyond breaking bread. The people celebrate shared health as the ingredients heal their bodies.

What Bread and Salt Can Teach Everyone

Middle Eastern dishes have leaked into Western cultures. Staples like pita bread and hummus are now popular “health” foods and are easy to find around the world. But what lies under the surface is the same bread and salt principle: when you share hummus, you share a bowl together, communally. There’s a bond created.

What can we learn from the Arabic form of hospitality? We learn that it’s okay to be intimate and vulnerable with people outside our closest friends and nuclear family. Eating together is one way of doing that, but so is having after-dinner discussions, making passionate arguments over coffee, and sharing thoughts and giving support whenever it’s needed with no expectations of repayment.

These things bring out our common humanity. They alleviate loneliness and ensure that no matter what, whether you’re wandering the Jordanian desert or you’re in the heart of the city, you’re not alone.

Blatant individualism is slowly being rejected, even in cultures like the United States, which is built on the cult of the individual. You can see this rejection in movements like home swaps or Airbnb, where people open up their homes to strangers to provide a more intimate mode of travel and invite new insights into their personal spaces.

One way you can do this is to practice hospitality at home. This is difficult at the present moment due to social distancing requirements, but you can prepare yourself for it.

You can prepare by checking in on those in your life who are vulnerable and offering to help them with what they need. You should also check in on those you don’t perceive as vulnerable; they often need more help than anyone realizes.

It’s also a great time to prepare your home for eventual guests. Give your kitchen a deep clean and tackle all those areas that often get missed like your cupboards or your drain. A stinky drain is far from welcoming, and cleaning it is a simple matter of using water and some of the products you already have in your cupboard.

Finding things that bring a peaceful energy into your home can also have positive impacts on your life and encourage you to be more open and generous with your time and resources.

The story of Arabic hospitality is a long one, and there’s much to learn from it. Remember that it’s important to do your research and really think about what practices you want to adopt and why.

There’s nothing wrong with learning and growing by experiencing other cultures’ ways of life, but it’s important to try to avoid cultural appropriation when you can. Always acknowledge the origins of your ideas and practices, and remember that taking on other people’s ideas isn’t a substitute for diversity.