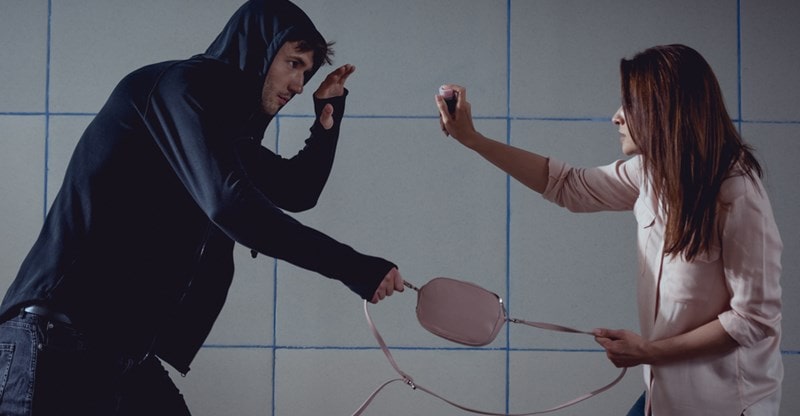 Self-defence is something that’s becoming more important in the modern-day. Unfortunately, there are people out there that feel the need to harass others in the street which means we have to stay prepared for all situations. We can arm ourselves with non-lethal self-defence weapons to help mitigate situations but we can also learn things to avoid them altogether.

Here we are going to take a look at some tips and tricks for you to avoid this kind of harassment in the street.

Looking into self-defence classes is one of the best ways to understand situations that could go south and how to deal with them. Martial arts are an ancient method of protecting yourself in a way that isn’t offensive. The purpose instead is to defuse and control the situation.

Karate, Taekwondo and other forms are designed to neutralise an opponent in the safest way possible instead of attacking them for the purpose of harm. You’ll learn to stop an attacker and control the situation, giving you enough time to either call the police or make a run for it.

People study martial arts for years and there is plenty to choose from. There are also self-defence classes that teach you to disarm people and stop them from attacking using techniques involving pressure points and sensitive areas.

There are many different concealed weapons you can carry that aren’t designed to permanently damage your attacker, instead, they are designed to stop the attack and make sure they don’t continue. Pepper spray is the most popular form of non-lethal weapons that causes temporary blindness and excruciating pain in the face of attackers.

The active ingredient is chilli, so when aimed at the nose and mouth it causes the mucous glands to inflame and the eyes to close. This pain lasts up to an hour and will stop any attacker in their tracks.

When it comes to buying self defense gear online it’s important to look at every aspect. Some people find carrying pepper spray enough to feel protected but others do not. In these situations, you can look at some other forms such as the tactical pen, stun guns, or Kubotans.

The tactical pen is something that’s easy to conceal and can get you out of many different situations. They look like a pen, write like a pen, but are made from reinforced material with a solid end for stunning your opponent when hit in the right pressure point. Aim for the chest or the neck and your attacker will be immobilised for a few minutes giving you enough time to get away.

These sit in between lethal and non-lethal for me. Whilst they don’t cause prolonged damage, it’s still dangerous to hit someone with enough voltage to knock them out. They work by using compressed gas to fire two prongs into your attacker and shooting a high voltage into them.

No matter how large you are it’s going to incapacitate you for 30 seconds at least of shocking power. If it’s not enough you can always click the trigger again to administer another dose.

This category is for things such as batons and slingshots. A concealed baton is a great way to give an attacker a knock they will never forget, but get them in the wrong place and you could cause some serious harm.

Despite the fact they’re attacking you, it could end in a court case against your favour so be careful when using them. Go for the legs or the arms to cause enough pain to dissuade them from attacking you.

Slingshots are essentially handheld guns and most of the time you won’t have enough time to get one out, load it and fire it anyway.

If you’re being harassed at home by neighbours or people coming over to your home and being threatening then there are plenty of ways you can defend your home. House alarms, window alarms, even dog alarms can be installed all over your house dissuading people and animals from approaching.

With modern technology, you can now get smart doorbells that capture a picture of those standing at your door whilst giving you the option to talk to them. Sound the alarm if you don’t want them there or call the police.

When it comes to facing an attacker, the best thing you can do is try and leave it to the authorities to deal with. This is easier when you’re in your home than it is out in public but if you can get them involved then you won’t have to go through the painful task of defending yourself and potentially getting yourself in trouble. But do whatever you need to do to stay safe.