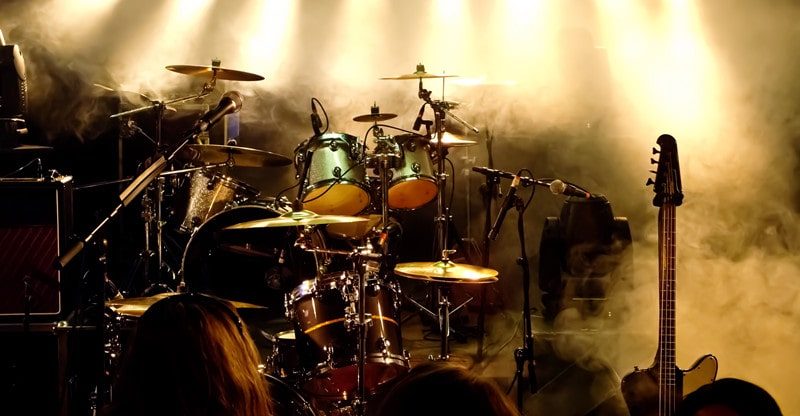 So many bands changed their lineups through the years, and others even decided to split up when things went bad for them. But, do you know that there are bands that still keep the original members, rock the music scene, and sell millions of tickets for their live concerts?

Sometimes it works as a reunion, but in some cases, bands are active for decades. Maintaining the same lineup for decades is not an easy thing to do. Many groups have fallen apart because of their internal relationships and when a key member gives up on the career or dies.

So many of them changed the lineup a couple of times, like Guns n’Roses, Iron Maiden, Fleetwood Mac, Destiny’s Child, Sugababes, etc. But, many can handle the whole pressure and stay together, becoming even stronger as time passes.

Who are they? Let’s find out:

Chris Martin and his mates have been together since 1996 and are still active on the scene. They had many successful albums, singles, and concerts together.

The other members are named Jonny Buckland (lead guitar), Guy Berryman (bassist), Will Champion (drummer), and Phil Harvey (their manager).

The interesting thing about Harvey is that he doesn’t sing or play any instrument but is close to the band members, even during the period he took time to get rest from them. He is well-known as “The Fifth Member” and sometimes appears in their music videos.

But, when it comes to musicians, Coldplay is one of those who still have the same lineup for almost 25 years now and gave us lyrics that are timeless and quotable even on social media.

The lead singer Shirley Manson has a loyal team here. That helped them stay on the scene for almost 30 years, even though they took some brief breaks during that time.

You probably know the popular songs like “Cherry Lips,” “Androgyny,” “Only Happy When it Rains,” and the legendary Bond theme “The World is not Enough.”

Duke Erikson is a lead guitarist and co-founder of the band, together with the other guitarist Steve Marker. The producer Butch Vig plays drums for Garbage, even though he has many successful producing stories behind him.

The best thing is that Garbage is on tour as a supporting act for Tears for Fears.

Rammstein can be scandalous and controversial, but no member has ever left the band or been kicked out. They don’t even get late for their concerts and rehearsals. Every time someone missed it, there was a strong reason behind it.

The band is popular in Germany and the whole of Europe, but their creativity and great work are recognized globally.

Together with the main vocalist, Till Lindemann, the band consists of Paul Landers as a guitarist, Christoph Schneider as a drummer, Christian Lorenz on keyboards, Richard Kruspe as vocalist and guitarist, and Oliver Riedel as a bassist.

It seems like there is no need for a change in the Rammstein lineup.

This is another successful band that has kept the original lineup since 1994. They have so many successful albums and concerts behind them. The audience loves Muse because of its unique musical expression.

With Matt Bellamy as lead vocal and guitarist, Chris Wolstenholme as bass guitar and vocals, and Dominic Howard on drums, there is no question about why they are so successful.

Their performances are always energetic, even though they maintain the melancholic rock style. With songs like “Supermassive Black Hole,” “Uprising,” “Resistance,” and “Undisclosed Desires,” they collected so many awards through the years and sold millions of copies of their albums.

U2 are legends, and no one can deny that. Bono, The Edge, Larry, and Adam have the recipe for maintaining a successful career for more than four decades.

As a matter of fact, they had another member in their lineup before the band became popular and commercial. But, since their first official song and album, the lineup has been completely the same.

You can love or dislike U2, but it’s a fact that they are one of the most consistent bands on the scene, always standing on their grounds and nurturing the recognizable musical expression.

If we need to take a great example of band consistency, that would be Radiohead. They are almost 35 years together, and the main five mates still rock the music scene.

Radiohead is an English band with Thom Yorke as vocalist, guitar, and piano player. Brothers Jonny and Colin Greenwood are with Yorke from day one. Jonny plays lead guitar and keyboards but also knows how to play many other instruments. Colin is one of the best bass guitar players in the world. Then, Ed O’Brian is a guitarist who sings the back vocals in most of the songs. Also, Philip Selway is their drummer.

For many years, they released great songs like “Creep” and “Karma Police.” It’s no surprise that their relationship resulted in Rock and Roll Hall of Fame induction in 2019.