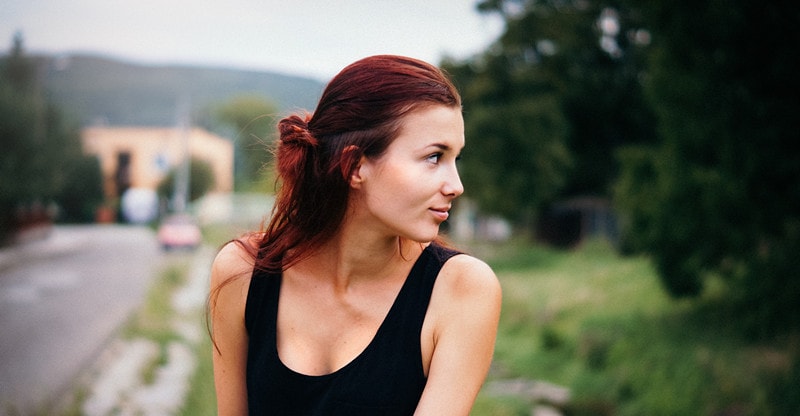 Breakup often causes us to search for a substitute for our ex. Both single men and single women are inclined to do that, forgetting the fact that happiness is an unlikely outcome from such a decision.

Your ex should stay in the past and you should yearn for a new relationship if you want to be happy, instead of searching for your ex’s doppelganger.

The main problem lies in the fact that we are more or less dependent on our partners. We get used to them, and when they leave us we feel the emptiness in our life and feel the urge to fill it as fast as we can.

Of course, the idea of filling the blank space with a new partner is quite suggestive, but you are most likely to get nothing but regrets. This scheme won’t work, as you would try to duplicate your previous relationship.

Duplicating your previous relationship is almost unavoidable. When I broke up last year, I thought that I could just jump into a new relationship, but the ‘ghost’ of my previous relationship continued haunting me. Thus, I continued to compare my prospects to my ex. The main reason behind that is the persona I’ve developed while I was in the relationship. I guess we all tend to develop one, at least when we are young.

I remember one of my friends trying to act according to the same scenario in every relationship that she’d entered. All of her romances lasted no longer than a year. Moreover, all her boyfriends resembled each other more or less. To avoid repeating the scenario, we should bury the past and stay single for a while and engage in rediscovering and reinventing ourselves.

The Stigma of Being Single

I often get a feeling that being single has been stigmatized for ages, but nowadays it seems it has reached a fever pitch. When I first came to the conclusion that I should stay single for a while, a lot of my friends looked at me like I was crazy or something. A lot of people stay in a relationship they are not happy about, only because they are afraid of being lonely.

The vast majority of youths nowadays dread the sole idea of being lonely, and that’s probably the reason why we end up in a relationship that doesn’t bring us happiness so often. Instead of taking time out and spending some time figuring out whether we really want a relationship, we just jump onto another ship as soon as the one we are in sinks. But the main point is that we need to be single from time to time, at least to understand ourselves better.

The very first thing we miss when we are in a relationship is the absence of alone-time, as well as the absence of the decisions made on our own. We are, more or less, dependent on the moods and interests of our partner. And that’s why we keep on acting according to the scenario of our previous relationship in our next one.

The main point about staying single is learning a lesson, learning a thing or two about yourself, that’s why just avoiding the relationship won’t do. You need to use all the opportunities that you get from being single. So, let me tell you about the possibilities that your single status could give you and how to benefit from them.

The Benefits of Being Single

You need to shrug off the old you and bury the old you together with your past relationship. Some people manage to do it by staying where they were, but it doesn’t work for everybody. That’s why you need to use each and every possibility that being single gives you.

1. You Can Travel Wherever and Whenever You Want

“No, I’m not in the mood for that…,” “Oh, why do you need to go to Hong Kong when we have Chinatown?” “Oh, forget about Paris, we can have a good time here, can’t we?” You’ve probably heard something like that from your ex. You’ve had lots of trouble picking your traveling destination point. Whenever you were in the mood for traveling, your partner wasn’t.

Now that you are single, you can travel whenever and wherever you want. Of course, you want to stay in your house and engage in pitying yourself after the breakup, but it’s not the healthiest thing to do. Moreover, if you get stuck in that mood, you can easily get a severe form of depression.

Traveling somewhere would distract you from your memories and depression. You would get a new impression, and in the end, you would become a new, more interesting version of yourself. A version which would be more appealing to your prospective partners rather than the self-pitying version of yourself. So, pick someplace that you wanted to travel to and take a trip there.

2. You Can Devote More Time To Your Friends

Although I knew that attention switches a bit from friends when you are in a relationship, I had a feeling that I’ve sort of betrayed them. Partners often become both our friends and lovers. It is great, until the breakup. At first you may get the feeling that you don’t have friends anymore.

So, now that your relationship is over, the best way is to spend more time with your friends. Talk to them, discuss your feelings about the breakup, or just have as much fun as possible with them. Moreover, if you want to travel somewhere, why not travel with your friends? When I needed to get over my breakup, it was my friends who took me on a trip.

Anyway, staying in touch with your friends is crucial, as it prevents you from thinking over and over about your broken heart. You should devote more time to your friends in order to avoid depression.

3. You Have a Lot of Time To Improve Yourself

Here we need to be honest with ourselves. There is always a couple to blame for a breakup. It’s not just you, or a more typical conclusion that we come up with, it’s not just your partner. Whether your partner was wrong for you or you were wrong for your partner, you are both to blame. As one of you hadn’t recognized it from the very start or pretended not to recognize it just to avoid the stigma of being single.

Think about all those moments and you will find a lot of mistakes that you should avoid in your next relationship. Now, you know when to speak and when to keep quiet. Without working on your mistakes you are bound to repeat them over and over. Thus, your new relationships are going to end in a breakup.

You have a lot of time to improve yourself while you are single. No one is going to discourage you from doing anything except yourself. So, use this time to learn something new or to do something new.

Forget About the Stigma

If you don’t want to engage in a new relationship right after the breakup, then forget about the stigma and don’t do it. You should embrace your being single and get all the benefits that you can from it. Although it is hard to believe that there can be something about being single, you should observe it just as a mere possibility to learn something new about the world and about yourself.

Being single allows you to become more self-reliant. Romance is great, but a lot of people forget that they matter too when they are in a relationship. It is quite easy to make your partner the single subject of your life, but that won’t lead you anywhere. If that was the kind of your pre-breakup relationship, then you are in big trouble, and you should embrace being single as an opportunity to fix things.