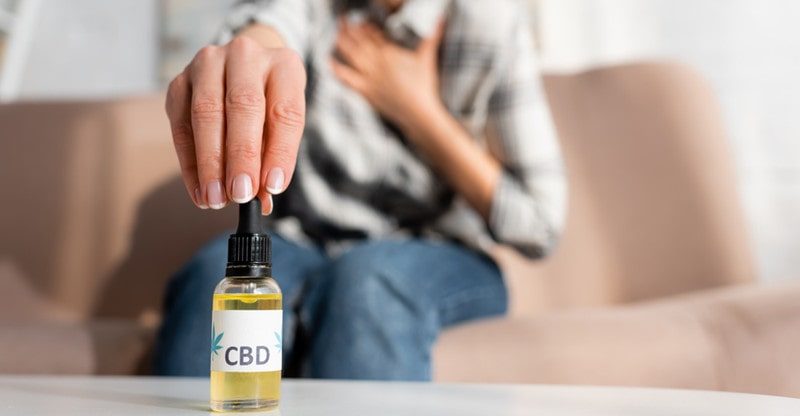 Cannabidiol (CBD) is a cannabinoid found in the cannabis and hemp plant. CBD has become a popular product because of the wide range of benefits it can provide. CBD products come in many different forms. There are benefits of smoking CBD, using isolates, using tinctures with oil, and using edibles. Like with any product derived from cannabis, how it will affect a person is based on that individual.

CBD is the second most prominent cannabinoid found within the hemp plant. It is commonly found in medical marijuana. While derived from the plant, CBD doesn’t produce the high associated with the plants.

Unlike tetrahydrocannabinol (THC) that binds primarily to the CB1 endocannabinoid receptor, CBD has the ability to bind to both but does not directly trigger the same responses that THC does.

To be effective, the CBD must undergo a process called decarboxylation. The process is done by creating a reaction that is brought on by the use of heat. Like THC, CBD does not live up to its potential without this process.

Methods of consumption for CBD include smoking, edibles, topicals, and oils. There are many places where CBD is sold in over the counter varieties. The most important part of purchasing this way is to check the third-party testing information that should be visible on the product.

The Effects of CBD

Research has been done on the topic of users and the effects of CBD, since being legalized through the passing of the 2018 Farm Bill. This bill legalized CBD as well as other cannabinoids, derivatives and isomers of hemp with the exception of Delta 9 THC. Despite the popularity, there have been few studies that have examined why it is so popular.

The study results showed that most users (62%) reported using CBD to treat a medical condition. In most situations, CBD is a self-medicinal choice and not prescribed.

Even with minimal studies, the use of CBD has been popular for many years now. Since medical claims are not substantiated, it is sheer speculation that CBD may provide benefits for numerous types of ailments.

The specifics of CBD use have been left up to the states to determine how they want to handle research and sell products. Cannabis is still not recognized by the federal government, despite the approval from some states. For this reason, the studies haven’t been as forthcoming as some supporters would like. That is why most of the popularity has been due to word of mouth.

There have been studies done regarding full-spectrum CBD oil benefits and the management of discomfort. A 2018 mouse study showed that CBD reduced inflammation by preventing the release of the compounds responsible for inflammation in the body. A 2019 study on CBD applied directly to the skin showed that it might reduce ailments like inflammatory skin disease or scarring.

Due to the possible benefit of reducing inflammation, CBD could be a promising alternative for acne treatment and other skin disorders. There is a lack of human research on the subject of CBD and skincare at this time. However, animal trials show promise, but due to the genetic difference between animals and humans, no direct evidence exists to prove benefits either way.

In combination with a moisturizing agent, it is possible that repair could take place from the use of CBD infusion. Even the inflammation from windburn or chapped lips might benefit from these types of products.

No definitive research has been done to conclude if humans benefit from using CBD for sleep problems There is no denying that CBD is versatile, but further research must be conducted to determine the total benefits for sleeping problems. While animal studies appear promising, there cannot be a determination made on how it will affect humans.

Despite the versatility of CBD, there is only one medication on the market at this time approved by the FDA for use that has CBD in it, Epidiolex, which is used for seizure control.

There may be CBD tea benefits when combined with other natural forms of relaxation, like chamomile. Chamomile tea has been used as a relaxation method for sleeping, and people have used CBD to help calm anxiety – making the combination of the two a perfect pair.

CBD for Anxiety and Depression

Most users of CBD purchase it for use with anxiety and depressive disorders. It is possible that this could be one of the benefits of smoking CBD, although not enough research has been done to support this. Most of the research on mice has been done, which supports the use of CBD for anxiety. Still, it does not facilitate the evidence that it is beneficial in humans.

Research is currently underway on how CBD oil benefits memory in a neuroprotective way. A review that was done in 2019found that CBD might be able to help slow the onset and progression of Alzheimer’s Disease. There is more research to be done on the subject, which is ongoing. Other scientists in this subject area believe THC or other cannabinoids may be more suited for this purpose.

Possible Side Effects of Using CBD

In a study that was published in 2017 by Kerstin Iffland and Franjo Grotenhermen, it was found that the safety profile for CBD use in humans was favorable. They did note that some side effects might accompany use.

The most commonly reported side effects among study subjects were:

The researchers concluded that the side effect panel might be more favorable in comparison to other drugs on the market. It was also concluded that for more concrete information on the subject to be available more clinical trials would be required.

Why People Use CBD

A lot of CBD use today is a personal preference. Although the FDA does not clear it for medicinal purposes, people make their own inferences regarding the cannabinoid.

Like other products within the same type of category, the way CBD works for one person may not work for another. Those who find that CBD gummies benefits provide them with a wide range of satisfaction. Others may end up experiencing side effects from that method of consumption.

As with all other cannabis or hemp-derived products, remember to use them responsibly.