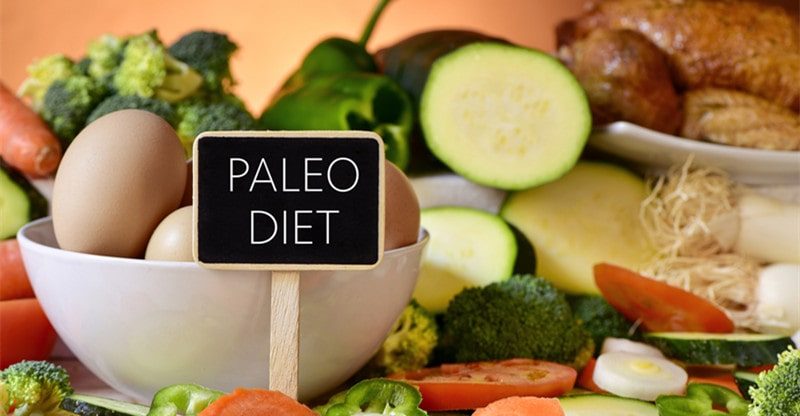 The Paleo diet continues to grow in popularity as more people turn more towards natural foods in their unprocessed form for health purposes. While there are many reported benefits of the Paleo diet and lifestyle, there are just as many critiques.

We will try to dive into all you need to know when going Paleo with a goal of weight loss, without diving into the entire history of the Paleo diet. Is it a good approach for weight loss? Let’s check the facts!

What Does Paleo Have To Offer?

The premise of the Paleo diet is to eat as humans did before the advent of modern agriculture. They were essentially hunter-gatherers for the majority of history and only started to settle down in one area when farming became the norm. Instead of going to forage and hunt, they built homes around the farm area where food was easily applicable.

In those days, farming made a lot of sense because food scarcity was a lot worse than it is in modern-day first-world countries. Instead of worrying about having food, many of us are overweight or obese and looking at what foods we should be cutting out instead of getting more food supplied to us.

Paleo followers believe that the rise in obesity and disease is directly related to our move towards industrialized food production instead of eating foods that existed in the wild, So, the focus is on fresh vegetables, nuts, seeds, meats, eggs, and some fruits. Some more lenient versions of Paleo may include dairy, legumes, starchy vegetables, and even low-risk carbohydrate foods like wild rice and quinoa.

Most people who haven’t done enough research on the Paleo diet probably think that eating like a caveman is the actual plan. But the nuanced details are much more in-depth and scientific than that. With many variants of the diet, Paleo can be a healthy alternative to the standard American diet. Adding a resistant starch supplement such as Muniq would help empower you to take control of your health and nutrition vibrantly.

All of this sounds nice, but what about its use for losing weight?!

First things first, reviews of the Paleo diet do show the potential for weight loss. However, it should be noted that dietary adherence to the Paleo diet is just like many other diets and isn’t bulletproof.

Knowing that Paleo can help with weight loss if adhered to, we can look at some of the reasons why it can be beneficial. The first rule of weight loss is that you have to be in a calorie deficit. This means you burn more calories daily than you eat.

This isn’t just from paleo exercises, as many beginners believe. You burn calories daily doing absolutely nothing besides existing. All movement and even digesting food burns calories.

So, eat fewer calories than we burn. How can Paleo help with this? Well, you can track your calories on Paleo just like with any other diet to nail this.

Or, you can rely on the fact that foods suitable for Paleo are naturally higher in protein, fiber, and fat, all of which are more satiating than carbohydrates that fill typical diets. Eating fewer carbs means you feel fuller for longer periods, naturally lowering the calorie amount you eat every day.

Next, avoiding trigger foods is a huge issue for those looking to lose weight. Paleo has been around long enough now to have thousands of recipes online to make Paleo-friendly recipes that are typically lower in calories than their traditional counterparts and won’t send you into a full-fledged binge that can halt weight loss progress.

Lastly, the inclusion of more vegetables, nuts, seeds, fruits, and healthy sources of meat raises the number of micronutrients you consume. Some deficiencies can slow down your metabolism, making weight loss much more difficult. Having a micronutrient deficiency on Paleo is quite rare if you are eating a variety of Paleo-friendly foods as laid out.

The Paleo diet does a good job of lowering insulin-spiking foods and regulating blood sugar levels compared to a traditional diet. It also cuts out a lot of the inflammatory fatty acids that make up a large chunk of the fat intake in regular diets. These two factors may also help boost weight loss efforts, although they are meaningless if you still eat too many calories of Paleo-friendly foods.

The Paleo diet does open you up to deficiencies if you aren’t careful about replacing foods you used to eat. For example, calcium and vitamin D become an issue for those who refuse all dairy when using Paleo.

The simple solution is to ensure that you get more of these through other foods, take supplements, or simply find a source of dairy that agrees with your body. Many people who can’t tolerate dairy from cows do just fine with goat dairy.

Those who use the Paleo diet and refuse to track calories can easily overeat with fatty cuts of meat, oil-based dressings, and too many nuts and seeds. These foods are filled with dietary fat, which contains 9 calories per gram compared to the 4 calories per gram that come with carbs and protein.

Tracking your calories until you can intuitively make the right choices for your caloric needs is the best way to ensure that Paleo can boost your weight loss efforts.

The Paleo diet isn’t as trendy as Keto or Intermittent Fasting at the moment, but it does have merit. You can check out the differences between these two diets here. If you look beyond the somewhat-silly idea that we need to eat like primitive humans 10,000 years ago, the diet is entrenched in eating whole foods that are low in anti-nutrients and potentially harmful compounds while providing ample amounts of healthy macronutrients, vitamins, minerals, and other beneficial compounds.

This makes Paleo a good choice for those looking to lose weight healthily. Whole foods tend to keep you full for longer than processed junk, which may be the best benefit of Paleo for weight loss. Do you think Paleo can help you lose weight?

Wanna be in good shape software engineer, who doesn’t take life too seriously, you can call me Mikey. Sometimes I’m in shape, sometimes I’m not… At Workoutcave.com I share my workout struggles, triumphs and ideas with breathtaking people.