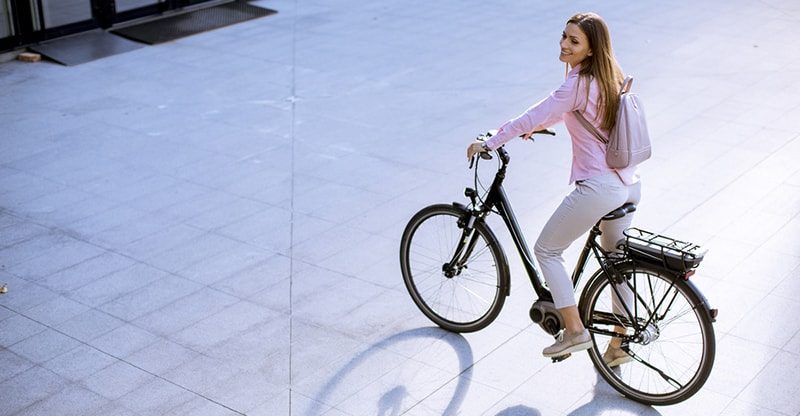 Electric bikes are all the rage today and their popularity keeps on growing across the globe. They are a fun way to get around but commuters prefer them as a convenient way to get to work, especially on those high-traffic days.

However, fun and convenience are not the only things they are known for; e-bikes are nature’s best friend out of all transportation modes.

Their overall “green” operation comes with a good share of environmental benefits that we put into focus in this article!

One of the most impressive aspects of e-bikes such as electric bikes under 1000 dollars is that they do not produce emissions, which may harm the environment. This is because the electric motors propelling them don’t need to burn fuels to run. Instead, they utilize stored electric energy in a battery to function.

Noteworthy, e-bikes are not completely impact-free! They are partly liable during the production of the bike and generation of electricity. However, this pales in comparison to the damage that other modes of transport do to the environment.

The impact of e-bikes is a small fraction of the carbon footprint produced while driving a car or riding a motorbike. Electric bikes are the most nature-friendly way to get you from point A to B aside from walking!

Engines that run on internal combustion depend on finite fuel sources such as oil and gasoline, which harm the ozone layer. Conversely, e-bikes use energy that can be sourced from a variety of renewable sources, such as wind and solar power.

Among the key benefits of electric bikes is that they can run on entirely green energy, which is sustainable to the environment.

The electric grid tends to have an extensive impact on nature when it is under increased strain. This usually happens during the day time when factories are running and all manner of activities are going on. Fortunately, E-bikes are often charged overnight, which not only eases the pressure on the grid but also minimizes the adverse impact on the environment.

The off-peak hours of charging may not make a difference if it’s only one low-budget electric bike. But when you consider the hundreds of thousands of e-bikes currently being used across the globe; it becomes clear that the positive impact is quite significant.

A Green Way to Have Fun

Electric bikes provide people with a nice way to have fun during their free time, without necessarily harming the environment. Instead of hopping into the family RV for a weekend getaway, you can opt for a selection of practical e-bikes for a family outing on two wheels in the countryside.

This goes a long way to reduce the impact on nature, yet it doesn’t take away from the amount of fun you’re having. There are so many types of e-bikes available, and each one offers a unique riding experience.

Electric bikes are equipped with modern batteries that have undergone improvements throughout the years to maximize efficiency and durability. The consumable parts have also been advanced to be more long-lasting than before.

The implication is that there is less waste that comes from damaged and obsolete e-bike parts that would naturally end up in the trash.

Reduced Impact on Our Roadways

There is no debating about the adverse effect that cars, trucks, haulers, and tractors have on the roads they drive on. The ever-increasing number and size of potholes on the highways is all the proof you need!

This constant damage to the roads necessitates continuous repairs, which have a negative environmental impact. With electric bikes, you won’t have to worry about harming the roadways. Their overall lightweight structure compared to vehicles means less pressure on the roads and extended durability for them.

If more people adopted e-bikes as their primary form of transportation, we could make our roads much smaller to help reduce the damage to the environment when constructing mega highways.

The environmental benefits of riding an e-bike cannot be overemphasized! These convenient machines allow you to move around more easily and have all the fun there is with very little harm to the ecosystem.

If you’re conscious about the environment and want to reduce the pressure it is under, maybe it’s time for you to ditch that powerful 4-wheel truck for a harmless electric bike!