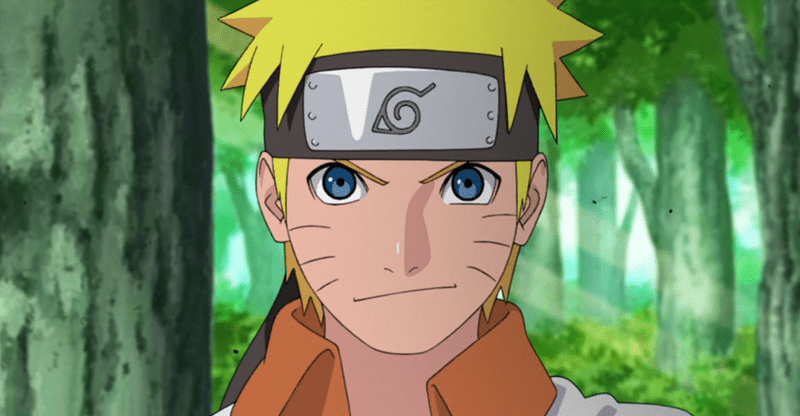 Naruto is a long-running manga, first published in 1997 and illustrated by Masashi Kishimoto. So to celebrate this incredible series’ legacy and the character that inspired it all, here are the 36 best Naruto quotes to awaken the ninja within you.

It was adapted into an anime in 2002 and follows the story of Naruto Uzumaki, an up-and-coming ninja fighting for his place in the world. Naruto is headstrong, persistent, and always hopeful. Even though he has had to overcome countless obstacles and others trying to kill him almost every step of the way, he’s never backed down or given up. If you are just getting started with naruto anime then here is the naruto shippuden filler list you should avoid!

Best Naruto Quotes to Inspire You

#1. “Power is not will — it is the phenomenon of physically making things happen.” — Madara Uchiha

#2. “If you don’t like your destiny, don’t accept it. Instead, have the courage to change it the way you want it to be.” — Naruto Uzumaki

#3. “While you’re alive, you need a reason for your existence. Being unable to find one is the same as being dead.” — Naruto Uzumaki

#4. “Sometimes you must hurt in order to know, fall in order to grow, lose in order to gain because life’s greatest lessons are learned through pain.” — Nagato

#5. “As long as you don’t give up, there will always be salvation.” — Hatake Kakashi

#6. “Every one of us must do what’s in their power! If we’re going to die anyway, then it’s better to die fighting than to do nothing!” — Sakura Haruno

#7. “The ones who aren’t able to acknowledge their own selves are bound to fail.” — Itachi Uchiha

#8. “There must be a purpose for people being born into this world. Why are we here? What does it mean? I’ve been thinking about it a lot lately. I realized that finding our purpose is the meaning. That’s why we’re here. And the ones who find it; they’re the only ones who are truly free.” — Kimimaro

#9. “In society, those who don’t have many abilities tend to complain more.” — Hatake Kakashi

#11. “Art is something that lasts for all posterity. Art is eternal.” — Sasori

#12. “There’s no advantage to hurrying through life.” — Nara Shikamaru

#13. “If you don’t share someone’s pain, you can never understand them.” — Nagato

#14. “In this world, wherever there is light — there are also shadows. As long as the concept of winners exists, there must also be losers. The selfish desire of wanting to maintain peace causes wars and hatred is born to protect love.” — Madara Uchiha

#16. “Man seeks peace, yet at the same time yearning for war. Those are the two realms belonging solely to man. Thinking of peace whilst spilling blood is something that only humans could do. They’re two sides of the same coin — to protect something, another must be sacrificed.” — Madara Uchiha

#17. “If you don’t share someone’s pain, you can never understand them.” — Nagato

#18. “It’s human nature not to realize the true value of something unless they lose it.” — Orochimaru

#20. “The difference between stupidity and genius is that genius has its limits.” — Neji Hyuuga

#21. “Never give up without even trying. Do what you can, no matter how small the effect it may have!” — Onoki

#22. “If you believe in your dreams, I will prove to you, that you can achieve your dreams just by working hard.” — Rock Lee

#23. “In order to escape a road of solitude, one has to work hard, and forge a new path with their own power.” — Gaara

#26. “Those who forgive themselves, and are able to accept their true nature, they are the strong ones!” — Itachi Uchiha

#27. “When captured birds grow wiser, they try to open the cage with their beaks. They don’t give up, because they want to fly again.” — Genma Shiranui

#28. “Hard work is worthless for those that don’t believe in themselves.” — Naruto Uzumaki

#29. “A hero is not the one who never falls. He is the one who gets up, again and again, never losing sight of his dreams.” — Rock Lee

#30. “People who continue to put their lives on the line to defend their faith become heroes and continue to exist on in legend.” — Naruto Uzumaki

#32. “When people are protecting something truly precious to them, they truly can become as strong as they need to be!” — Haku

#33. “No single thing is perfect by itself. That’s why we’re born to attract other things to make up for what we lack. I think we start walking in the right direction only after we start getting our counterparts beside us.” — Itachi Uchiha

#34. “A place where someone still thinks about you is a place you can call home.” — Jiraiya

#35. “Naruto, there’s going to be hard and painful times ahead. Take good care of yourself! Find a goal, a dream, and don’t stop trying until it comes true!” — Kushina Uzumaki

#36. “Your friends are there to make up for what you cannot do and to prevent you from ignoring things that you actually might have been able to do.” — Itachi Uchiha

The happy-go-lucky ninja of the Hidden Leaf Village is a great example of why you should never give up on your dreams. Through hard work, dedication, and a lot of training, he’s managed to fulfill his destiny.

If you ask me, we can all take a page from his book and use the best Naruto quotes to find some motivation and achieve our goals.