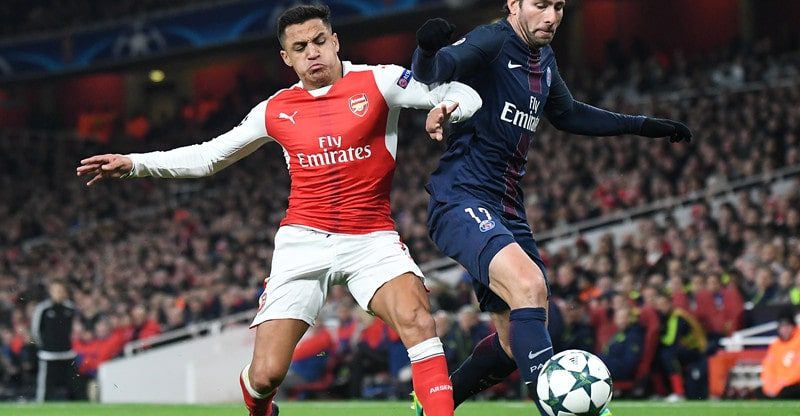 The Premier League is widely considered one of the best soccer leagues in the world, and it has been home to some of the greatest players in the history of the sport.

From dynamic forwards to brilliant playmakers to rock-solid defenders, the Premier League has seen its fair share of superstars.

Here are some of the greatest players ever to have graced the pitch in the Premier League:

Cristiano Ronaldo, who played for Manchester United, Real Madrid, and Juventus is widely regarded as one of the greatest footballers of all time. He currently applies his trade for Al Nassr in Saudi Arabia.

His speed, skill, and goalscoring ability are unparalleled, and he has consistently performed at the highest level for over a decade. Ronaldo won three Premier League titles and one Champions League with Manchester United, and he is the all-time leading goalscorer for both Manchester United and Real Madrid. Moreover, he has also won numerous individual awards, including five Ballon d’Or trophies.

Ronaldo has many endorsement deals with a diverse range of companies. He just entered a partnership with Zuju GP, a Singapore company headed by Peter Lim which aims to build a digital soccer community. Ronaldo is adored in Singapore, who turned up in droves to watch him play in Juventus’ pre-season tour in 2017.

Singaporeans also enjoy placing wagers on Ronaldo, especially on the first goalscorer market. However, to succeed, you must find the best odds. Fortunately, online resources compare all the safest betting sites in Singapore and provide unbiased reviews on each one. In addition, on these sites, you’ll find advice on the betting laws in Singapore, so you will bet legally.

Thierry Henry is a player who needs no introduction. The French striker was a force to be reckoned with during his time at Arsenal, where he won two Premier League titles and three FA Cups.

Henry was a clinical finisher and a creative force, and his dribbling skills and vision made him one of the most exciting players to watch in the Premier League. He is Arsenal’s all-time leading goalscorer and was named the Premier League Player of the Season twice.

Giggs was a versatile player who could play on the wing or in center midfield, and his speed, dribbling ability, and passing range made him a key player for Manchester United. Giggs was named the PFA Young Player of the Year three times and was included in the PFA Team of the Year six times.

Geordie, Alan Shearer is the all-time leading goalscorer in the Premier League, having scored 260 goals during his career. He was a clinical finisher and a dominant force in the air, and he won the Premier League Golden Boot three times.

Sergio Aguero was a key player for Manchester City when he joined the club in 2011. He has helped lead the team to four Premier League titles, scoring the winner against QPR for City’s first ever title. Aguero was a clinical finisher and has scored over 180 goals in the Premier League, making him one of the most prolific goalscorers in the league’s history.

These are just a few of the many talented players who have played in the Premier League over the years. While it is difficult to narrow it down to just five players, these players have all made significant contributions to the league and have left a lasting legacy.