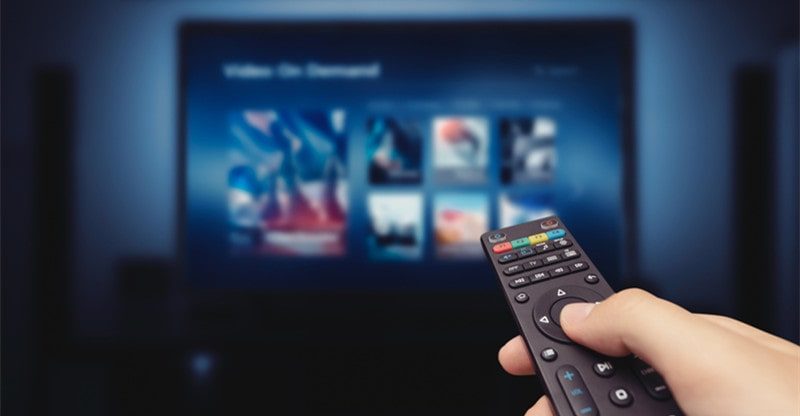 Tired of binge-watching the same old TV shows on Netflix? Maybe it’s time to switch channels! But which other channel can offer you the same quality content that you get on Netflix? There are many actually. And the one we want to share with you today is Hulu!

Hulu is one of the most popular streaming channels in the US. Although it’s short on shelf space when compared to Netflix, Hulu still retains some of the most amazing movies and TV shows in its library.

The part we most like about Hulu is its originals. Hulu has always focused less on quantity but more on quality. This means that the number of originals might be less in number if compared to Netflix, but none of them would fail to hook you up and entertain you.

There are many originals that you can watch on Hulu. The ones that we would recommend you the most are the ones that are mentioned below:

The best shows on Hulu that you should watch in 2022

The Handmaid’s Tale is definitely everyone’s favorite show on Hulu. Although it is an agony to watch because of the extremely vulgar content, the show remains popular around the world. It wasn’t too long ago when the show dominated the Emmys with wins for best Drama, Writing, Direction, and Lead and Supporting Actress.

The Handmaid’s Tale is based on Margaret Atwood’s novel that was published in 1985. The story is based on a near-future dystopian era where widespread infertility has pretty changed the political and social landscape.

Elizabeth Moss plays the lead character in the show, where she is shown as one of the maids who have to suffer from strict rules and conditions. But she’s hopeful that one day, things will get better and she’ll be free to reunite with her daughter.

With four seasons already out, The Handmaid’s Tale is definitely the show to watch on Hulu.

It is the story of six teenagers who have recently found out that they have superpowers. It might feel like a typical superhero show at first, but trust me when I tell you that it is not.

Unlike the other superhero movies and TV shows you’ve watched, Runaways has a whole new type of supervillains slate because the villains of the show are in fact their own parents. Faced with a choice, the children make up their minds that they will confront their moms and dads about their wrongdoings.

You can watch all three seasons of Runaways on Hulu.

We have all seen and enjoyed plenty of movies and shows that were based on Stephen King’s novels. But what if I were to tell you that there’s one show that adapts plenty of fiction from King’s novels without actually adapting the whole book? Strang, right? Castle Rock is one such show, and yet it doesn’t feel strange at all.

Castle Rock incorporates a lot of elements from King’s novels, without actually adapting the whole story. The reason why it still works is because of the amazing storyline the show possesses.

This show is more like a universe of interconnected stories that keep the audience entertained. Although it’s not King’s work, the storytelling goes on King’s unmistakable wavelength. This is why it’s definitely a show worth watching.

You can watch all two seasons of Castle Rock on Hulu today.

You up for an all-guy comedy show? Then you should definitely go for Future Man.

Future Man is a time travel comedy show that tells the story of an expert video game player. Because of his ability to defeat powerful villains in games, the Future Man is approached by people from the future who are in need of one such hero. There’s a monstrous enemy in the future, and apparently, Future Man possesses the skills to beat him. There are lots of humor and some of the most hilarious time travel situations that are sure to entertain you.

You can stream all three seasons of Future Man on Hulu today.

If you’re into Royal Family drama shows, then The Great is definitely a show you would enjoy watching. Loosely based on 18th-century Russian history, The Great is the story of Empress Catherine and her husband Peter. The entire court is suffering from the self-destructive tendencies of the royal couple, so much that it’s getting more and more difficult for them to manage themselves, let alone rule over an entire country.

This is a show that is definitely not historically correct. But it still remains a must-watch.

All two seasons of The Great are available on Hulu.

Halloween isn’t the only season for you to watch a horror show. If you love listening to and watching the creepiest ghost stories, then Into The Dark should be on your watch list.

Up until now, Christmas, Valentine’s Day, and International Women’s Day have already been covered. You can watch all these episodes on Hulu today.

Veronica Mars is not your typical high school drama. It is taut and smart, and genuinely thrilling. Its first season is considered one of the best TV debut seasons to date.

Although the series died several years ago, it has now been revived by Hulu. 15 years after the release of the pilot episode, Hulu has now released 8 more episodes to the series, proving that there’s still life left in the franchise.

You can watch all four seasons of the series on Hulu.

Hulu is one of our favorite streaming channels on the web. However, it’s only accessible from certain locations. If you’re unable to access Hulu from your location, or if you are redirected to an error code message every time you try to access the service, then you might need the help of a VPN.

1. Get a VPN
2. Connect to the US server
3. Visit Hulu and start streaming!

Now that you know how to access Hulu, we believe that you have everything you need to make your next weekend full of fun and entertainment.

Adnan Jiwani is an experienced writer with a keen focus on tech and streaming. His work has been published on sites like Vocal Media and Hackernoon.