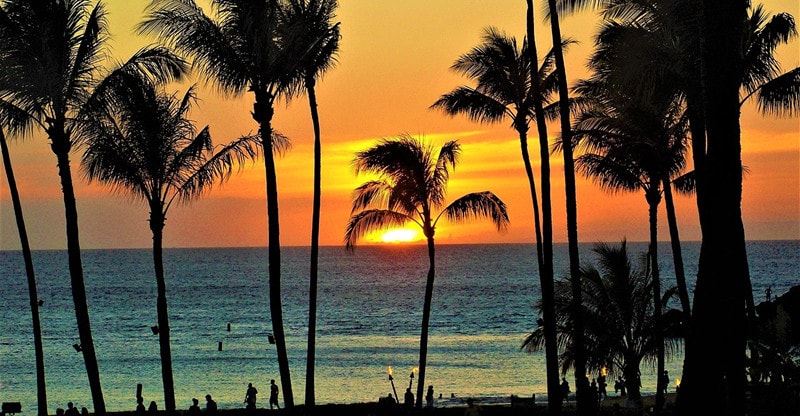 Hawaii is definitely a bucket-list-worthy destination, but to fully enjoy your long-awaited Hawaiian vacation, you need to make sure that you’re traveling at the right time. Now, the best time to go to Hawaii is highly subjective, depending mostly on the islands you’ll be visiting and the kind of activities you want to experience.

Whether you’re looking for the perfect weather or the ultimate surf season, this guide will help you plan the perfect trip to Hawaii.

If You’re Looking for Great Weather

The dry season in Hawaii falls in the months between April and October while the wet season usually starts in November and lasts till March. Hawaii is known for having good weather throughout the year, but the best weather can typically be experienced in April, May, September, and October. During this time, you can expect little to no rainfall along with warm water temperatures and beautiful, clear skies.

If You Want to Attend a Local Festival

There are several local festivals and events taking place in Hawaii throughout the year which, means that if you want to truly experience Hawaii’s unique and colorful culture, you’ll have plenty of options. Some of the most popular festivals include the Aloha Festivals which take place annually on all the islands in late September, the Lantern Floating Festival, which is held on Memorial Day, the Hawaii Food and Wine Festival in October, and the Honolulu Festival in March.

If you Want to Go Surfing

The biggest waves tend to hit the shores of all the islands from November to March with December and January witnessing the most remarkable waves of all, especially on Oahu’s north shore. This is generally the best for experienced and professional surfers.

If you Want to Go Snorkeling, Swimming, or Diving

Hawaii’s waters can be enjoyed at pretty much any time of the year, however, the summer months from May through September offer the most ideal conditions for exploring the water around the islands and enjoying the various water-based activities. During this period, the water is warmer, the waves are smaller, the sky is brighter, and the weather is generally more cooperative.

If You Want to Go Hiking

Some of the best hiking trails in the world are found in Hawaii, especially on Kauai. And, as with most things in Hawaii, hiking can be enjoyed year-round. The being said, April, May, September, and October are usually the best months for hiking. During these months, the weather will be cooler than it normally is during the summer and you’ll still get plenty of daylight.

If You’re Looking for Good Deals and Discounts

Generally, the cheapest rates for both flights and hotels can be found during the spring and fall, excluding the Easter holiday and the last week in April as this is Japan’s peak travel time. As for the different tours and activities, the biggest discounts are found during the summer months— from late May till July. If you prefer to travel later in the year, you can find great deals on accommodation from September till early December, excluding the week of Thanksgiving.

Regardless of when you choose to travel, we recommend that you book as early as possible and schedule your flights for mid-week because flying during the middle of the week is typically much cheaper, especially if you’re flying from the other end of the world.

If you Want to Go Whale Watching

Every year, the north pacific humpback whales migrate from Alaska to Hawaii for the winter where they mate and give birth, usually from late November or early December through mid-April. During this period, the best opportunities for sightings are from late February till early March. The whales can be spotted from the shore of every island, however, Maui’s western coast typically offers the best views.

The bottom line is; there’s really no bad time to visit Hawaii because even during the wet season, Hawaii still remains an absolutely incredible destination. But at the end of the day, the best time to go to Hawaii will depend on what you want to do there. Refer back to our guide as you plan your itinerary and we guarantee that your exciting Hawaiian adventure will be all the better for it.