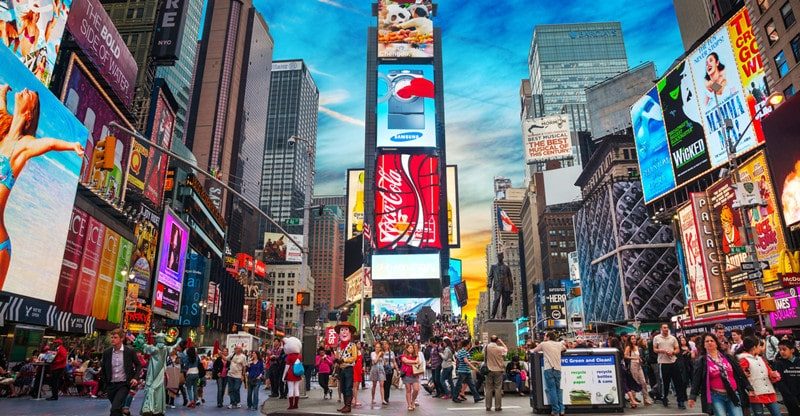 Gaming regulations in New York are explicit and nearly as restrictive as those in any other state in New England. New York is the fourth most populous state in the United States and the location of New York City, which is the country’s largest and most significant metropolitan area.

The majority of the state’s gaming rules date back more than a century, so it should come as no surprise that New Yorkers are severely restricted in which kind of games they may access in the majority of marketplaces.

The Legality of Gambling in the State of New York

New York is home to a number of betting markets that are licensed by the state. The state’s lottery is a well-liked tradition and has a long history. Pari-mutuel wagering is almost regarded as a state sport in several parts of the state.

For the vast majority of the state’s millions of residents, tribal gaming and class-II commercial gambling are easily accessible options. Charitable games are regulated, but they are permitted, and they are highly popular in liberal legal environments.

However, there are some areas of the state law that are not straightforward and hopefully, this article can act as a guide to New York legal sports betting and help players have a more pleasant experience when gaming in New York.

More modern contests such as daily fantasy sports or online live betting require an understanding of the spirit of New York’s criminal code rather than the language of its code of laws in order to be considered permissible under New York law.

New York state law classifies betting as “The risking of something of value on a future outcome”. In order for gambling to be considered a crime, there must be an expectation of receiving something of value. We put a lot of emphasis on that because any game with even the faintest element of chance is considered illegal gambling.

In other words, in a game, there is no concern for skill. It is illegal to play a gambling game unless New York lawmakers approve it.

The New York Lottery is by far, the most popular gambling option in the state. According to state statistics issued each summer, New Yorkers buy more lottery tickets than any other resident of any other state, with over 92 percent participation. The lottery in New York is the country’s second-oldest, having been in operation since the late 1960s.

The state’s ‘twenty tribal facilities’ are the state’s second most popular legal gambling pastime. Some are small ‘racinos’ featuring a few slot machines and video poker machines as well as a simulcast betting booth. Others are vast Vegas-style casinos with massive gaming floors, live dealer tables, and tens of thousands of slot and video poker games.

By definition, social gambling is prohibited in New York. In the 1990s, a single line was added to existing gaming laws that explicitly prohibited the practice of hosting private games of chance and skill in a home or business, even if all players had a legitimate relationship or if the game was played without house odds and the host was not compensated at all. New York has some of the country’s strictest anti-private gaming regulations.

New York does not allow online gambling. We’re not lawyers, but we’re aware of state and federal gambling laws in the United States, and we believe we can back up our claims.

To begin with, some forms of online gambling appear to be banned independent of the state in which the wager is placed. After a majority of residents voted in support of the measure, the Department of Justice just disregarded New Jersey’s attempt to allow sports betting. The federal government clearly does not want Americans betting on sports, whether online or off.

However, we discovered an existing rule in New York’s criminal code that could readily be applied to online betting.

In a nutshell, it states that “any device, machine, paraphernalia or equipment which is used or usable in the playing phases of any gambling activity”. This description, as far as we can tell, includes smartphones, laptops, tablets, and any other Web-capable device used to place an online wager. It is not lawful until New York expressly permits internet gambling in a regulated fashion.

However, it is important to note that there are no criminal sanctions for illicit gambling in the state’s penal code. By playing at an online casino, you may be breaking the law, but there is no penalty built into the law for those who do so. This is because, in New York State, all penalties for violating gaming legislation are aimed at operators of unlawful games of chance and skill.

New York has a robust economy, dependent on multiple sectors for solvency. Tourism is at an all-time high in the state, as are manufacturing and agriculture. Increased access to regulated gambling, combined with a high standard of living, hit the state at just the right time. Now that New Yorkers have a little extra money to spend, they’re doing so at local gambling venues more often than ever before.