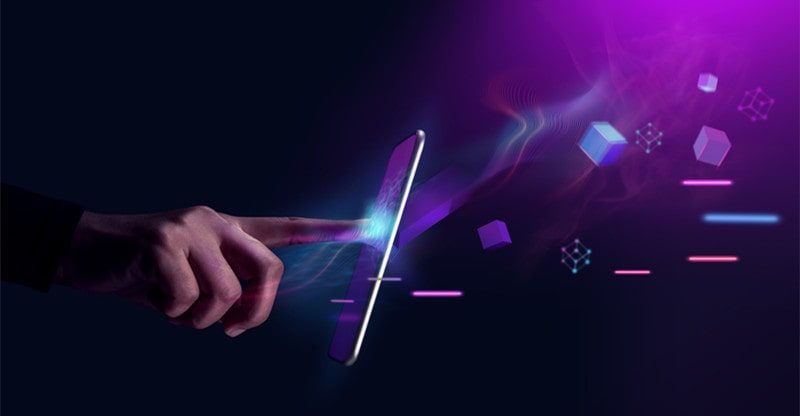 A digital payment system known as cryptocurrency employs cryptography to send and receive money. For which the Blockchain technology was created, Bitcoin is the most well-known cryptocurrency.

The development of competing technologies has been prompted by problems with speed and scalability, despite the fact that Blockchain has been the industry standard for the past few years in the bitcoin space. Tangle is a relative newbie in the world of cryptocurrencies. The recent dispute between Tangle and Blockchain will be further explained in this essay, and it will be determined which is superior.

Exactly What Is Tangle (DAG)?

The DAG technology is among those that I find most intriguing. For the directed acyclic graph, use this. I’ll elaborate on the name. If you are unfamiliar with this word, consider the word “tangle.” Does it ring a bell now? See what Tangle is, how it functions, and why many experts believe this to be the future of information storage and verification.

DAG is also referred to as Tangle in IOTA (Internet of Things application). Although this differs from the blockchain structure, it accomplishes the same goal of creating a self-sufficient and autonomous network of transactions.

DAG is a mathematical model and architecture for organizing, recording, storing, and verifying information. Tangle is a system of transaction records that are not compiled in blocks or arranged sequentially, like in the blockchain, when we are talking about cryptocurrencies, and more especially IOTA.

What Sets Tangle Apart From Blockchain?

As you can see, the only element that links the two technologies is that they are both based on cryptography. Blockchain and tangle have more differences than similarities. The blockchain’s chain of unbroken blocks, where each new record verifies the one before it, contains data on all previous transactions, and is maintained by a group of unique users known as miners.

Furthermore, each node, or every blockchain user in layman’s terms, needs to have the most recent, accurate copy of the public ledger. Because of how it operates, Bitcoin has historically been the most successful and effective cryptocurrency.

So let’s attempt to compare blockchain and Tangle in a clear and reasonable way:

1. Compared to the blockchain, which becomes slower and less effective with time, the tangle is more flexible and scalable.

2. Tangle is cost-free, lacks block rewards, and does not charge nodes to verify transactions. A blockchain either has insufficient miners or too expensive fees. Both scenarios are terrible because you either have to wait too long for the money to transfer or you have to pay an excessive amount.

3. Technology based on blockchains is reliable and trustworthy. IOTA and DAG, however, have not yet proven their genuine efficacy and dependability, therefore I am unable to say the same about them.

4. IOTA is unquestionably much less safe and resistant to hacking than Bitcoin and Ethereum. They credit their sophisticated verification system for this.

5. IOTA is a cryptocurrency, however, it’s unclear whether it truly is decentralized.

Is DAG Technology the Payments of the Future?

The Tangle, according to its creator Serguei Popov, is the next development in the blockchain’s evolution. This claim is currently disputed, though, due to problems with its decentralization and security. To develop into a reliable, trustworthy, and stable payment system, the network must mature and grow. If you want my view, I’d say that this technology was created in advance and will increase significantly over the next few years.

Increasingly, the Internet of Things is a reality, and this new economic paradigm assumes that devices will interact directly with one another and function independently. As a result, these devices will require a means of instantaneous, free exchange of money between them.

The IoT network is currently too small, but when it eventually expands, IOTAs will be quite popular. Tangle’s security will advance along with its usefulness and system node count. It won’t always serve as the sole base for IOTA, according to Popov. Like the blockchain recently, Tangle will find use in a variety of other fields. The new cryptocurrency’s value will increase as a result, with the generals for bitcoin will become more widely used and trusted.

Remember that Bitcoin, in particular, and blockchain, in general, are evolving quickly to address current problems. It is a well-established system that has stood the test of time, and those who oversee and provide support for it are aware of the problems with transfer speed and fees, scalability, and increasing security risks. It is obvious to them what needs to be done.

Due to its enormous popularity among both merchants and everyday users, Bitcoin will continue to have a competitive advantage and be the cryptocurrency with the largest market cap for a very long time.

The goal of new cryptocurrencies is not to surpass Bitcoin, but rather to establish their own uses and places in the fourth industrial revolution’s economy. IOTA is definitely a fantastic fit for this financial system, and it is a strong beginning for this new cryptocurrency asset and system.