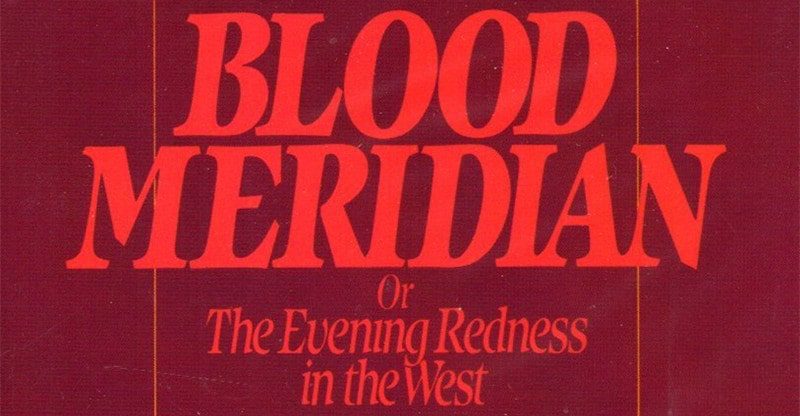 Blood Meridian is an epic book written by Cormac McCarthy and published by Random House in 1985. McCarthy is a renowned American novelist, playwright, and screenwriter best known for his explicit representation of violence and his inimitable writing style.

McCarthy, who has written many novels, plays, screenplays, and short stories, is widely recognized as one of America’s greatest modern writers. His book Blood Meridian serves as an inspiration to many people. In this article, I have listed the top 17 Blood Meridian quotes to inspire you to pursue your dream.

#1. “That man who sets himself the task of singling out the thread of order from the tapestry will by the decision alone have taken charge of the world and it is only by such taking charge that he will effect a way to dictate the terms of his own fate.”

#2. “The man who believes that the secrets of the world are forever hidden lives in mystery and fear. Superstition will drag him down. The rain will erode the deeds of his life.”

#3. “Your heart’s desire is to be told some mystery. The mystery is that there is no mystery.”

#4. “You can find meanness in the least of creatures, but when God made man the devil was at his elbow. A creature that can do anything. Make a machine. And a machine to make the machine. And evil that can run itself a thousand years, no need to tend it.”

Blood Meridian Quotes to Help You Embrace and Deal with Fate

#5. “When the lambs is lost in the mountain, he said. They is cry. Sometime come the mother. Sometime the wolf.”

#6. “The way of the world is to bloom and to flower and die but in the affairs of men there is no waning and the noon of his expression signals the onset of night. His spirit is exhausted at the peak of its achievement. His meridian is at once his darkening and the evening of his day.”

#7. “The truth about the world, he said, is that anything is possible. Had you not seen it all from birth and thereby bled it of its strangeness it would appear to you for what it is, a hat trick in a medicine show, a fevered dream, a trance bepopulate with chimeras having neither analogue nor precedent, an itinerant carnival, a migratory tentshow whose ultimate destination after many a pitch in many a mudded field is unspeakable and calamitous beyond reckoning.”

Blood Meridian Quotes to Help You Justify Your Dream and Conviction

#8. “It makes no difference what men think of war, said the judge. War endures. As well ask men what they think of stone. War was always here. Before man was, war waited for him. The ultimate trade awaiting its ultimate practitioner. That is the way it was and will be. That way and not some other way.”

#9. “The universe is no narrow thing and the order within it is not constrained by any latitude in its conception to repeat what exists in one part in any other part. Even in this world more things exist without our knowledge than with it and the order in creation which you see is that which you have put there, like a string in a maze, so that you shall not lose your way. For existence has its own order and that no man’s mind can compass, that mind itself being but a fact among others.”

#10. “This is the nature of war, whose stake is at once the game and the authority and the justification. Seen so, war is the truest form of divination. It is the testing of one’s will and the will of another within that larger will which because it binds them is therefore forced to select. War is the ultimate game because war is at last a forcing of the unity of existence. War is god.”

#11. “Man’s vanity may well approach the infinite in capacity but his knowledge remains imperfect and however much he comes to value his judgments ultimately he must submit them before a higher court. Here there can be no special pleading. Here are considerations of equity and rectitude and moral right rendered void and without warrant and here are the views of the litigants despised.”

#12. “Decisions of life and death, of what shall be and what shall not, beggar all question of right. In elections of these magnitudes are all lesser ones subsumed, moral, spiritual, natural.”

#13. “Moral law is an invention of mankind for the disenfranchisement of the powerful in favor of the weak. Historical law subverts it at every turn. A moral view can never be proven right or wrong by any ultimate test. A man falling dead in a duel is not thought thereby to be proven in error as to his views. His very involvement in such a trial gives evidence of a new and broader view. The willingness of the principals to forgo further argument as the triviality which it in fact is and to petition directly the chambers of the historical absolute clearly indicates of how little moment are the opinions and of what great moment the divergences thereof.”

#15. “Men of God and men of war have strange affinities.”

#16. “There is no such joy in the tavern as upon the road thereto.”

#17. “A man’s at odds to know his mind cause his mind is aught he has to know it with. He can know his heart, but he don’t want to. Rightly so. Best not to look in there.”

For you to succeed in life and be happy, you have to find a cause, believe in it, and pursue it wholeheartedly. However, sometimes we get dissuaded by other people and circumstances and therefore become doubtful about ourselves and what we believe in.

If you often get discouraged by people and circumstances, these Blood meridian quotes will give you the motivation you need to keep believing. MacCarthy’s work is full of acumen and encouragement that you need to keep pursuing your beliefs and dreams.