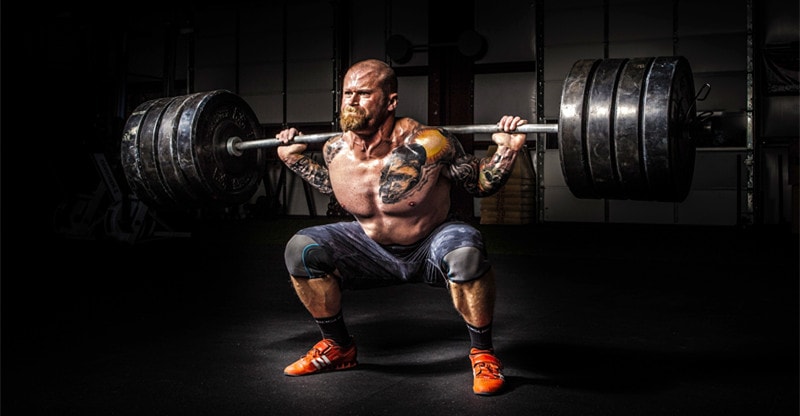 Bodybuilders are amazing athletes! They are the definition of the word “fitness” and “determination.” The evidence can be seen in how they transform their bodies into massive chunks of muscles.

For anyone who is starting their own fitness journey to becoming the next “Arnold Schwarzenegger,” here are 55 popular bodybuilding quotes from real-life hulks that can motivate your training!

1. “A bodybuilder is a sculptor who carries with him his own material.” — Serge Nubret

2. “As your bodybuilding aims become higher, obviously you have to work harder, until, believe it or not, you are performing from 20-30 sets of both biceps and triceps three workouts per week.” — Reg Park

4. “Being negative and lazy is a disease that leads to pain, hardships, depression, poor health and failure. Be proactive and give a damn to achieve success!” — Phil Heath

5. “Believing in myself and not to be afraid of taking any risks. I have to be better than the average person to succeed. That’s why I chose bodybuilding. If I became a world champion, if I could win admiration from my peers, I could do anything.” — Lou Ferrigno

6. “Bodybuilding is an art, your body is the canvas, weights are your brush and nutrition is your paint. We all have the ability to turn a self-portrait into a masterpiece.” — Kai Greene

7. “Bodybuilding is much like any other sport. To be successful, you must dedicate yourself 100% to your training, diet and mental approach.” — Arnold Schwarzenegger

8. “Bodybuilding is not only a sport but first an ART.” — Serge Nubret

9. “Bodybuilding is the closest we have to the fountain of youth.” — Lee Labrada

11. “Bodybuilding saved my life because I overcame the nerd stage. I got picked on. I was fascinated with power, and then I decided to take that direction because I knew that it would make me feel good about myself.” — Lou Ferrigno

12. “Bodybuilding should be fun because you get a feeling of satisfaction which is very hard to explain. A bodybuilder knows when he pumps up his muscles it means growth. The muscles grow. So, therefore, he knows when he pumps up well, that is progress. And that satisfies him because he feels the progress in his body. Therefore the pump feels good. It’s actually the best feeling a bodybuilder can have. It’s a difficult thing to explain. Like sometimes we joke around and we get a good pump and we say you have to admit that a good pump is better than coming. Somebody off the street wouldn’t understand that, but sometimes a pump is the best feeling you can have.” — Arnold Schwarzenegger

13. “Don’t be scared to lift heavy! You won’t get huge and bulky, you’ll just get amazing.” — Jessie Hilgenberg

14. “Each workout is like a brick in a building, and every time you go in there and do a half-ass workout, you’re not laying a brick down. Somebody else is.” — Dorian Yates

15. “Everybody wants to be a bodybuilder, but don’t nobody want to lift heavy ass weights!” — Ronnie Coleman

17. “I always say to myself right before a tough set in the gym, Ain’t nothin’ to it, but to do it.” — Ronnie Coleman

18. “I don’t believe in bodybuilders using steroids. If a man doesn’t have enough male hormones in his system to create a nice hard, muscular body, he should take up ping pong.” — Steve Reeves

21. “I’m the strongest bodybuilder who ever lived, I think…” — Franco Columbu

22. “I’ve made many good friends in bodybuilding; though there are few I’d trust to oil my back.” — Lee Labrada

24. “If you don’t follow a good nutritional plan, you’re bodybuilding with one arm behind your back.” — Shawn Rey

27. “It took me 20 years of hard training to get the physique I have today. What you need is what I had – belief in yourself.” — Branch Warren

28. “Just like in bodybuilding, failure is also a necessary experience for growth in our own lives, for if we’re never tested to our limits, how will we know how strong we really are? How will we ever grow?” — Arnold Schwarzenegger

29. “Many bodybuilders sell themselves short. Erroneously attributing their lack of satisfactory progress to a poverty of the requisite genetic traits, instead of to their irrational training and dietary practices, they give up training. Don’t make the same mistake.” — Mike Mentzer

30. “My definition of a sport is that it’s a physical activity that involves competition. Since bodybuilders certainly train and then compete, we are certainly a sport.” — Arnold Schwarzenegger

33. “Professional bodybuilding is a sport of total dedication. You must dedicate every aspect of every day to the attainment of your goals if you want to succeed. It is not enough to merely go to the gym to “work out.” You must put all of your concentration and focus on each rep, on each set, on each exercise to have a successful workout.” — Nasser El Sonbaty

34. “Rule of thumb: Eat for what you’re going to be doing and not for what you have done. Don’t take in more than you’re willing to burn off.” — Lee Haney

37. “Strength does not come from winning. Your struggles develop your strengths.” — Arnold Schwarzenegger

39. “The best activities for your health are pumping and humping.” — Arnold Schwarzenegger

40. “The Iron never lies to you. You can walk outside and listen to all kinds of talk, get told that you’re a god or a total bastard. The Iron will always kick you the real deal. The Iron is the great reference point, the all-knowing perspective giver. Always there like a beacon in the pitch black. I have found the Iron to be my greatest friend. It never freaks out on me, never runs. Friends may come and go. But two hundred pounds is always two hundred pounds.” — Henry Rollins

41. “The last three or four reps is what makes the muscle grow. This area of pain divides the champion from someone else who is not a champion. That’s what most people lack, having the guts to go on and just say they’ll go through the pain no matter what happens.” — Arnold Schwarzenegger

42. “The muscle and the mind must become one. One without the other is zero.” — Lee Haney

43. “The road to nowhere is paved with excuses.” — Mark Bell

44. “The single biggest mistake that most beginners make is putting 100% of their effort into the positive (concentric) part of the rep, while paying no attention to the negative (eccentric) segment.” — Dorian Yates

46. “There are no shortcuts—everything is reps, reps, reps.” — Arnold Schwarzenegger

49. “To be successful in bodybuilding you have to be a good observer.” — Frank Zane

50. “Training gives us an outlet for suppressed energies created by stress and thus tones the spirit just as exercise conditions the body.” — Arnold Schwarzenegger

51. “Wait ‘till they see these arms in Africa. They look big enough to me.” — Lou Ferrigno

53. “When you love something as much as I love bodybuilding you don’t have to do much extra to push yourself, it just happens. There were some tough times and when those came up I just used my mental strength to push through knowing that my mind controlled everything.” — Ronnie Coleman

54. “When your arms are bigger than your head, something is wrong.” — Steve Reeves

55. “You get as big as possible from becoming as strong as possible. When I started lifting I went into the gym with that ‘how much can I bench, curl, squat, and deadlift’ attitude. That’s when I discovered how fast my strength could increase, and it made me crazy intense to get even stronger.” — Kevin Levrone

Bodybuilding is not just about heavy lifts and large lumps of muscles. Bodybuilding is discipline, willpower, perseverance, strength and a 100% positive attitude towards your goal.

It is not easy to achieve the bodybuilding physique that everybody wants and dreams of, but with the right push and motivation, you are halfway there.

How To Get Big Biceps In 30 Days: The Complete Workout