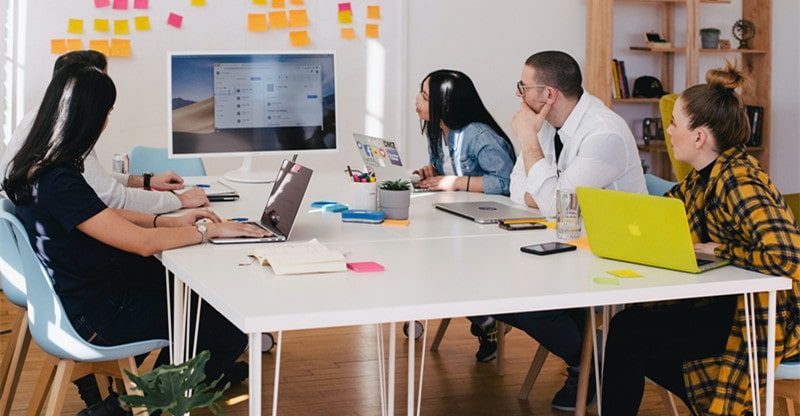 For most businesses to survive in today’s world, they need to make the transition from physical to digital. This has proved vital in not only sustaining a business but also ensuring it has longevity. Kodak is a prime example here.

With the introduction of digital cameras, Kodak felt that they needed to remain traditional and chose not to expand into the digital realm. This would go on to affect the company in the worst way. Kodak was once a powerhouse in the photography world, but today it’s a shadow of its former self. Let’s look at how businesses are transforming from physical to digital.

Gambling has been around probably since the beginning of time. People enjoy this pastime, and it is arguably one of the biggest activities on the planet. But even casino managers knew that to stay relevant they needed to make the transition into the digital world.

The earliest example of an online casino was formed in the ‘90s. It was something completely new, and we are sure there were some reservations about this new digital way to play your favorite casino game, but the move certainly paid off: In 2022 the online gambling industry had a market value of $81.08 billion.

We’re used to traditional fitness programs that mean you go to a gym and work out according to your personal goals. For decades this was how people were working out. During the ‘80s and ‘90s, a new form took shape. This was the introduction of video-recorded workout plans. It included instructions from legendary fitness experts such as Billy Blanks and Jane Fonda, and it made people all over the world feel great.

But no one saw the digital gym coming. Digital gyms can, for the most part, be accessed on apps. Here, fitness enthusiasts can work out in prerecorded classes or even live classes. This has completely transformed the fitness industry, enabling individuals to work out when it’s convenient for them and in the comfort of their own homes.

Then there are fitness trackers, another game-changer. You no longer need to buy special medical devices to track your heart rate and other wellness metrics. Today, you can buy yourself a wearable such as a Fitbit, which you can use to track your steps, heart rate, and more.

There are almost always new and important health and fitness trends to keep your eye on. This is precisely why the fitness industry is a notable example of how moving from physical to digital was a game changer.

There have been countless case studies done on the transition from brick-and-mortar stores to online shops or e-commerce. In large part, individuals are relishing the fact that online shopping has made our lives so much easier.

While the first e-commerce store technically launched in 1982, its sole purpose was an online market dedicated to people who were selling second-hand computers. Today you can pretty much sell anything online. The retail space has also had many success stories.

When Netflix first started in 1998, it was a service where individuals could rent physical DVDs. The following year the company quickly moved over into subscription-based renting, where people could rent as many DVDs as they wanted for a set fee per month. For nearly 10 years the company was successful with its service offering, and by 2007, it felt it was time to expand, or rather, reinvent, the business.

This was when Netflix first ventured into the streaming market. While the company was phenomenally successful at the time, the expansion into streaming would pay off immensely in the coming years. And now we have Netflix, a full-on streaming service offering an array of digital content. Even in 2023, Netflix is still touted as one of the best streaming services.

There are so many chat services available today that it’s sometimes difficult to keep up. But one business to mention here, Slack, is truly a Cinderella story. When Slack first launched it was called Tiny Speck. Tiny Speck handled the unsuccessful game called Glitch. By 2012, the game was shut down and things were looking bleak for Tiny Speck.

However, there was one aspect of Glitch that people simply loved, and it was the chat function. Luckily, executives noticed that the chat function was highly popular and then developed and launched Slack in 2013, based on Glitch’s chat functionality. By 2019 the company had gone public, and by 2020, Slack recorded over 12 million daily active users and nearly 115,000 paying customers.

So, you see, it’s vital that businesses are tuned into their industries and technology. If they are paying close attention to changes, they can easily see if and how it will work for their business.