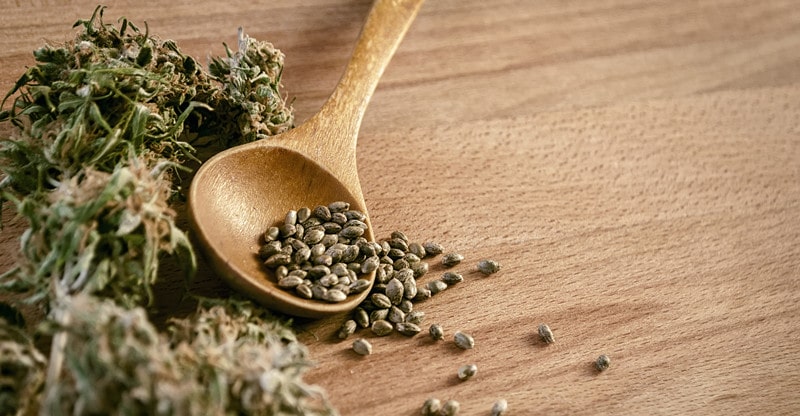 Cannabis has been the subject of a much-heated discussion for some time now and more and more countries decide to finally legalize it to some extent. Canada finally followed and now it’s ACMPR that regulates everything about marijuana – how you can grow, buy, sell, possess and use it.

Thanks to the legalization, there are also more and more studies conducted in the field as to the advantages and disadvantages of cannabis. People point to its various benefits, especially when it comes to CBD – a compound extracted from cannabis that, on the contrary to THC, is not psychoactive nor addictive.

They say it helps with pain, anxiety, skin and even cancer. None of the research has been conclusive yet but there are more and more voices speaking about how it can be helpful while fighting against drug addiction. Sounds ridiculous? Not really.

Opioid addiction is one of the biggest problems of the 21st century and it has been since the 1990s when people believed painkillers to be safe and non-addictive. Around 8-12% of prescriptions actually led to addictions – we’re talking about millions of people here. And even now, with the rising awareness, thousands and thousands of people decide to try heroin, and when it comes to this drug, even trying is dangerous.

That’s where marijuana can be of use; to be precise, it’s CBD that helps with reducing these symptoms. It affects the nervous system, reliefs pain and eases anxiety. Thanks to that, withdrawal may not be as traumatising, hence it will be easier for people to stop using.

What’s more, research shows that CBD can actually reverse some of the changes that heroin does to an addict’s brain (e.g. heroin damages the glutamate transmitter system which is important when it comes to making decisions, cognition and rewards).

When it comes to substances killing people, cocaine is second best after only opioids. People who try to stop using it, experience similar symptoms as those addicted to heroin: unbearable cravings, anxiety, insomnia, paranoia, agitation, irritability and immense fatigue.

Just like in the case of opioids withdrawal, CBD can help reduce these symptoms and it makes it easier for the addict to recover, especially that its effects can be long-term.

There was a study conducted among crack users (crack is a cheaper version of cocaine) that showed that those who started using marijuana observed a reduction in cravings for crack. Most countries adopted the rule of harm reduction instead of perfection to help drug addicts – it allows the use of marijuana, even with an addictive THC.

Alcohol is completely legal despite its undeniable danger – almost half of all admissions to addiction treatment centres is because of alcoholism.

And the withdrawal can be as bad as in the case of opioids and cocaine; its symptoms include hallucinations, sweating, nausea and vomiting, tremors, insomnia, anxiety and irritability. CBD helps alcoholics deal with these symptoms by making them less severe, and it decreases the risk of later relapse.

In the past, everybody used to smoke. People didn’t know about the side effects and dangers that cigarettes pose to our health. It was even recommended to people with lung problems and to pregnant women as cigarettes were believed to be helping with breathing.

Now people are more aware of the risks but the tobacco business is still flourishing, mostly because it’s easy to get addicted to smoking and it’s extremely hard to quit. It may not be as traumatising as opioids or cocaine withdrawal, but the symptoms are still not very pleasant. According to the study, smokers who started to inhale CBD actually reduced the number of cigarettes they had smoked daily.

It may sound funny, but it’s actually done in some places, though it only works with extracted CBD. Marijuana is not as addictive as other drugs, but some people may be more susceptible than others, especially when they start using at a very young age. If they try to quit, they tend to suffer from similar withdrawal symptoms, like irritability, restlessness, insomnia and reduced appetite.

CBD can help with these symptoms; what’s more, it’s also helpful because of its ability to interact with our brain. In a way, CBD stands in the way of THC.

It’s important to remember that neither cannabis nor CBD alone is a panacea. It may not be as effective with all patients because people tend to react differently to it. Plus, you should never use it on your own – always consult with a doctor or another professional to be sure you’re not doing more damage.