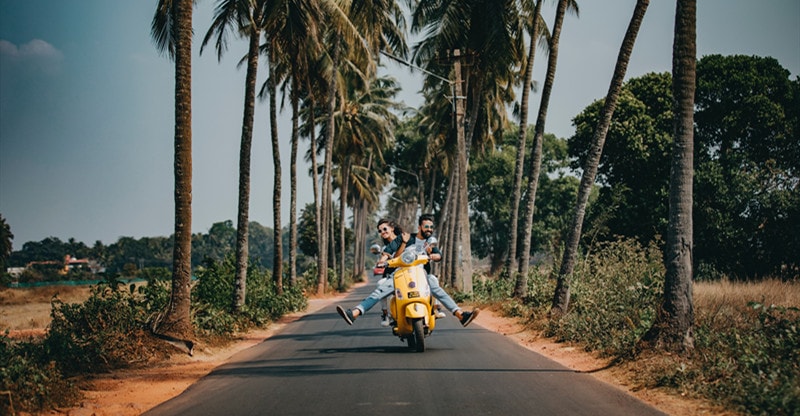 Motorcycle riders like bicyclists and pedestrians are more vulnerable to accident injuries than motorists. This is mostly because there is nothing standing between the automobile chassis and motorcyclists. Statistics from NHTSA states that motorcycle accidents are up 5.1% from last year. A motorcyclist is more likely to perish from a crash than someone in a closed vehicle.

Some motorcycle accidents happen when the car driver opens their door when the vehicle is parked in the street on the path of an oncoming motorcycle. The motorcyclist hits the car door and gets serious injuries. This accident can be fatal too if the rider lands badly.

One of the leading causes of auto accidents. Speeding lowers the ability of the motorcyclist to see and react to other road users on time, which may have prevented a collision. Higher speeds have the greatest impact on a collision and often severe consequences.

Drivers who often drive under influence cause accidents as their decision-making ability is impaired. Nowadays, this offense attracts both civil and criminal liability. DUI accounts for the increase in motorcycle accident fatalities. The motorcycle rider can hit an oncoming vehicle, make a wrong turn. Also, the rider can lose control and hit a power pole or building or other objects. Always connect with a DUI lawyer just to prepare yourself for these accidents.

When driving between two traffic lanes, you are guilty of lane splitting. The practice is illegal in some states and dangerous practice for inexperienced drivers and motorcyclists.

In most cases, motorcyclists ride between two lanes during slow traffic when vehicles are moving slowly. The close proximity to other vehicles can result in an accident. Accidents can also happen because of reduced space to maneuver and due to the fact that vehicles may not expect the movement of the motorcycle passing in a stopped or slow traffic.

Errors from the right of way because of misjudging oncoming traffic distance as you make a left turn is a common cause of injury for motorcyclists, and often result in death.

Left turns are the single most fatal situation any motorcyclist undergoes when cars are making it. This type of collision accounts for approximately 42% of motorcycle accidents.

In most cases, the turning vehicle strikes the motorcycle as they are going straight through a road intersection, are passing the car or trying to overtake the vehicle. The small size of motorcycles makes it less visible to turning vehicles. Plus, motorcycles passing vehicles on similar lanes are very vulnerable as cars normally don’t expect the maneuver.

The motorist is partly responsible for the accident if they were speeding on the wrong lane and gets less compensation for their damages and injuries.

For instance, a crumbling pavement, debris, lack of vital signals, and signs, and potholes increase the chances of the motorcycle losing control of the automobile resulting in an accident.

Also, dead animals or uneven height in lanes among other irregularities pose a serious accident risk to motorcyclists. The small size and less stable nature of motorcycles makes them more vulnerable to these conditions.

Inexperienced drivers make it unsafe to move on the road as they compromise road safety of other users or motorists.

Rear-accidents occurring because you are too close. Sometimes a motorist can make a sudden stop on the road resulting in a death or serious injury to the motorcyclist.

Motorcycle Involved in Head on Collision

Accidents involving other vehicles and a motorcycle account for 56% of deaths. These accidents mostly involve the vehicles colliding with the motorcyclist on the front. Head-on collisions are fatal to motorcyclists.

Motorcyclist accidents have serious consequences that include spinal cord injuries, broken bones and brain injuries. The injuries can be life-changing and need a lifetime of medical care which is very expensive.

Therefore, if you are hurt in a motorcycle accident from any of the above-listed causes or any other, contact experienced and qualified motorcycle accident attorneys. This enables you to get advice on the case as you may be entitled to compensation that will help with your medical expenses, lost wages, rehabilitation costs and earning capacity, etc.