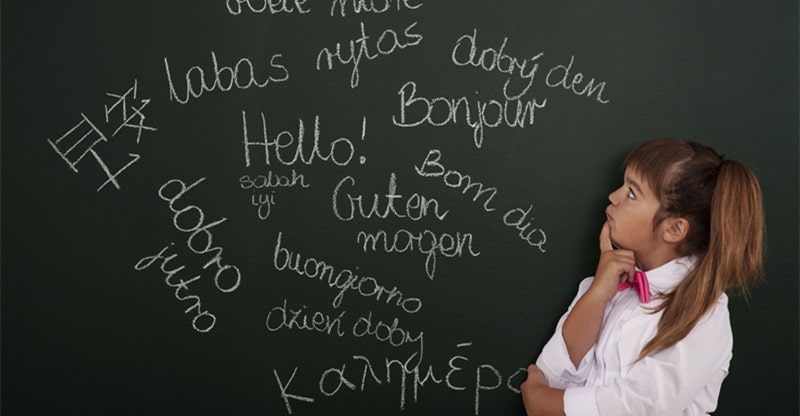 Babies came to this world with a blank slate in language. They are not born speaking and knowing their native language. In fact, parents are usually excited during the first time babies speak because it is priceless. This means that the babies are making an effort to connect with the people around them.

But, what’s exciting about children learning languages is that it seems so easy for them. Why is this so? Does Science have an explanation for that? Are they really better language learners than adults? Find out the answer as you go through this article.

Before we go any further, we have to know the difference between language acquisition and language learning. They may seem the same, but they are not. Children acquire knowledge through a subconscious and natural process.

During the early years of their life, they are not aware of any grammatical rules. To acquire language, children should have a source of natural communication, which is usually the people around them. Children repeat what they hear, try out sounds until it starts to make sense, and eventually, they will use it for communication.

On the other hand, language learning is the result of direct instruction. This involves the rules of language. This can’t be used for very young children because language learners are presumed to have basic knowledge about the language they have to learn. People who learn a language should have a deductive approach to intonations, morphology, syntax, and semantics.

It is important to know the difference between these two important terms because this may help you answer your question.

Reasons Why Children Seem To Learn A Second Language Easily

It is not new to us to hear claims like children learn a new language much easier and faster than adults. A hypothesis called the “critical period hypothesis” says that the brain is particularly good at learning languages in the first years of life. This might actually answer your question. It surely seems easy if you compare a child learning to an adult.

The first reason children learn languages so easily at a very young age is that they are a part of their brain chemistry. According to Dr. Paul Thompson of UCLA, children use a part of their brain called the “deep motor area” to acquire new languages. A child, who’s at a young age, is exposed to multiple languages, has a much easier time remembering and processing the information they receive. They are learning languages without much effort, just like doing unconscious actions.

Kids are using the same skill they have applied upon learning their native language. In the early stages of children, they can learn and pick up words so easily because their brain chemistry is built. This is their advantage that makes it seem easier for them to learn new languages. With this, we can say that children do not learn a language easily but differently.

If you are an adult and your teacher asked you to introduce yourself in a foreign language, you are conscious of sounding like a native speaker. You want it to be accurate.This is because adults are more capable of intellectual learning and complex learning. Adults are concerned with different factors like grammar, accuracy, and even being fluent.

This is not the case for the kids. They don’t need to master structures, pronunciation, grammar, and other factors that adults usually do. They use simpler structures, and they don’t have the cognitive ability to relate their first language to the second language. They do not associate words with their meanings.

Adults and older kids are very conscious of avoiding committing mistakes. They are learning a second language with hopes of becoming as fluent as native speakers. But for a child, they are learning a language without even getting conscious of making mistakes. They are not afraid of mispronouncing words that adults are mostly scared of because they are afraid of negative feedback from others, especially with native speakers.

Unlike adults, children do not have negative experiences about the second language, yet they are not conscious of whether they pronounce words wrong.

These are all ideas why children seem to learn languages easily. But, the most important takeaway that you should have is that no one is ever too old to learn new languages.