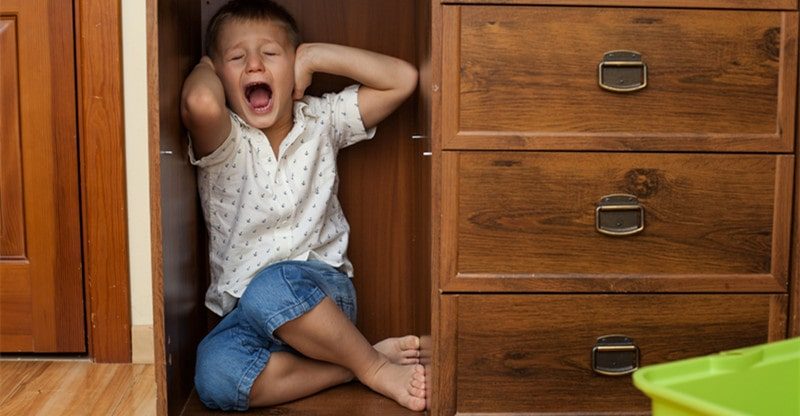 Children are sent angels from above. They symbolize joy, hope, and love in any family they can be with. They are the source of happiness that spreads laughter in any corner of the house. When there is a child or children inside a house, it is filled with happiness and contentment. However, as children bring positivity to a family and house, they can also be victims of abuse and other bad deeds.

As these angels are still coping up on how to survive and live their life, traumas are with them, testing their will and strength. Another sad fact in most cases of these childhood traumas is that they experience it in their own home or family.

This is a crucial topic that only needs proper discussion to spread awareness. Children do not deserve any kind of trauma as it can bring them lifetime effects. Given that, here is a brief discussion of childhood trauma and its effects on them.

What is Child Trauma?

Child trauma refers to the mental disorder wherein children are the primary victims. This is a mental condition that affects not only the mental but also the emotional and social capacities of a child. This is brought about by a traumatic incident such as an accident, rape, losing loved ones, viewed contents either online or virtual and so many more.

The level of trauma depends on the age of a child, the younger the child, the deeper the trauma. However, there are also instances wherein the child is older. The trauma cuts deeper. This is because of the level of their consciousness, which makes them remember every single detail of the incident. Compared to younger children, they can easily forget some details of the incident.

The primary effect of any traumatic experience for children is unstable mental health. Trauma is already a mental condition, and having it can worsen the mental health condition of a child. It can make him feel unsafe, anxious, depressed, and a lot more.

This also brings him an effect on thinking and understanding life events. Instead of deepening the way he perceives life and other things, he lacks due to the trauma.

Another effect of trauma on children is that it makes them feel scared to socialize. In short, they fear other people thinking that the traumatic incident might happen again. They always see other people the same as whoever made them feel traumatized. This can also apply to certain objects that are present when the incident happened.

This is a huge disadvantage, especially for those who need to start building the ability to communicate with other people. It does not only affect them on the social aspect but also in their studies. Children need to communicate when inside the class, but having a trauma makes them unable to do it.

The next effect is suicidal thoughts. This is also attributed to unstable mental health that triggers their thinking to just end their life as it can end their suffering from a traumatic incident. They think that ending their life will help them ease and end the pain they have been feeling throughout time. This is actually one of the worst and alarming effects of childhood trauma, and it needs enough attention.

Another effect is that childhood trauma leads to poor performance in school or academics. Children who suffered from trauma are more likely to be less interested in school and other involved academic activities.

Instead of participating in a class discussion, they will only stare from afar or go home. This is because it makes them feel irritated whenever they see any happy moment surrounding them. Also, they have a hard time focusing on their studies due to excessive thinking about their traumatic experience.

In addition to that, there are instances that children can do a good thing socializing within the class; however, it still fails academically. They only show that they are okay yet deep inside; they are struggling. This is one of the most common mistakes that our generation makes due to a lack of sympathy for other people and not considering their personal struggles.

Anger is one of the most common emotions that can be felt by any trauma victim. For the children, they can easily get angry or irritated with any certainty, especially those that remind them of their experience. Here, they can easily burst out and might as well harm other people surrounding them.

Also, the patience they have is lesser than anyone else. Children who have trauma suffered mentally, emotionally, socially, and also physically; that is why it is only not easy for them not to vent anger out when there are trigger factors.

Health can also be at stake and be an effect of a traumatic experience. When the incident involved physical abuse, deformities, or complications are possible. Also, mental health can be impaired, which leads to different mental health disorders such as depression, stress, anxiety, and other else. Both physical and mental aspects suffer that can trigger worse health conditions.

In addition to that, victims who already have previous health concerns can have it worse after a traumatic incident. For example, if the victim already has a heart problem, then a traumatic incident can worsen the condition. Aside from increasing the heart rate or worse, bringing life into danger, child victims can suffer a lifetime with severe heart conditions.

Children are angels, and they bring so much happiness and joy. With that, they only deserve a positive vibe to live in this cruel world. At a young age, children must enjoy their life playing around and starting to learn new things in life, not being themselves due to trauma. Let us all protect these precious children, for they are the future.