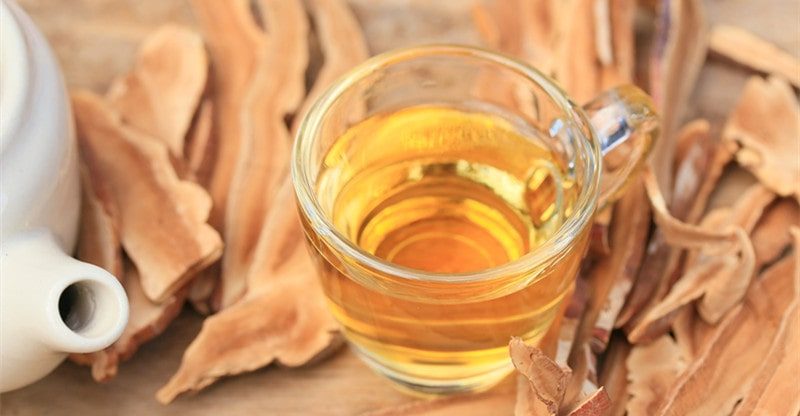 Chinese medicinal herbs have been prized for their health-boosting benefits for thousands of years. Many of these have been used as an anti-cancer fighter and are particularly effective when used for culinary purposes. Simply adding these herbs into your daily routine can be a brilliant way to ward off unwanted illness.

Courtesy of Vita Herbal Nutrition, here are 5 natural Chinese herbs, and some recipes, that may be effective at fighting cancer:

Also known as the ‘Mushroom of Immortality’, Reishi is commonly harvested, dried and then sliced into long pieces ready for use in culinary dishes. Many people consume this mushroom for its potential anti-cancerous properties.

One study found that of 4,000 breast cancer survivors, 59% consumed Reishi mushroom as part of their diet. Some scientific experts have also praised this herb for its potential to kill cancer cells.

Reishi mushroom has been known to potentially increase the production of the body’s white blood cells, which can help fight cancer. This medicinal herb has been found to have a positive impact on the testosterone hormone, which may also increase its effectiveness for those suffering with prostate cancer.

Powdered Reishi can easily be consumed to assist with fighting cancer. Simply add some ground Reishi into your morning tea to make an effective, herbal drink.

Prized as one of the healthiest spices on the planet, Ginger Root has a long history of use in Traditional Chinese Medicine (TCM). Properties of this herb appear to lower inflammation in the colon, an early indication that Ginger Root may be effective in treating and preventing colon cancer.

Ginger Root is particularly popular in Asian culture, as many people in India, China and Japan consume up to 2 tablespoons of ground ginger each day. Across the board, these countries have notably lower rates of colorectal cancer. This combined with their higher intake of vegetables and fibre makes a well-rounded diet to model from.

Consuming this Chinese medicine herb couldn’t be easier. Placing dried Ginger Root in tea to create a herbal remedy is an effective way to receive the anti-cancerous benefits of the root, while enjoying a tasty brew! Alternatively, if you’re more of a soft drink consumer, blending the herb together with water can create a delicious Dried Ginger Root Juice.

A versatile ingredient to many dishes, the Wood Ear Mushroom possesses a crunchy texture with a dark, velvety colour. High in disease-fighting antioxidants, scientific research suggests that this mushroom could help suppress and fight cancer cell growth. Other studies suggest that Wood Ear Mushroom may be effective at killing tumour cells of the bones, stomach and lungs.

The high vitamin content (B2, C, D) play a key role in improving health and the immune system, while fighting off unwanted diseases. With some suggesting that this mushroom could aid the prevention of cancer, heart disease and rheumatoid arthritis, it’s clear to see why so many people have integrated consuming Wood Ear Mushroom as part of their daily routine.

This ingredient can be added to an array of recipes to replace common white and brown mushrooms, adding a different texture. In Asian cuisine, Wood Ear Mushroom is commonly added to soups and stir-fry dishes to absorb spicier flavours. This is a perfect ingredient for dishes such as Hot and Sour Soup or Chicken with Wood Ear Mushrooms & Dried Lily Flower.

As one of the oldest consumed grains in the world, Barley is from the same family as oats, wheat and quinoa. Although it is not as popular as its sibling counterparts, this grain boats an impressive array of benefits, especially for anti-cancer. Whole grains contain compounds which may be effective to fight disease and killer cells, with some studies suggesting that Barley Grain has the potential to inhibit tumour growth.

A diet rich in whole grains have been scientifically researched in-depth, and may help reduce the risk of diabetes, heart disease and other chronic health conditions.

Barley Grain is an extremely versatile ingredient in an array of tasty dishes. Commonly used as a substitute for rice, one portion of cooked barley has significantly fewer calories. Containing more fibre than quinoa, brown rice or wild rice, Barley Grain is a fantastic accompaniment for many culinary dishes, including soup! Try adding this ingredient alongside a delicious Herbal Chicken for a wholesome meal.

Predominantly used in East Asian cuisine, the Shiitake Mushroom is known as the best grade in its class. Native to southern Japan and South Korea, these mushrooms possess a relatively smooth cap, compared to its cracked cousin (Hua Gu). Containing anti-bacterial and anti-fungal properties, with a high vitamin D content, the Shiitake Mushroom is an effective ingredient in the fight against cancer.

Scientific research has suggested that this mushroom may have cellular-immunity-enhancing effects which may be useful to inhibit the growth of cancer tumour cells. Additional research has suggested that cancer patients who consumed Shiitake Mushroom may increase their life expectancy and positively influence their immune system’s response to cancer.

This meaty mushroom contains a smooth, tender texture and is a fantastic ingredient in stews, soups, stir fry dishes and many more. Including this in Pak Choi or Steamed Chicken with Shiitake Mushroom can ensure you receive the anti-cancerous benefits of the mushroom, while cooking up a delicious dish!

With many Chinese culinary herbs possessing potential properties to assist with cancer, it’s comforting to know that these powerful ingredients can be added to dishes and consumed easily. For any additional information on Vita Herbal Nutrition’s culinary herbs, please click the link provided at the top of this page.