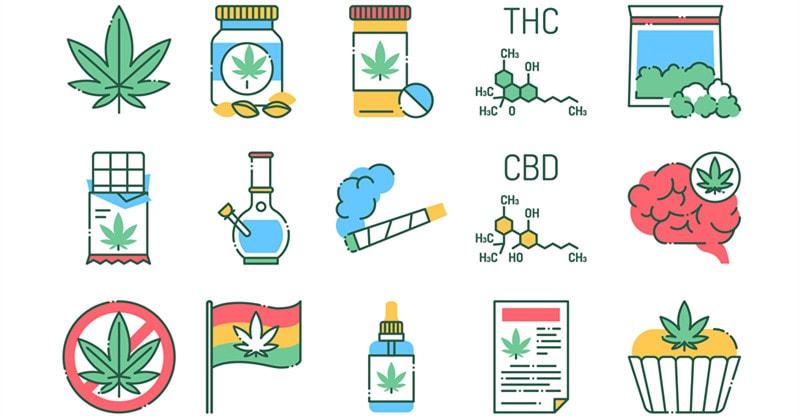 CBD has been on everyone’s lips for a while now. However, many people who would like to try it, don’t use it as they simply don’t know what to do, or what product would be best for them. So, to put them out of their misery, here is a CBD beginner guide, ideal for those who are just starting with CBD.

CBD is one of the two most commonly known cannabinoids of the cannabis plant, along with THC. THC is responsible for the ‘high’ effect that people usually associate with marijuana. CBD, on the other hand, is a non-intoxicating substance.

CBD started to become popular a few years ago when its first health benefits were proven by scientific research. It’s almost impossible to obtain CBD 100% free of THC, so in nearly all the products available on the market, there is a small percentage of it. However, it’s not enough to make anyone high.

CBD is used in treatments of illnesses such as epilepsy, anxiety, nausea, insomnia, multiple sclerosis, neurodegenerative disorders and many more.

On the other hand, CBD isolates contain only pure CBD – the rest of the phytochemicals is separated during a process called chromatography. Products made with CBD isolates tend to be cheaper than the ones containing full-spectre CBD, as manufacturers can use hemp of lower quality. In most cases, isolates require higher doses than full-spectre CBD to give the same results.

There is also the third type, but it’s not as known as the previous two. It’s called the controlled spectrum, or “broad spectrum.” In this type of CBD, the cannabinoids and terpenes are separated into their individual components and then recombined in specific ratios. Their effects can vary depending on the rate of cannabinoid that has been used.

Nowadays, there are so many forms of CBD available on the market that should come as a surprise that making a choice can be a problem.

Some of the most common forms of CBD include:

One of the most confusing things for those who are just starting their adventure with CBD is figuring out the right dose to take. The amount you should take depends on several factors, including your body weight, the condition you’re treating and your individual body chemistry.

Before you try CBD, go to your doctor and talk to him about the recommended dosage and the potential side effects. If he tells you how much of it you should use, then stick to what he told you. If he didn’t tell you, start with a small dose (20-40 mg) and slowly increase it. After a week, you can increase it by 5 mg. Do it until you feel like the dosage works for the condition you are suffering from. It’s good to keep track of how much CBD you are taking.

As you can see, choosing the best CBD product is not an easy task, but hopefully, with the above guide will make the process easier.