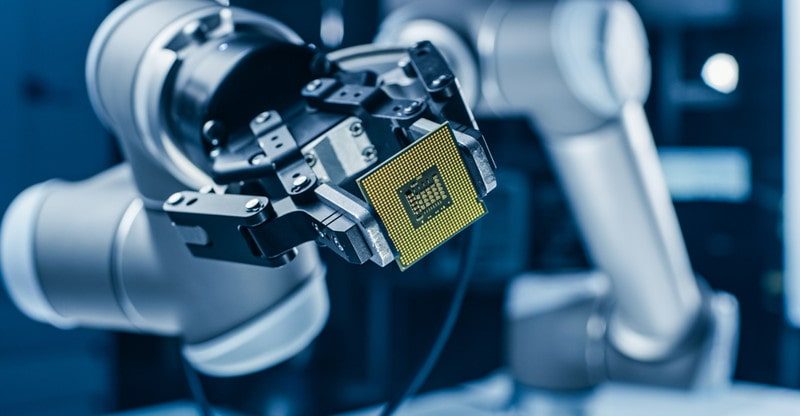 A robot is an automated android with the programmable ability to carry out functions that are otherwise designated for human beings. An end effector otherwise known as an end of arm tooling is therefore the part of the robot that grants it the capability to interact with its environment and accomplish its allotted tasks.

Effective operation of any robotic structure requires an in-depth understanding of how its parts work together when trying to complete a particular errand.

Since robots are not artificially intelligent, they require a set of commands and prompts in order to assist them with the effective and efficient execution of their jobs. The culmination of these directives after they have been thoroughly processed takes place in and through the end effectors. Extra appendages are also required in order to streamline the robot’s performance.

However, a keen eye is a necessity when it comes to identifying, gauging and choosing the right robot end effector for your desired task. This is because of the presence of an extremely wide variety of end effectors in the market.

Furthermore, there is a huge variance between their appearance and functionality which means that most of them look similar on the outside even though they are tremendously different when it comes to their inner components and functionalities.

It is this contrast that introduces us to the distinct types of robot end effectors. It is however also important to note that one robot accomplishing different tasks may require a tool changer to switch between the varying end effectors.

Based on a wide range of specifications, end effectors come in the following forms:

As their name suggests, grippers are specifically designed to grasp and manoeuvre objects with diverse shapes and sizes. Grippers are classified into different models which include 2 and 3 jaw, 0-ring, Multi-finger, Needle and Vacuum grippers just to mention a few. They are mostly suitable for tasks that involve holding, clasping, handling and placing of items.

A sensor is a gadget that perceives and assesses the qualities of a particular item while gathering data to respond to the said object. When a sensor is installed onto a robot, it makes it a programmable sensor-directed device. This means that it can be able to acquire, investigate and analyse data from other objects thereby reducing the human labour hours expended on the same. Examples include force-torque and collision sensors.

Operational end effectors usually engage in processes that work on changing raw materials into finished products that have different features. Welding torches and material removal tools are good examples of process end effectors. They either complement or replace power tools and automated machines when introduced into an environment.

Selecting an end effector may be a rather tedious process but once you are able to acquire the right one, you realize that the effort invested was worthwhile. The following are the major factors that should be put into consideration:

The usability aspect is simply the degree to which the features of the end effector match up to your requirements. This means that one has to have a deep understanding of the task at hand before choosing the end of arm tooling to accomplish the job in question.

The weight of an end effector impacts the degree of speed to which it can function. The acceleration of an end effector not only determines how fast it completes a task but also how frequently it will require maintenance. The cycle time is basically the time it takes for an end effector to complete its designated errand.

End effectors area crucial part of the make-up of a robot which means learning how to choose one is as good as starting your journey to abundant productivity.