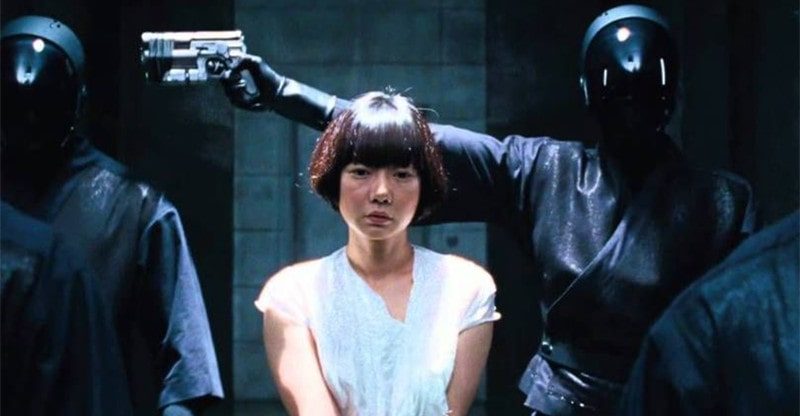 Written by the renowned British writer David Mitchell, Cloud Atlas is a fantastically speculative fiction novel consisting of six interrelated nested stories taking the reader on a journey of reawakening and the generality of human nature. The book discusses how self-centered and wicked people can be, but also how compassionate and gentle people can be.

This book, which has inspired several films, is full of intelligent and encouraging words that can help you understand and relate with people better. Here, I have listed 21 powerful Cloud Atlas quotes that will help you to be more principled in life.

​21 Powerful Cloud Atlas Quotes to Inspire You to Be Principled

​Cloud Atlas Quotes to Inspire You to Be Limitless and Determined

#1. “A half-read book is a half-finished love affair.”

#3. “Unlimited power in the hands of limited people always leads to cruelty.”

#4. “Power, time, gravity, love. The forces that really kick ass are all invisible.”

#5. “Fantasy. Lunacy. All revolutions are, until they happen, then they are historical inevitabilities.”

#6. “People pontificate, ‘Suicide is selfishness.’ Career churchmen like Pater go a step further and call in a cowardly assault on the living. Oafs argue this specious line for varying reason: to evade fingers of blame, to impress one’s audience with one’s mental fiber, to vent anger, or just because one lacks the necessary suffering to sympathize. Cowardice is nothing to do with it— suicide takes considerable courage. Japanese have the right idea. No, what’s selfish is to demand another to endure an intolerable existence, just to spare families, friends, and enemies a bit of soul-searching.”

#7. “You say you’re ‘depressed’—all I see is resilience. You are allowed to feel messed up and inside out. It doesn’t mean you’re defective—it just means you’re human.”

​Cloud Atlas Quotes to Motivate You to Pursue Knowledge

#9. “Books don’t offer real escape, but they can stop a mind scratching itself raw.”

​Cloud Atlas Quotes to Improve Your interactions with Other People

#11. “My life amounts to no more than one drop in a limitless ocean. Yet what is any ocean, but a multitude of drops?”

#12. “Our lives are not our own. We are bound to others, past and present, and by each crime and every kindness, we birth our future.”

​Cloud Atlas Quotes to Inspire You to Believe and Be Hopeful

#14. “Finished in a frenzy that reminded me of our last night in Cambridge. Watched my final sunrise. Enjoyed a last cigarette. Didn’t think the view could be any more perfect until I saw that beat-up trilby. Honestly, Sixsmith, as ridiculous as that thing makes you look, I don’t believe I’ve ever seen anything more beautiful. Watched you for as long as I dared. I don’t believe it was a fluke that I saw you first. I believe there is another world waiting for us, Sixsmith. A better world, and I’ll be waiting for you there. I believe we do not stay dead long. Find me beneath the Corsican stars, where we first kissed… now I’m a spent firework; but at least I’ve been a firework.”

#15. “…my dreams are the single unpredictable factor in my zoned days and nights. Nobody allots them, or censors them. Dreams are all I have ever truly owned.”

#16. “I believe death is only a door. One closes, and another opens. If I were to imagine heaven, I would imagine a door opening. And he would be waiting for me there.”

#17. “Souls cross ages like clouds cross skies, an’ tho’ a cloud’s shape nor hue nor size don’t stay the same, it’s still a cloud an’ so is a soul. Who can say where the cloud’s blowed from or who the soul’ll be ‘morrow? Only Sonmi the east an’ the west an’ the compass an’ the atlas, yay, only the atlas o’ clouds.”

#18. “Belief, like fear or love, is a force to be understood as we understand the theory of relativity and principals of uncertainty. Phenomena that determine the course of our lives. Yesterday, my life was headed in one direction. Today, it is headed in another. Yesterday, I believe I would never have done what I did today. These forces that often remake time and space, that can shape and alter who we imagine ourselves to be, begin long before we are born and continue after we perish. Our lives and our choices, like quantum trajectories, are understood moment to moment. That each point of intersection, each encounter, suggest a new potential direction. Proposition, I have fallen in love with Luisa Rey. Is this possible? I just met her and yet, I feel like something important has happened to me.”

#19. “Three or four times only in my youth did I glimpse the Joyous Isles, before they were lost to fogs, depressions, cold fronts, ill winds, and contrary tides… I mistook them for adulthood. Assuming they were a fixed feature in my life’s voyage, I neglected to record their latitude, their longitude, their approach. Young ruddy fool. What wouldn’t I give now for a never-changing map of the ever-constant ineffable? To possess, as it were, an atlas of clouds.”

#20. “Time is what stops history happening at once; time is the speed at which the past disappears.”

Since its release in 2004, Cloud Atlas has inspired many people to, critically, reexamine their morality and how they relate with other people. It has also helped readers to understand human nature, especially the things that change and the ones that don’t, over time.

This book also contains wise and intelligent words that will help you to improve your thoughts and life principles. I also hope that these Cloud Atlas quotes will enable you to take better control of your life.