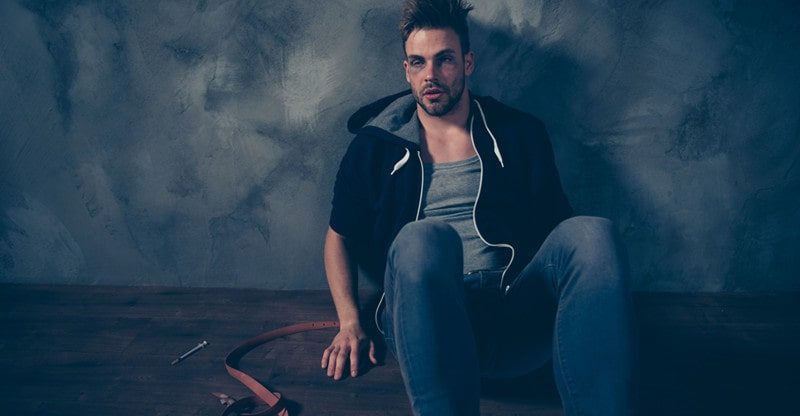 Coke, the common name for cocaine, is considered an “upper” or a high-intensity stimulant that momentarily increases mental and/or physical alertness. As such, it is considered the most addictive substance on Earth.

Used mostly as a recreational drug, this stimulant is usually introduced into the user by three main avenues. Cocaine can be snorted through the nose, inhaled as smoke, or dissolved and injected into a vein. All of the above methods provide different sorts of highs from the drug, but remain a stimulant, nonetheless.

While cocaine does not have the intense withdrawal symptoms of other drugs, it still comes with its own set of complications and should not be taken lightly as you approach the first few days of withdrawal. All of the symptoms listed below can affect you, no matter how you manage the withdrawal and while other drugs make you suffer physically, cocaine adds a psychological element that will cause added stress.

Symptoms of cocaine withdrawal should not be brushed off simply because they may not be as intense as other drug withdrawals. The psychological impact of coming off cocaine can be torturous and should be handled with the utmost care and diligence.

Cocaine, which is pulled from the leaves of the cocoa plant, was originally used to make the coward brave and to offer a painless experience to someone who was suffering. It wasn’t until well into the 20th century that scientists became aware of its addictive properties.

And anyone who’s ever tried or been addicted to cocaine knows that the body’s response is almost instantaneous and does not last long at all. This requires several ‘hits’ of cocaine every day to achieve a good high. The longer the addiction goes on, the more and more coke it will take the user to gain that same euphoric feeling. This is due to the fact that for a drug, cocaine has an unusually short half-life.

In most cases, the symptoms of cocaine withdrawal can start a miniscule 90 minutes after the last dose. The real presser is that it can take a long and arduous 7-10 days to get through the last effects of the withdrawal and come out the other side.

There are several factors to how long recovery can last, however. The five factors below are the most common issues with the length of recovery.

• Length of Use-The longer you’ve been using cocaine, the more damage that’s been done to the brain and nervous system. As cocaine use increases the serotonin and dopamine levels in the brain begin to decrease until there isn’t anything left.

• Dosage-The larger the dose used, the more intense the withdrawal will be. Someone who’s continuously used large doses of cocaine to get high will undoubtedly have to deal with a more ‘painful’ recovery.

• Environment-If cocaine was used as a means of escape, to say, reduce stress, it’s likely that stress will trigger the urge to use, delaying or even completely voiding the attempt at recovery.

While there can certainly be some hurdles and stumbling blocks to the process of recovery, if cocaine is the subject of addiction, there are pathways to successful completion of rehab once a person commits to the process.

To properly manage the withdrawal symptoms of cocaine, you or your loved one should seek treatment at a reputable rehabilitation center. Coming off any habitual, recreational drug is never an easy undertaking and should be managed by a team that can properly care for your needs as the symptoms increase.

These symptoms are not easy to predict, will certainly increase in intensity as the withdrawal continues, and will need expert care to make sure you or the one you love get the best care possible to ensure a lasting, positive result with no relapse.

Detox, the process of going through an addictive substance withdrawal, can be done in an outpatient setting, however there are instances when a medical detox is necessary.

• If the person has relapsed during a last withdrawal attempt.

• Mental health issues and/or disorders should always be approached with care from a medical professional while detox is occurring.

• Anyone who had or is suffering from addiction-related depression from an attempt to stop using cocaine.

While medical detox isn’t necessarily the right path for everyone, it certainly has its merits for those with certain needs. Consulting a professional about your specific situation is always recommended.

Struggling with cocaine withdrawal is never something you want to have to do on your own. And whether you choose an outpatient treatment program or a medical detox, the real decision is that you’re choosing to get help and there is never a bad time to choose help.

In some cases, medication may be available to help you with the physical and possibly the psychological aspects of the lack of cocaine in your system. While the drugs they have may not be as helpful as the medications for other drug withdrawals, there are options for helping to manage discomfort and the mental strain of addiction withdrawal.