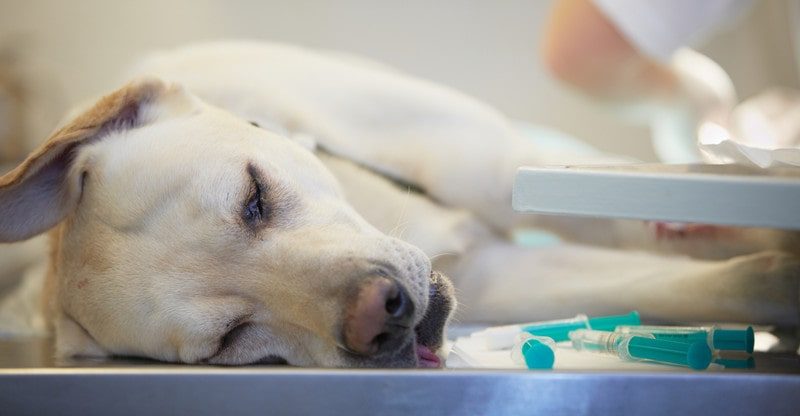 Dogs tend to vomit a lot. Just ask any pet owner. And most of the time, vomiting usually means they ate too much grass or just ate something they shouldn’t have. However, there are times where vomiting could be a symptom of something more severe, which can be scary for pet owners.

As a dog owner, the health of your pet should be a top priority. And while seeing your dog vomit should be no reason to panic, it’s worth checking up on just to make sure that your pet is fine. One of the ways you can tell if the vomiting is caused by something more severe is by checking the color.

There are many things you can determine by checking the color of a dog’s vomit, and we’ll be going through some of them today. In this article, what the different colors of dog vomit mean and what you should do if ever you catch your dog vomiting.

Read on to learn more.

The Different Colors of Dog Vomit and Their Meaning

Remember, dogs are complicated animals, and sometimes, their vomit can mean more than one thing. So, while it’s always best to bring your dog to a vet to get a proper diagnosis, here’s a quick guide that can give you a general idea of your dog’s health when they vomit.

Is your dog vomiting white foam in the morning before eating? Or did you find a white pool of vomit in the kitchen while doing the dishes? Usually, white vomit is basically foam on top of your dog’s vomit. This happens when the puke comes into contact with air and can also be caused by the vomit sloshing around in your dog’s stomach.

Brown vomit in dogs means a lot of things. Most of the time, it’s because of the color of your pet’s kibble, which is usually brown and red. If you see kibble in the brown vomit, it’s usually nothing to worry about.

However, brown vomit can also be caused by your dog eating feces. Now, this sounds gross, but it’s very common for dogs to ingest feces from time to time, which can cause some health problems.

The most common reason for green dog vomit is that they ate grass in the yard. If you see plant material in your dog’s green vomit, it simply means they snacked on plants while they were outside.

However, green color can also indicate bile in the vomit, which can happen to dogs with an empty stomach or those suffering from acid reflux. If your dog vomits without food in its stomach, this could indicate a more serious problem, and they should be brought to the vet immediately.

Red vomit can be very alarming. Since it’s the same color as blood, this type of puke tends to freak out some dog owners and cause them to panic. However, before you start panicking, check the color of your dog’s kibble, and if there’s some red in it, that could be the cause of the color, especially if there’s kibble in the vomit itself.

However, if your dog doesn’t eat red kibbles, then that might indicate blood in the vomit. Bloody vomit can be caused by stomach ulcers and other gastrointestinal conditions and requires a vet’s attention immediately.

If you see yellow color in your dog’s vomit, that can mean there’s bile present. As we mentioned earlier, bile is usually present in a dog’s vomit if they have an empty stomach. It can also indicate acid reflux which is why it’s important to take them to the vet as soon as possible.

Clear vomit can also be an indicator of acid reflux, as this usually occurs if they vomit on an empty stomach.

What Causes Dogs to Vomit?

There are many things that can cause a dog to vomit. Usually, vomiting is caused by your dog eating something they shouldn’t have. This could be grass or food you have in your kitchen. It can also be caused by them eating or drinking too fast.

However, there are times that vomiting can also be a sign of something more serious. So, if you notice your dog vomiting try and check other symptoms, they may be exhibiting to get a clearer idea of their health.

What to Do If You See Your Dog Vomiting

If you notice your dog vomiting, that isn’t a cause to panic. There are many reasons dogs vomit, and usually, they feel fine right after vomiting. Unless you notice that your dogs are frequently vomiting, or it seems that they’re vomiting on an empty stomach, the best approach is to keep observing.

If symptoms don’t disappear after one or two days, that would be the best time to call the vet. However, if ever you’re feeling unsure or uneasy about your dog’s health, calling your vet and scheduling an appointment is always the right thing to do.