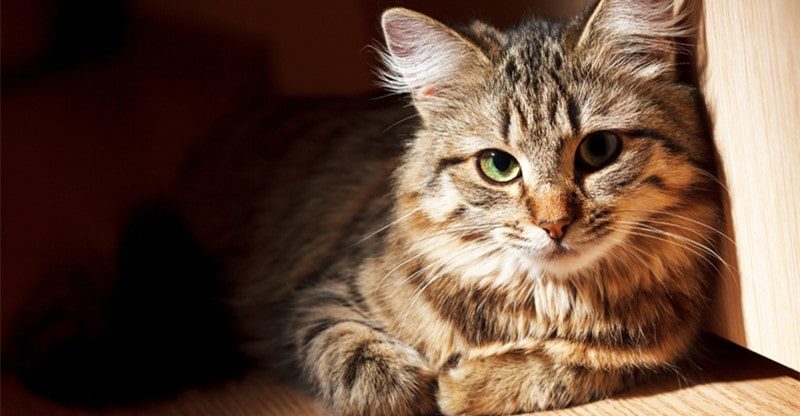 Owning any cat comes with certain responsibilities, but there’s an extra concern facing female cat owners: preventing pregnancy while the cat is in heat. Some cat owners choose to have their cats spayed before they come of age. Spaying is the only way to absolutely guarantee that there won’t be any unwanted litters, but not everyone feels comfortable with this permanent solution.

Cat owners who don’t want to have their animals fixed still need to take responsibility for preventing unwanted litters. Thankfully, there are many ways to prevent pregnancy and ensure that the cat remains healthy and happy during this difficult time. Read on to find out what cat owners need to know about feline estrus, including how to prevent unwanted pregnancies.

What Is Feline Estrus?

Estrus refers to the part of the feline heat cycle in which female cats become receptive to mating. During this stage, the cat’s hormones will change to allow for ovulation, make the female cat more receptive to males’ advances, and attract male cats to the area.

The estrus phase of the heat cycle can last anywhere between one and seven days, but the entire cycle can take up to three weeks. There are plenty of ways to calm female cats during this difficult time and keep them from making a mess of the house, including buying diapers for your cat. Keep those measures in place throughout the estrus stage for maximum effectiveness.

Signs That a Cat Is Entering Estrus

Before a female cat enters into estrus, she will enter a stage known as proestrus. During this stage, the cat will begin to change her behaviors. She may become more affectionate or demanding, persistently rubbing up against her owner or rolling on the floor to call for attention.

Most female cats also become very vocal during this time, as they begin to let nearby males know that they are ready to mate. Some cats will begin to spray urine, which contains hormones and pheromones that indicate their reproductive status. If the cat is allowed outside, tomcats may start to appear in the yard in response to vocalizations and spraying.

It’s usually equally obvious when an indoor cat is in heat. If cat owners aren’t sure, all they need to do is pet their cats down the back. A female cat who is entering estrus will raise her rear quarters and tread her back legs in response.

When Can Cats Get Pregnant?

Cats are induced ovulators, which means they can get pregnant at any point in the estrus cycle. Female cats only release eggs from their ovaries during mating. It typically takes three to four matings within one day to induce ovulation, but each one can take just one to two minutes. If a cat ovulates, it will end her estrus cycle within one to two days.

How to Prevent Unwanted Pregnancies

By far the most effective way to prevent unwanted pregnancies is to have female cats spayed before they enter their first heat cycles. Spayed cats are generally healthier than their unaltered counterparts. This surgery is recommended before female cats enter their first heat. Research shows that spaying cats before they reach adolescence does not pose any significant health or behavioral risks.

Don’t want to have a cat spayed before she reaches sexual maturity? That’s also fine, but it will require some extra effort and patience on the owner’s part to prevent unwanted pregnancies. Owners of unspayed female cats can:

Just keep in mind that preventing unwanted pregnancies takes constant vigilance, especially if there is more than one cat in the home. Cats who are in heat will go out of their way to seek out potential mates. Even indoor cats often make escape attempts during this time.

Plus, cats aren’t like people. They have no qualms about inbreeding, which means cat owners need to keep an eye on their pets even if they’re from the same litter.

How to Comfort Cats in Heat

Despite the often-unnerving sounds that female cats make while they’re in heat, there is no evidence that feline estrus is painful. That said, female cats who are prevented from mating may go through worrying behavioral changes, and they may need extra attention during this difficult time. Here’s what cat owners can do to help their beloved pets:

Remember that unspayed female cats don’t ask to be in heat. They don’t have a clear understanding of what’s happening to their bodies, and they aren’t trying to make their owners’ lives more difficult. Be patient about noise, escape attempts, and exceptional neediness. They’re all a normal part of the feline estrus cycle.

Female cats often urinate more frequently while they are in heat. Keeping the litter box clean is a must during this period, as it can encourage cats to mark their litter boxes instead of the carpets or furniture. Just make sure to avoid ammonia-based cleaners, which can further stimulate spraying behaviors.

Most cats crave extra attention while they are in heat. Extra pets and brushing during the heat cycle can help to calm them down. It can also help to reduce vocalizations, making life less stressful for owners, as well.

While most cats like getting extra attention while they’re in heat, there will be times when they just want to be alone. The stress of estrus, especially when unfulfilled, can lead to irritable or aggressive behaviors. Giving the cat a comfortable, private space she can retreat to when she’s feeling stressed or acting aggressive may reduce these unwanted behaviors.

Spaying cats when they reach two months of age is by far the best way to prevent unwanted pregnancies. It also allows cats and their owners to avoid the unpleasantness of seasonal heat cycles. Pet owners who don’t want to spay their cats should take responsibility for their decisions by ensuring that their cats cannot get outside and providing them with extra comfort during this time.