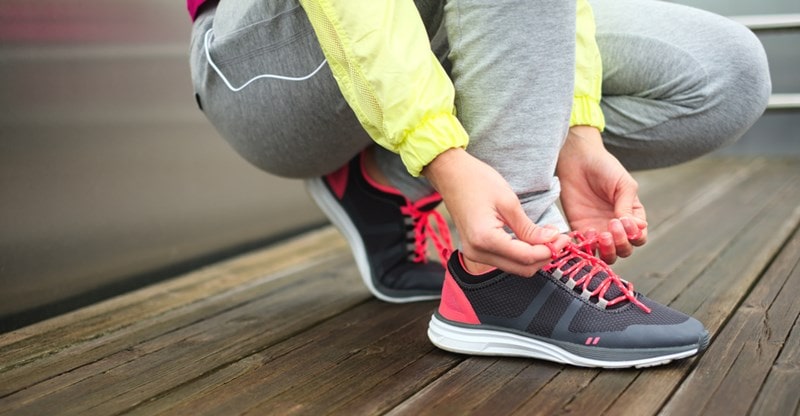 With more and more of us trying to live fit and healthy lives, we are finding ourselves spending an increasing amount of time either at the gym or traveling to and from the gym. Because of this, it often seems like we spent half of our lives in workout clothes rather than business attire or casual outfits.

Whilst the most important aspect of sportswear is of course its functionality because we spend so much time wearing it, there has been a definite shift towards sportswear that looks great too. After all, a major reason why we work out is to look good, so you might as well look good whilst you are working out.

Here is why comfortable sportswear is the new little black dress.

1. The Rise of the Sneaker

It is perhaps not that surprising to learn that the biggest clothing brand in the world is not Gucci or Chanel, it is Nike. The American sportswear giant started out making sneakers for sport but has now far outgrown that original niche. Sneakers, like Stadium Goods nike air force, are the go-to footwear choice for the vast majority of people all over the world and are no longer even viewed as being casual wear in many instances.

There are limited-edition sneakers that sell for thousands of dollars and private collectors have amassed incredibly valuable collections. These days, people mix and match smart sneakers with suits, smart dresses, and other clothing items for formal events, nights out, and even in the office.

Once upon a time, the underwear you wore to the gym was an afterthought as nobody was ever going to see it. The general habit was to wear older, cheaper underwear for working out to keep your newer, more expensive underwear in good condition.

These days, however, there is specialized underwear for running, for playing a sport, and for practicing yoga. This underwear offers extra support as well as other benefits like breathability and comfort. All of the top sports brands have moved into the world of underwear, and their lines are not just designed for performance, they are really stylish too.

3. The Power of Influencers

Sportspeople are some of the most recognized and revered celebrities on the planet and the influence they have over their fans’ spending power is incredible. All of the big sportswear brands have huge sponsorship deals with the biggest stars to exclusively wear their apparel, appear in advertising campaigns, and use their products in training and competitive matches.

David Beckham and Lionel Messi have long been top of the roster for German sports giant Adidas, whilst Michael Jordan passed on the baton at Nike to Lebron James and Cristiano Ronaldo. Many sports stars earn more from these sponsorship deals than they even do from playing their actual sports because of the huge boosts in profit it can bring to the companies.

Comfortable sportswear has become a high fashion these days and this is one fashion trend that doesn’t change season after season. Nowadays, people want to look good whether they are in the office, out on a date or lifting weights in the gym, and sportswear brands are creating items for every occasion.