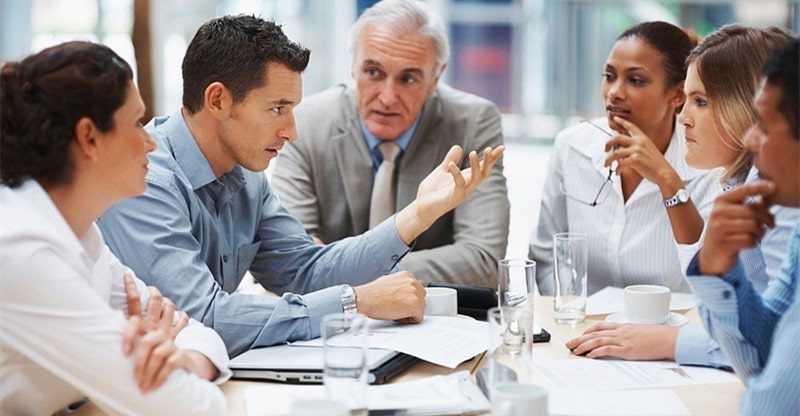 Stop whining about the bad apples at work. Healthy apples are contagious too!

As a manager, you don’t always get a say when it comes to the people who form your team. You get along great with some, less with others. Some you would label “good” or motivated employees, while others you would consider, well, complainers.

Many managers spend a disproportional amount of time and efforts on the employees who don’t want to be where they are. These employees are simply put, disengaged at work.

And of course, it makes sense. If your employees aren’t happy or satisfied at work, you want to fix that, right? After all, it negatively affects your company’s productivity levels.

Good vs. Bad Employees: Which Group Do You Spend Most Time on?

A few years ago I spoke about leadership with a very frustrated employee. She was what would be defined as an “engaged employee”, who enjoyed her job.

One of her biggest frustration though was that she felt that her manager spent SO much time trying to activate certain members on the team. What did those employees have in common? They weren’t happy at work. They didn’t want to be there. And they weren’t really too interested in changing their attitude.

“It’s really frustrating to see how many chances my manager will give them, and how much time that consumes. What about us, those who are already willing and interested?”, she said. “We hardly get any attention. What she doesn’t realize is that if she would only pay us a little more attention, she would get so much back!, she concluded.

So as a manager, is it better to focus on the let’s say, 40% of your employees that have mentally ‘checked out’ from work and stopped trying? Or should you focus on the 60% that are OK, or happy at work?

If you work for a company or in a team where there are a lot of whiners around, it’s easy that this type of behaviours spreads and sticks. Simply put, you, or other co-workers around you, also become whiners. Everything ‘sucks’ at work, the company never does anything for us, etc. etc. The apple is rotten, and it’s spreading to others.

But hey, healthy apples are contagious too!

When focusing on the group of positive employees, there is an added upside. If you focus on the people who are open to improvement and trying new things, this group of individuals can be a strong force.

It’s harder to whine and complain and spread your negativity when you are surrounded by positive people. It doesn’t mean that everything is sunny at work. It just means that few things get better from constant complaining where you just end up in a loop.

Co-workers Who Want To Improve

You’d be surprised what can happen if you as a leader decide to focus more on the people who WANT to be at work, the people who care about work, and help them develop. They have the motivation to make your business much better than what it is right now. Apart from creating a better working climate, you are also more likely to retain and nurture into future leadership positions within your business.

As an example, there are companies where they have organized social activities with only a small part of the workforce participating, and the positive effect still shows up in the company-wide, daily, employee mood data. Why? Because a good mood spreads the same way that a shitty mood does. It’s contagious!

If you go to a work activity which is fun, or a language class which helps you advance, or training that can help you upskill and further your career, it puts you in a good mood. Perhaps the same goes for the other 10 people that also had a good experience and enjoyed the activity.

Once you step out from that activity, you’ll bring these positive vibes back to your departments. A good mood spreads. It creates an emotional response.

Sometimes you’ll have employees on your team who have worked for your business for 15 years. Some will have been complaining for about the same amount the time.

But you’ll also have people who’s been a really popular co-worker for the last 20 years. The go-to person who perhaps isn’t in a managing position, but possesses a lot of knowledge. He or she is the informal leader that people seek out when they have questions or doubts, or simply want to have a chat.

Others look to them to see how they respond to events taking place at work. Do they perceive the new management change as positive? Are they wearing the new safety gear? These people are influencers. The interesting part here is: Are these informal leaders on your side? What would happen if you focused more on them?

Whining might be fun to a certain point. It can even serve as glue for a team to bond over. But in the long term, it just turns toxic. And when employees only focus on things that are going WRONG at work – well, that is the only thing complainers look for. And the only thing that they will find.

Habits are sometimes hard to kick. At some point, a good employee might even be convinced that things will never change at your workplace. That can easily happen if the trending topic while grabbing a coffee continues to be that X, Y and Z are all wrong at work. Sometimes it can be hard to stay in this group of colleagues if you don’t participate in the whining.

And ultimately, talent tends to leave toxic workplaces. And employees leaving also tends to happen in waves, with more co-workers following suit. The complainers will also quickly kill any ideas for improvements, simply cause they can’t help but seeing everything in a negative light. “That idea will never work here because 3 years ago…”

Tech, Tech and Tech. Yet Data Shows that Good Old Conversations are Key

In certain ways, technology has brought fewer authentic, or fruitful, conversations to the workplace. “Hiding” behind a screen, leaving messages on your intranet or shovelling out emails can easily mean that people misinterpret your intentions or words. It can quickly escalate and create barriers.

Recent data shows that frequent and honest conversations is the fastest way to improve employee morale. How often do you take the time to sit down and speak with people? Or even a quick chat?

As busy leaders, we don’t always take the time to do what we know we should be doing. Leadership starts with compassion. What made these people start hating their job so much? What it is in your company culture that allows them to keep feeling that way?

Everyone has their own perspective on a situation. No matter what it might look like, most people who are difficult to work with usually have good intentions. But the road is going to be longer with them.

Seek first to learn and understand. Why do people complain so much? Chances are they are right about many things and have good reasons to complain. Perhaps they are feeling anxious due to Covid? Low pay? Inflexible schedules? Bad managers in the past?

The most important thing to remember is that they are looking for empathy. They long for you to understand their situation and lend an ear to things they consider to be problematic, or shit, at work. Will all of them change? Probably not. Will some? You bet.

When you sit down with someone to have an honest conversation, it shows how much you value that person. Time is valuable, everyone’s busy. You’re sending a strong signal by truly listening in to what he or she has to say. Stop that urge to talk. Just listening is more powerful.

Start with the ones who are willing to communicate and share their experience and ideas. How can you copy their behaviour so it starts spreading among the other employees? Create a team which is so positive that the negatives don’t want to be around!

How can you make it a habit for co-workers to look for positive things? And help people complain in a way that leads to something constructive and ultimately positive. Help them become a better version of themselves. Who do they need to talk to for stuff to change? Who is open to new ideas?

Then work with the others once you see that positive things start to happen. Make this group part of the solution. Have them tell you directly, instead of only complaining to co-workers. Many will end up wanting to join the positive side!

Because let’s face it, who wants to feel like shit going to work every day? It will take more than a nudge for some, and others might never leave the complaining attitude behind, but at least their co-workers won’t have to endure never-ending negative talk.

Do You Spread Happiness at Work? Or Stress…

Lastly, why doesn’t the employee engagement problem at our workplaces ever get solved? Sometimes it’s easier to drill in on individual managers or group of employees, but it all starts with the existing conditions at work. Do you have a company culture where managers have the basics to thrive, and where the so-called hygiene factors are all present?

If you have chronic complainers on your team, you need to change behaviours at work for positive change to happen. Push behaviours that benefit change at works. Now, as a leader: Do you spread happiness at work? Or spread stress? Do you spend more time telling employees what they are doing wrong, than what they’re doing RIGHT?

The people you spend the most time with shape who you are, or become. Show your people some love and they will go the extra mile that day that you need it the most. And that journey to a happier workplace starts with you, and the small steps you choose to take today, or this week.

The question is: what steps will you take, and which group will you spend most on?

Author Bio: Rebecca Lundin is a co-founder at Celpax, a device to measure the impact of your leadership actions, real-time. She is passionate about creating better workplaces using data. With customers in 60 countries, she spends her days helping employees press green smileys instead of red ones.