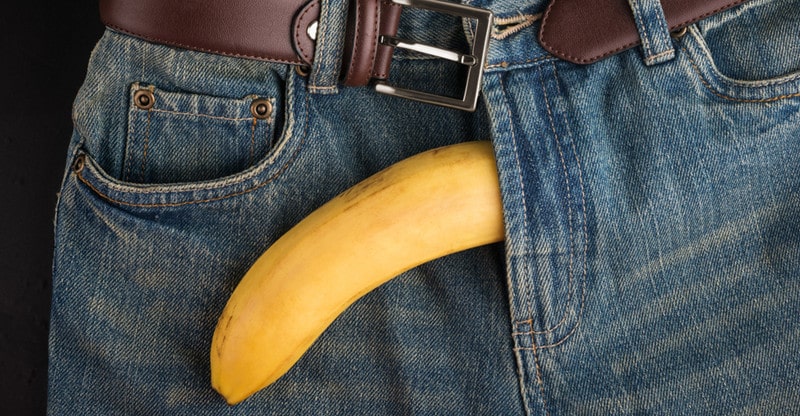 You are not alone if you have a slight to major bend in your penis. The culprit to this condition is Peyronie’s disease. Peyronie’s disease is named after the French surgeon who discovered it in 1743. It is identified as the curving of the penis shaft which often results in large painful erection along with an area of fibrosis.

Many people are born with a slightly curved penis, but in this case, the penis may curve anyway, and in rare cases, it turns upside down. But it isn’t necessary that Peyronie’s Disease will lead to a curve penis, and sometimes it may cause an indentation.

Well, it’s still cloudy, but researchers have suggested quite a few possibilities behind Peyronie’s disease. Sometimes it may be due to an injury or sometimes genes. An injury to the penis while having sex or physical activity which caused internal bleeding and later forms plague which bent or arc the penis while erected and caused great pain.

People often neglect these injuries because after a while, the pain is gone and it’s left unexamined. Researchers have suggested it as a side effect of certain drugs in some cases.

Is it Age Related?

Although it mostly happens to a middle-aged man, young and old ones can’t be ruled out too. Age isn’t the factor here, and it can happen to anybody.

What are the Symptoms?

There will be a great amount of pain involved while having an erection because of the plague that formed. It may happen days later or in some cases overnight. You won’t notice it until erection. In most cases, the pain softens but the curve residues. Some men have also reported developing scar tissue in other areas of their bodies like hands and legs.

The key to every successful diagnosis is by telling everything to the doctor. Every injury while having sex or a fight needs to be told. The doctors will perform a physical examination over your penis and in some cases; the penis needs to be erected. Then the doctor will probably suggest you get an X-Ray or Ultrasound of your penis.

Though it’s rare, if the doctor fails to determine the disease, a biopsy may be needed. It will be performed by removing a small tissue from the affected area will be tested in the laboratory.

Yes, it’s 100% curable, and most often, it gets cured with time. Doctors often wait for around two years to observe if it gets treated naturally, else they might perform some treatment like:

The regular use of a penile extender device shows promise as a safe, effective and noninvasive form of treatment for Peyronie’s disease. Pilot experiences have depicted that the forces exerted by a penile extender may reduce the curvature of the penis.

A pilot study conducted by a Medical Center in Chicago portrayed the fact that the use of a penile extender for patients suffering from Peyronie’s disease for at least two hours a day fetched them with amazing results. For instance, the use of penile extenders helped the patients with improvements in erect girth, curvature, and penile length.

The Prospect of Using a penile traction device

The Working Mechanism of a Penis Extender

There has been extensive research on the working mechanism of penis extenders. These devices usually function by stretching the muscles. A Penis Extender is also affordable, which makes them accessible. When opting for penis enlargement treatment and enlargers, make sure that they are of medical grade. A large number of FDA certified companies are now manufacturing these products.

Though it solves the bent issue, it can cause erection problems, and because of these effects, doctors don’t want to perform this surgery until and unless you can’t have sex. Other than all these, there are some other probabilities that can cure, like Vitamin E but it’s still unclear. For pain, you can have a ray treatment on the plague, but doctors don’t usually suggest it because generally, the pain fades away after 3-6 months.