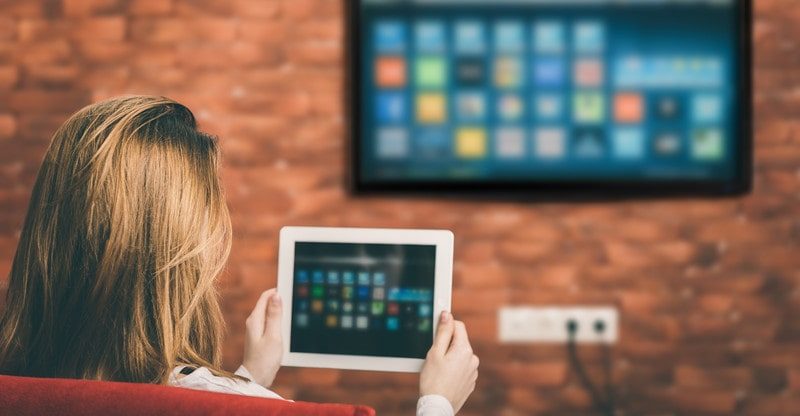 Today, people can watch whatever they want and whenever they want, and connected TV gives them this perfect opportunity to the fullest extent.

In the US, the percentage of people who have never used cable TV, have turned it off at home, or are going to do so shortly, is 64%. In Europe, already 50% of the population uses CTV to watch TV.

Strong numbers of active users of CTV reinforce the growing turnover of streaming services and sales of smart TV devices. In addition, earlier, the purchase of a Smart TV was an event in the family, but today, numerous companies release very worthy devices at very reasonable prices.

No wonder CTV advertising also has gained popularity and appeared to be a great modern idea among professionals.

CTV as digital advertising on the big screen

There are several main models for monetizing these services: subscription, one-time purchase of content, and advertising. According to various sources, the subscription model has actually reached its potential maximum, so it is expected that in the coming years, the monetization of services through advertising will grow at an even faster rate.

Advertising on connected TV provides access to a quality audience similar in loyalty to television but mostly younger. CTV advertisers are attracted by:

In addition, advertising on CTV is less likely to skip than, for example, on mobile phones because it is shown on full screen, and using the remote control to click on the cross in the right-left corner is not so easy. In addition, the operator may not always provide the option to skip ads.

It is often believed that CTV increases the time of consumption of content. However, in fact, it is rather replacing the classic TV due to its convenience and modern characteristics that attract a lot of people all over the world.

Moreover, since digital TV is utilized by users as an additional option or a replacement for traditional TV, advertisers should do the same.

Cable TV can be the backbone of an advertising campaign with 70%-80% reach, while CTV can easily generate 20%-30% reach with minimal overlap.

With nearly 15% in the total programmatic split, CTV’s global budget for 2020 was expected to be $4.8 billion, and nowadays it continues to grow today. Generally, over the year, the share of CTV in the digital split increases by 6-10 percentage points.

There are many reasons for the growth, both from consumers, who watch what they want and when they want for very little money, and from advertisers, for whom CTV is an unloaded, fast-growing advertising channel with a large loyal audience.

Naturally, along with the development of connected TV, the number of dark schemes in this environment is also growing because fraudsters follow the budgets of advertisers. Moreover, in past years, fraudsters mainly observed this type of digital media, but now, the level of fraud in CTV is growing by 150% per year.

There are three main types of CTV fraud:

In high-quality applications, the level of fraud can be minimal and not even reach 1%. In addition, direct transactions with trusted partners will help to avoid fraud as much as possible.

Ideally, CTV should have the same functionality in terms of verification as any other digital channel or device. However, if we talk about this problem in general, it lies in the fact that, at the moment, this type of digital media does not have standardized approaches to measurement and tracking, something that the global system is actively working on.

In a nutshell, connected TV is the best option that unites both worlds – traditional and digital TV. Today, CTV, according to many experts, is an ideal tool for finishing TV coverage, while in the future, it may become one of the leading media.