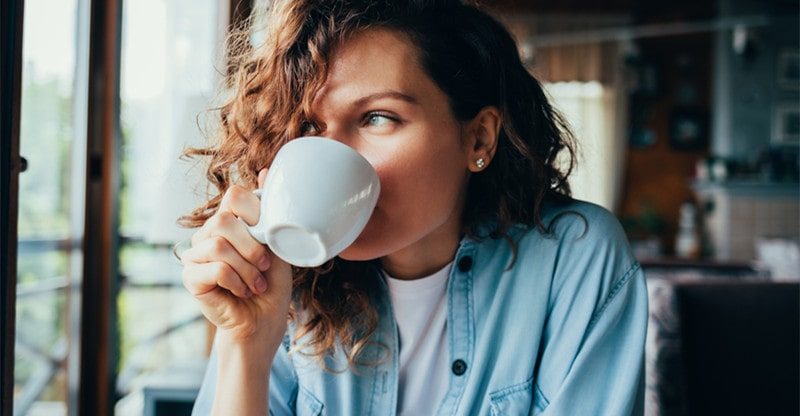 Depending on your lifestyle, caffeine may play a large role in fueling your energy for the day. Whether it’s a cup of joe from your local coffee shop or an energy patch that slowly administers a smaller amount over time, it’s never been easier to get that energizing stuff into your bloodstream.

However, caffeine is an addictive substance. Consumers might be unaware of this aspect of the chemical, and can lead to excessive coffee consumption or overusing caffeine patches to an unhealthy extent. Conversely, frequent caffeine ingesters may be fully aware of their dependence on it but feel unable to break their habits because their productivity will suffer.

Quitting caffeine is not an easy task, especially if this is a habit you’ve maintained for a long time. That said, we’ll explore some potential health issues that can arise from getting too much caffeine regularly and some alternatives you may use as a substitute to fuel your busy lifestyle.

If your main source of caffeine is coffee, this might be the most obvious action you can take. Stop drinking it.

Easier said than done, right? As previously mentioned, if you need some kind of energy boost for your day, there are several options that are caffeine-free. Picking up something like a morning exercise routine or making sure you get enough sunlight to start things off can make a big difference.

If you need something a little quicker to the draw, there are caffeine-free energy patches like Feelzing by Thync. It’s a reusable patch you place behind your ear for seven minutes, during which it sends mild electric currents to your brain and nervous system. After this process, you can remove the patch and experience around four hours’ worth of boosted energy and focus.

The idea of quitting coffee consumption might seem daunting, especially when it may be ingrained into your daily routine. However, the alternatives listed here are proven to work and should ease your mind about finding that extra push to get your day started.

Depending on your rate of consumption, you may experience some noticeable withdrawal symptoms when quitting coffee or excessive caffeine intake out of the blue. The effects range from distracting to somewhat severe, but you can expect to experience some of the following:

Additionally, you should avoid quitting your source of caffeine cold turkey; oftentimes, this will amplify any withdrawal effects, and you would be best served to gradually quit over time. Withdrawal symptoms can last anywhere from two to nine days, and if they continue, it may be wise to visit your doctor.

Caffeine addiction can be a serious problem if left unchecked. The irony is that many of its withdrawal symptoms are present when under the effects of excess caffeine, like tremors or anxiety. If you are experiencing these symptoms with your current level of caffeine intake, it might make sense to cut back on caffeine and experience them as a result of withdrawal rather than a side effect of its continued consumption.

Once you’re over the hump, think about which alternative you’d want to substitute for caffeine if you still need that extra boost to get things done. Neurostimulating energy patches are a relatively new yet promising technology with rave reviews and would be a safe choice to at least try out.

All in all, breaking from your caffeine habit won’t be easy, but doing so will greatly benefit your health in the short and long term.