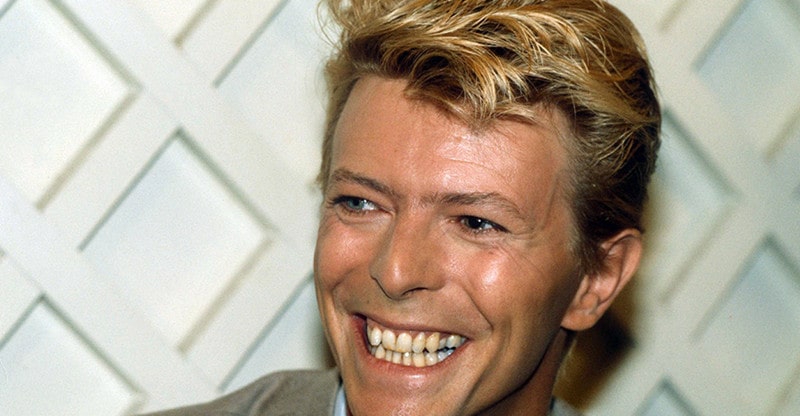 Born David Robert Jones, Bowie was arguably one of the most influential music artists of the 20th century. He was born in South London in 1947, and he had his first breakout hit “Space Oddity” when he was only 22.

Bowie was an accomplished musician, actor, fashion icon, and an all-around phenomenon. In 1996, Bowie was also inducted into the Rock and Roll Hall of Fame. Shortly after releasing his final album “Blackstar,” Bowie passed away from liver cancer in 2016.

To ensure this legend is never forgotten and to celebrate his unique legacy, here are the best 36 David Bowie quotes.

#2. “I’m not a prophet or a stone aged man, just a mortal with potential of a superman. I’m living on.”

#3. “I feel confident imposing change on myself. It’s a lot more fun progressing than looking back. That’s why I need to throw curveballs.”

#4. “Make the best of every moment. We’re not evolving. We’re not going anywhere.”

#6. “And these children that you spit on as they try to change their worlds are immune to your consultations. They’re quite aware of what they’re going through.”

#7. “Turn and face the strange changes.”

#8. “Tomorrow belongs to those who can hear it coming.”

#10. “As you get older, the questions come down to two or three. How long? And what do I do with the time I’ve got left?”

#11. “Gentleness clears the soul, love cleans the mind and makes it free.”

#12. “I had to resign myself, many years ago, that I’m not too articulate when it comes to explaining how I feel about things. But my music does it for me; it really does.”

#13. “A song has to take on character, shape, body, and influence people to an extent that they use it for their own devices. It must affect them not just as a song, but as a lifestyle.”

#14. “On the other hand, what I like my music to do to me is awaken the ghosts inside of me. Not the demons, you understand, but the ghosts.”

#15. “The music itself is going to become like running water or electricity. So it’s like, just take advantage of these last few years because none of this is ever going to happen again. You’d better be prepared for doing a lot of touring because that’s really the only unique situation that’s going to be left.”

#16. “I wish myself to be a prop, if anything, for my songs. I want to be the vehicle for my songs. I would like to color the material with as much visual expression as is necessary for that song.”

#17. “I suppose for me as an artist, it wasn’t always just about expressing my work. I really wanted, more than anything else, to contribute in some way to the culture that I was living in. It just seemed like a challenge to move it a little bit towards the way I thought it might be interesting to go.”

#18. “I’m rather kind of old school, thinking that when an artist does his work, it’s no longer his. I just see what people make of it.”

#19. “I don’t have stylistic loyalty. That’s why people perceive me as changing all the time. But there is a real continuity in my subject matter. As an artist of artifice, I do believe I have more integrity than any one of my contemporaries.”

#20. “All art really does is keep you focused on questions of humanity, and it really is about how do we get on with our maker.”

#21. “People are so f*cking dumb. Nobody reads anymore, nobody goes out and looks and explores the society and culture they were brought up in. People have attention spans of five seconds and as much depth as a glass of water.”

#22. “Fame can take interesting men and thrust mediocrity upon them.”

#23. “Once you lose that sense of wonder at being alive, you’re pretty much on the way out.”

#24. “For me, the world that I inhabit in reality is probably a very different world than the one people expect that I would be in.”

#26. “Fame itself doesn’t really afford you anything more than a good seat in a restaurant.”

#27. “I always had a repulsive need to be something more than human. I felt very puny as a human. I thought, ‘F*ck that.’ I want to be a superhuman.”

#28. “I re-invented my image so many times that I’m in denial that I was originally an overweight Korean woman.”

#29. “You would think that a rock star being married to a supermodel would be one of the greatest things in the world. It is.”

#30. “I’m looking for backing for an unauthorized autobiography that I am writing. Hopefully, this will sell in such huge numbers that I will be able to sue myself for an extraordinary amount of money and finance the film version in which I will play everybody.”

#31. “Don’t you love the Oxford Dictionary? When I first read it, I thought it was a really really long poem about everything.”

#33. “What is the quality you most like in a man? The ability to return books.”

#34. “I am responsible for starting a whole new school of pretension.”

David Bowie was an extraordinary artist who led the world of music, fashion, and film in a whole new direction. His persona and character have transcended time, and he’s remained an inspiration to countless people around the world.

Since Bowie is also one of my favorite artists and the fourth anniversary of his death is coming up soon, I wanted to do my part to make sure he’s never forgotten. To all of you who love him as much as I do, I hope you’ve enjoyed the best David Bowie quotes and look to them every time you want to feel inspired.