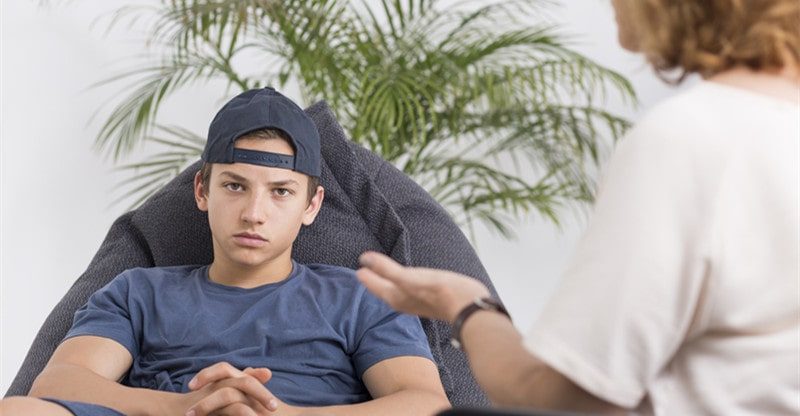 Dealing with children who are challenging every step of the way can hurt us parents a lot. If you have a child that has started to go off the rails or you are noticing the signs, it’s important to deal with them as soon as possible.

Sometimes, you may think that acting out is a phase or it’s just part of being a teen, but it could also be a sign they are developing unhealthy behaviors that will stay with them for the rest of their lives. With this in mind, what can you do to make sure you are dealing with your child effectively?

The fact is that when our children are going off the rails, we may feel that we are responsible for it. If you take the blame, this isn’t solving the problem. It’s not about the fault of the person but is about who is going to take responsibility. Despite the fact that you may have caused the issue, if you are willing to take steps to remedy it, this is the most important thing.

Whether your child needs to be dealt with in terms of the law or you are trying to help them in the throes of addiction and put them into drug rehab, the fact is that you are willing to do everything for your child right now.

Do Not Get Into Arguments

Some parents believe that tough love is the best approach and they think that in order to actually get through to their child, they’ve got to be omnipresent and they have to be present and correct at every single fight. Even if your child sucks you into an argument or they roll their eyes, you don’t need to get caught into the spiral of argument, because this means that you are not dealing with the issue but you are actually showing your weaknesses.

Arguments are about two people trying to prove they are right, and this doesn’t solve the problem. One of the best things you can do is try and avoid fighting by sowing the seeds early on. You can do this in terms of the little duties you want them to do around the house.

The best thing you can do in order to sow the seeds is to give them a boost, so if you want them to learn how to clean up after themselves, asking them to wipe down their placemat after they’ve had food is just a very simple way to get them on their feet.

You may need to do a number of these little seed-sowing exercises every night, but try not to do it without sounding like you are holding a grudge or cutting them off when they are speaking. It’s just about being helpful and not playing the blame game.

Do Not Personalize Their Behavior

If you start to show your emotions and get angry whenever your child runs off to their room you are personalizing the behavior which means they will have power over you. It is so easy for us to get annoyed and when we start to take their behavior as an attack on who we are, overreaction is not helpful. You have to remember that your child, whether they are 5 or 15, is still going through the stages of development and they are not attacking you personally.

If you remember when you were a teenager, it was easy for you to strike out at people and you didn’t think twice about it. This is why you shouldn’t take things personally. It’s vital to remember that there is so much going on in their head at this point and they are so self-involved that they do not see everything clearly.

So if they do something that upsets you, it’s important not to take it personally. Instead, show them that they broke the rules so they have to deal with the consequences.

It’s so crucial to have your belief system dialed in and understand what you are trying to achieve. Sometimes we can look at what other parents do and try to emulate that, but if this is at odds with who you are, this will not help you to run an appropriate home.

If you have a teenager that says that “everybody is doing it” or X’s parents are allowing X to do something, then your response is very simple; say that you are not X’s parents. Running your home according to your beliefs is about sitting down and truly thinking what you want out of your children and sticking rigidly to this.

Practicing What You Preach

Of course, a lot of these rules rely on you enforcing them for your child, but you also have to remember that you have to enforce them for yourself as well. You have to be a good role model, and this means sticking to the rules that you set. If you tell your children that something is wrong but they catch you doing this, you are immediately seen as a hypocrite in their eyes and you will run the risk of your children breaking the rules over and over again.

When you have a child that is out of control or acting out you’ve got to remember that while you may feel regrets that you didn’t get the balance right earlier in life, the fact is you are ready to make the changes now. When it comes to helping your child if they’ve gone off the rails, you’ve got to ask yourself where the behavior is heading. Because if your child gets away with something now they’re going to try and push it further.

And if there is something they are doing now that is wrong but is excusable, you have to be prepared for a slippery slope. It’s important to remember that in order to facilitate change it has to be done over a long period of time.