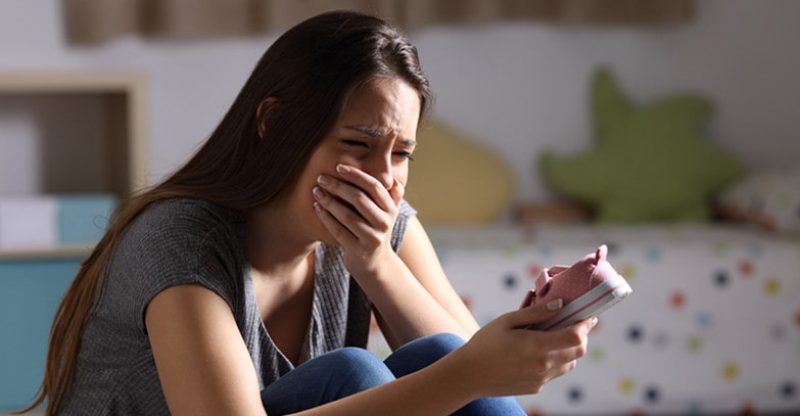 There’s no single feeling in the world that can describe what it’s like to lose a son. It seems like someone’s ripped your heart in small little pieces and nothing will ever be the same again. I know that these feelings will never go away, but you can hopefully take some solace in these 27 death of a son quotes in these difficult times.

After you’ve gone through something as traumatic as losing your child, you feel like nothing will ever make it better. You’ll feel angry and upset, and completely powerless. You might even resent yourself for not taking better care of him even though there was probably nothing you could do to help.

27 Moving Death of a Son Quotes

Touching Death of a Son Quotes

#1. “There’s no tragedy in life like the death of a child. Things never get back to the way they were.” — Dwight D. Eisenhower

#4. “For no soul can ever be replaced, and death claims a beauty and a magnificence that will always be missed.” ― Jocelyn Soriano

#6. “If you suppress grief too much, it can well redouble.” — Moliere

#7. “You were unsure which pain is worse — the shock of what happened or the ache for what never will.” — Unknown

Emotional Death of a Son Quotes

#8. “The death of a child occasions a passion of grief and frantic tears, such as your end, brother reader, will never inspire.” — William Makepeace Thackeray

#9. “There is a sacredness in tears. They are not the mark of weakness, but of power. They speak more eloquently than ten thousand tongues. They are the messengers of overwhelming grief, of deep contrition, and of unspeakable love.” — Washington Irving

#10. “As someone who has lived the nightmare of losing a child, I know that the enormous hole left behind remains forever.” — Arthur Honegger

#11. “Death leaves a heartache no one can heal, love leaves a memory no one can steal.” — Unknown

#12. “Here’s what no one says — when you lose your child, a part of you, a very tiny but nonetheless unignorable part of you, also feels relief. Because finally, the moment you have been expecting, been dreading, been preparing yourself for since the day you became a parent, has come. Ah, you tell yourself, it’s arrived. Here it is. And after that, you have nothing to fear again.” — Hanya Yanagihara

#13. “His death brings a new experience to my life — that of a wound that will not heal.” ― Ernst Jünger

#14. “I was in error when I saw him as fixed and stable and thought I would have him forever. He was never fixed, nor stable, but always just a passing, temporary energy-burst.” ― George Saunders

Comforting Death of a Son Quotes

#15. “Think of your child, then, not as dead, but as living; not as a flower that has withered, but as one that is transplanted, and touched by a Divine hand, is blooming in richer colors and sweeter shades than those of Earth.” — Richard Hooker

#16. “Unable are the loved to die. For love is immortality.” — Emily Dickinson

#17. “Do you know that a man is not dead while his name is still spoken?” — Terry Pratchet

#18. “We weep over the graves of infants and the little ones taken from us by death, but an early grave may be the shortest way to heaven.” — Tryon Edwards

#19. “Death is easier than a wretched life, and better never to have born than to live and fare badly.” — Aeschylus

#20. “An angel in the book of life wrote down my baby’s birth. Then whispered as he closed the book too beautiful for earth.” — Unknown

Hopeful Death of a Son Quotes

#21. “It’s all over now. He is either in joy or nothingness. So why grieve? The worst of it, for him, is over. Because I loved him so and am in the habit of loving him and that love must take the form of fussing and worry and doing.” ― George Saunders

#22. “Those we love and lose are always connected by heartstrings into infinity.” — Terri Guillemets

#23. “Don’t grieve. Anything you lose comes round in another form.” — Rumi

#24. “The weird, weird thing about devastating loss is that life actually goes on. When you’re faced with a tragedy, a loss so huge that you have no idea how you can live through it, somehow, the world keeps turning, the seconds keep ticking.” — James Patterson

#25. “We bereaved are not alone. We belong to the largest company in all the world — the company of those who have known suffering.” — Helen Keller

#26. “Everyone must leave something behind when he dies, my grandfather said. A child or a book or a painting or a house or a wall built or a pair of shoes made. Or a garden planted. Something your hand touched some way so that your soul has somewhere to go to when you die. And when people look at that tree or flower you planted, you’re there.” — Ray Bradbury

#27. “Do not weep for those who have found death’s embrace early, for they weep for us that linger on in this mortal world of pain.” ― Stewart Stafford

When you lose your child, there’s nothing anyone can say to help take the pain away. It will always live inside you and over time, you’ll just get used to it being there.

However, just know that there are people around you who want to help shoulder the pain. You can count on them as well as these heart-wrenching death of a son quotes to guide you in your time of grief.