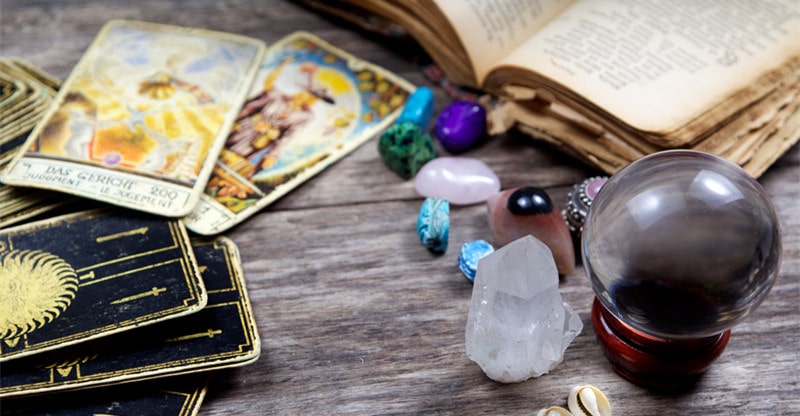 Witchcraft holds different significance for different people. The stereotypes about witches are now being challenged and changed, from having negative connotations due to the witch-hunts and witch-burnings in the middle-ages, becoming a witch and practicing different forms of magic is becoming vogue.

What is it about the idea of witchcraft or practicing magic that calls many people to delve into its mysteries?

Witchcraft and the Empowerment of Women

For modern witches, looking back at history makes them question if the witch-hunts in Europe throughout the 15th to 17th centuries were not in fact women-hunts. Since these “witches” were typically women who were engaged in herbalism and midwifery.

The growing feminist movement today considers witches to be heroes who embody the ideals they espouse such as being strong and empowered. The witches who were hunted and burned in the dark ages have become symbols of standing up for the rights of women today.

One alluring reason for delving into witchcraft is the access to magical powers that this path is thought to bring. This is the aspect of witchcraft that is usually misunderstood because it is both mystical and mysterious, as such, subject to confusion. Modern witches are quick to explain that what they do is not evil.

For them, magical spells that will help you get your ex back are based on white magic. Although they say that it is possible to reconnect with a lost love, it is no simple matter as well. Casting this kind of spell requires that the practitioner carefully conduct rituals in special ways that will help to manifest the intentions behind the spell.

Protecting and Enhancing One’s Own Energy

The proliferation of knowledge and products aimed at raising one’s own energy as well as maintaining a protective bubble of energy around one’s self leads many people to delve into witchcraft. This is done as another exploration into the many paths of knowledge that is available today.

Crystals and essential oils are growing in popularity as ways to boost, influence, and protect the energy of those who learn their use. Creating potions on a full moon eclipse, using the distilled essence of certain plants, and protecting the personal energy fields of people from the negative energy projected to them by others are benefits of a new wave of rituals that are now being connected to witchcraft.

Self-Healing and Creating a Personal Path

Self-actualization can come from practicing personal rituals that are aimed at healing one’s personal trauma or becoming a stronger or more positive person. In this sense of witchcraft in the modern setting, any practice or personal ritual that enhances the well-being of the practitioner can be considered as witchcraft without the stigma of evil that was once associated with it.

Witchcraft is seen as a way of connecting to spirituality and a means of recharging physical and magical energy. In the technological setting of modern society, delving into mystical practices such as those that were once categorized as witchcraft is just another path in the development of uniqueness for individuals now. This development is characterized by the gathering of knowledge and practices that were once considered taboo but are now coming out of the dark place to be celebrated.