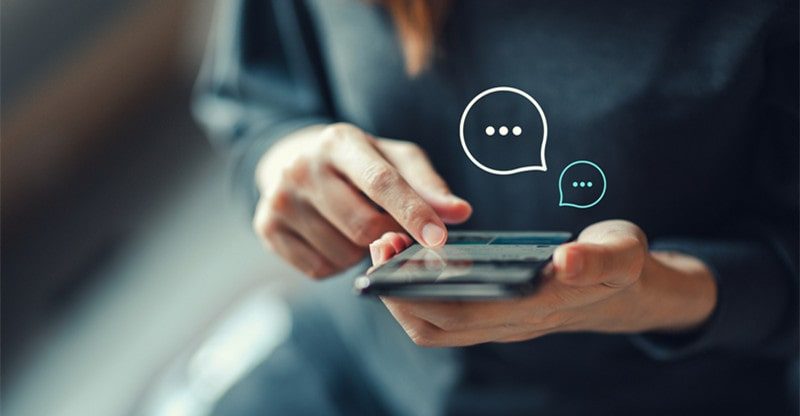 Imagine this scenario: you live in today’s modern world, but one day you wake up and you can no longer communicate with anyone even though you are surrounded by hundreds of people.

Conceiving a life without being able to interconnect is practically an impossible task since this implies that we would not be able to express ourselves in order to understand each other. Therefore, it would be impossible to solve problems, socialize, establish rules, learn or even create art. The world would be plunged into absolute chaos since life would not develop in these circumstances. The communication process is a key and decisive factor in our lives.

It is among the list of the multiple aspects that have been decisive in the development of humanity as the most important and significant pillar of human interaction and expression. This is due to the fact that we can only understand and perceive things around us because of it.

Since ancient times, the process of using words, sounds, gestures and even behaviors to express ourselves or to exchange ideas has notably changed and evolved. It is fascinating to note that there has been a rather drastic but gradual transformation in the way we connect. We basically went from painting caves to being able to communicate using the internet. But, how did it happen?

Today, there are different types of communication, and we use a wide variety of methods to do so. However, in primitive times everything began with symbols. Let’s see how contacts worked in the very beginning.

In 30,000 BC, our ancestors used to paint the caves to convey information. These paintings often included hunting scenes of wild animals or human hands’ stencils.

Communication in these times was becoming increasingly complex, as the different variations of cave paintings evolved into petroglyphs. Although many may consider the people who lived at that time to be simply savage and unintelligent, the truth is that this statement is completely false.

The communication that originated during this period evolved from representing animals and people to visually conveying events in a very precise and explicit way with a few symbols. In such a way, early humans laid the foundations for the development and transformation of the communication process.

In the next step in the history of communication came the first written symbols, which were represented by pictograms and ideograms. The former were pictures that resembled concepts, objects, places, and even activities, while the latter were graphic symbols that represented ideas. Ancestral cultures, such as the Sumerian, Chinese and Egyptian began to use these symbols to represent concepts, which led to the consolidation of the logographic writing system.

Pictographs and ideograms gave way to the primary forms of writing. The inscriptions of the Kish tablet belonging to the Sumerian civilization are considered by some experts to be the oldest known evidence of writing. This stone shows symbols that exhibit their meaning through the pictorial resemblance to an object.

Eventually, this language developed into cuneiform, which is a logo-syllabic script. Throughout history, cuneiform was adapted to write languages other than Sumerian, thus becoming the base writing system for describing logograms, syllables, and even numbers.

However, when the Phoenicians developed their non-pictographic alphabet in the 16th century BC, the glyphic writing systems began to be gradually phased out. This alphabet was made up of 22 letters and vowels that were later introduced by the Greeks. They adopted this alphabetic system to serve as the foundation for the scripts that later developed in Europe and in the Middle East.

Although verbal and written communication was a very good way to communicate in general terms, it was difficult to do so when distance came into play. However, methods were devised to circumvent this obstacle so that individuals could continue to express themselves and stay in touch. From this need, many inventions were generated – and we still use them today.

One of them was the invention of the postal service. Although it is not known for sure who was responsible for devising this system, it was very helpful since it allowed people to exchange information.

China was one of the civilizations that contributed to generating forms for mass communication. Two of its most outstanding and important inventions for the course of humanity were the creation of paper and the printing press, which helped to eliminate the need to write all messages by hand and thus created a more automated system.

This paved the way for Johannes Gutenberg to revolutionize the world in 1450 with the invention of mass printing by creating a modern version of the printing press. After this event, in the 17th century, the Printing Revolution came into force, which promoted the flow of information between people. This caused the world’s first newspaper to be printed and distributed.

From this point on, the history of communication becomes increasingly interesting as we move closer to modernity. The discovery of electricity caused new communication channels to be generated, bringing into force the term telecommunications.

In the 19th century, the telegraph was invented. With this artifact, messages could be sent and received over long distances, which contributed to the dissemination of information.

However, the telephone was created by Alexander Graham Bell when the telegraph was still at its height of popularity. This was undoubtedly one of the most revolutionary inventions, as it allowed two people to share ideas instantly without worrying about their distance apart.

The 20th century was marked by highly relevant inventions for communication since the radio and television were invented, and at the end of the century, telephones became mobile phones. However, one of the events that have most influenced how life happens in our current society was undoubtedly the invention of computers and the internet.

Today, communication is more accessible and versatile than ever. Proof of this is Voice over Internet Protocol services, better known as VoIP. It is a telephone system that works through an internet connection, which is why it is available to a vast part of the world’s population.

This technology is very useful since it is efficient, flexible, economical, and versatile, which guarantees a communicative process in optimal conditions. VoIP systems adapt to the needs of the users since they can be operated temporarily or indefinitely. A great way to test this service is to use a phone verification service like the one offered by Major Phones.

Communication is a process that is constantly changing and evolving. VoIP technology is the perfect example of how all the events that have happened throughout history have led us to have many options that allow us to enjoy an adequate communication process.