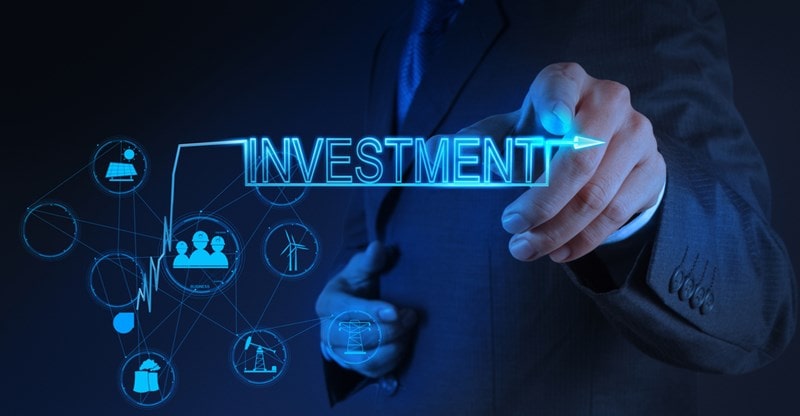 Every seasoned investor looks to finance new companies that will rake in the profit. If you want to diversify your portfolio, investing in tried and true industries isn’t enough.

While browsing for new companies, we must look for innovation. A company that is doing something new and better than other similar companies will achieve a higher degree of success.

Companies that change and evolve with the changes brought about by time survive in the market better than others.

Once in a while, there comes a rare company that changes the face of investments. They bring about a revolution that breaks previous business ideologies, technologies, and the whole world at large. Investing in disruption makes you a part of that revolution.

The emergence of a truly disruptive giant means that they will not only grow exponentially but they will change the entire way of life.

When a new company arrives that is offering a never before seen goods or services that fulfill either a completely new demand or existing demand in an excellent way.

A company can be disruptive in various ways. It might offer goods or services that fulfill a completely new, never before heard of want of the consumers. It might take away demand from other industries by creating something new and innovative that satisfies old consumer demands better.

Disruptive companies bring about new business ideologies that force other companies and industries to change in order to keep up. They create a ripple globally, changing economies in its wake.

What Kind Of Companies Can Become Disruptive?

The key point of disruption is innovation. Most disruptive companies are in the technology sectors. A company that has developed a new technology that offers something refreshingly new.

We can take Facebook for example. The overwhelming number of global consumers made them one of the fastest-growing companies to ever exist.

Social media platforms existed before Facebook. Some people had their profiles on platforms like Myspace and Hi5 that served as a personalized blog. However, the adopters were few and were confined to the young and “hip” crowd.

Disruptive technologies often take away demand from other industries and make them go out of fashion. Facebook made social media a technological staple for everyone, not just only in the national market but worldwide.

What Investing in Disruption Means For Investors?

People who could spot the potential of disruptive companies before they became big could more than quadruple their investments. The stocks of these companies will gain in value overnight. These investors became millionaires in weeks.

Even a few decades ago, it took companies years to become an established million dollar company in the industry. Disruptive technologies are enabling companies to achieve that milestone within months.

Investing in disruption helps you to become a part of this global business avalanche. The review of Eric Fry’s newsletter from No BS IM Reviews shows how even equity specialists stand by investing in radical technology.

An investor finding such a startup that is developing a radical technology before it gets public attention, can experience exponential growth and make millions in gains.

How to Invest in Disruption?

The global economy has become more fast-paced than ever. Companies are making millions and going bankrupt in the blink of an eye.

So many established companies and industries have been disrupted in the past few years. Think of how online ads have changed the face of the advertisement industries.

A few decades ago television, newspaper, and billboards were primary modes of advertisements. Now Google, Facebook, Instagram, and other online platforms dominate the advertisement industry. Not only have they disrupted the industry, but they have also brought down the cost of ads.

Here are a few tips on becoming a part of the disruption.

Clean Up Your Portfolio

This is a very important tip if you have invested in companies that are struggling in the face of disruption. Especially when it comes to technology, it goes obsolete really fast.

We are living in a constantly evolving world. Even a well-established company can go bankrupt within days if it faces competition from a new, exponentially growing company.

Think about the radical changes in the television industry. For decades, television providers thrived in a stable, competitive market. Streaming service providers like Netflix, Amazon Prime, Hulu, etc have disrupted the entire industry.

Remember that it’s always profitable to be on the right side of change. Selling such stocks early on will save your investments and provide you capital for future investments.

If you want to invest in established companies, opt for ones that have disrupted companies and industries. These companies will continue to grow and expand for at least the next five years.

The following reasons will help you to understand why it is wise to invest in disrupting technology. Firstly, they have already shown the capability of their product or service. The fact that they have grown fast and have disrupted the market shows promise that they might become more successful in the future.

Finally, these technologically advanced companies have a talented R&D team. They don’t become stagnant with their product development and look to find better ways to improve their product. Two examples of such companies are Google and Facebook.

There are thousands of tech developers out there working on creating their own masterpiece. These developers are looking for funding for their projects.

Some of these individuals are going to become the next Mark Zuckerberg or Elon Musk. Many of these people have already perfected their product and have a great business plan in place.

As an investor, you must find these individuals and weigh their future potential. If the product or service looks solid and shows the potential of becoming the next disruptive technology, invest in them.

Early investors of Juul Labs Inc. are raking in the millions, by investing in a disrupting technology that upturn the entire industry. A little foresight can help you find a potentially disruptive technology.

Investing in disruption means you are working harmoniously with a rapidly changing economy. Different disruptive companies have come forward and shown that any company or industry, no matter how big or strong, can maintain dominance in the long term.

You must go with the flow and welcome the disruption. Technological advancements are happening so fast that industries are getting disrupted faster than ever.

Become a part of the future and embrace those changes and constantly keep evolving with it. If an investor can do that, they will always come out as the winner.