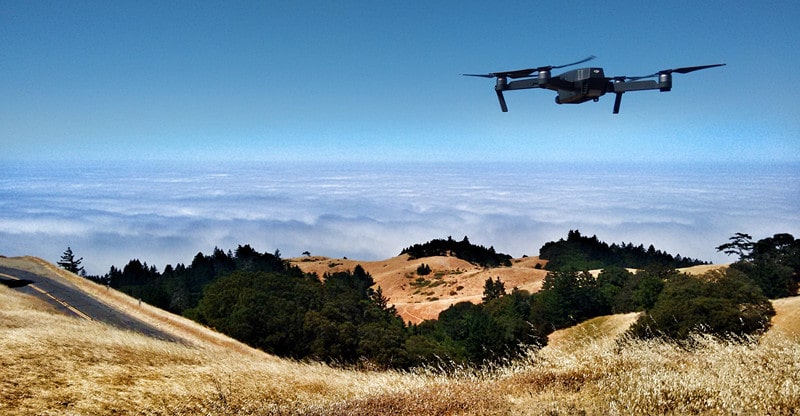 Drones are a relatively new technology to the general public and often viewed with some reservation due to invasion of privacy concerns and the role of drones in military surveillance and warfare. However, drones are also used for a positive purpose: providing relief, protection, and safety from natural and manmade disasters.

Because many disaster areas are too dangerous and challenging for first responders and relief workers to reach, drones can access locations that humans cannot, therefore providing a new method of search and rescue that was otherwise unattainable in the past. As drone technology advances, this unmanned aerial device will likely continue to play a growing and significant role in disaster relief.

Disaster relief drones can locate people and assess damage to power lines, bridges, and roads; however, they are also on the verge of carrying vital supplies. Specifically, Hurricane Dorian, which impacted the Bahamas in September 2019, was the first attempt at using these life-saving drones.

With the capability to carry temperature-sensitive medicine, the Volans-i drone was equipped to deliver necessities such as insulin and anesthetics to people who were trapped by the storm’s damage — people who otherwise might not have received help in time. However, before it was able to officially take off, the hangar where the drone was stationed was unfortunately destroyed by the hurricane’s powerful winds.

Still, this advancement in tech is particularly exciting seeing as, particularly in the immediate aftermath of a hurricane, helicopters are often how large transports of food, medical supplies, and equipment reach hospitals and other aid stations — but with heavy structural damage, high winds, and other severe weather, helicopters are unable to fly safely to make those deliveries.

This is where drones like the unfortunately downed Volans-i can be expected to come to the rescue. For storm victims in immediate need, drones can travel more safely and efficiently than helicopters and might be the difference between life or death. They can make those small shipments to hospitals, and because they operate using radio signals, drones can continue to fly even if cell towers are inoperable.

Further, drones can fly in light winds and rain and some can even deliver packages without landing. They are also able to fly around obstacles and roughly 400 feet above roads, making drones a critically important tool for preparing for next season’s hurricanes. Countless lives can be saved by drones that deliver medicine and supplies to people who need them most.

Fighting Wildfires from Above

According to the U.S. Department of Interior, people are responsible for nearly 90 percent of wildland fires. With the impact of climate change, those wildland fires have grown in frequency and intensity. Specifically, according to Yale Climate Connections, the area of wildfires has increased significantly over the last fifty years.

Typically, aircraft respond to these emergencies; however, aircraft need to fly at low altitudes to fight fires, placing pilots and crew members in significant danger.

Stress, low visibility, high winds, and temperatures affect pilots fighting wildfires from the sky — which is where drones come in to pick up some of the responsibility. Drones eliminate the risks that pilots must take to combat fires, and increase first responders’ overall effectiveness in addressing and assessing the emergency.

Meanwhile, unmanned drones can drop fire retardants in areas that are impossible for aircraft to reach. Some drones outfitted with communication capabilities and management software can also maintain contact between firefighters on the ground and headquarters. Other drones collect data to show where fires are moving, which cuts down on emergency response time.

Emergency drones can also come equipped with lidar technology, allowing them to use remote sensing technology that takes light pulses from a laser to measure distances to the ground. It creates 3D maps that fire rescuers can use to avoid power lines, trees, and other obstacles that can delay or prevent their ability to get to critical areas.

Most importantly, with drones, rescues happen quicker. Disaster teams are better able to pinpoint victims’ locations to send them support; this ability is particularly useful in urban environments where drones make it easy to obtain clear visuals. Mapping and communication are key ways in which drones can help both first responders and residents find their way to safety.

As with wildfires, drones are an essential tool to provide 3D mapping and visual imaging during and after earthquakes. Drones assess and report on damage much faster than traditional methods, such as satellite mapping (Satellite imagery like that from the Pleiades satellite also provides excellent data for assessing areas) and manned aircraft. By quickly generating high-resolution mapping, drones can locate hotspots that have the most damage in real-time.

For example, when a 7.5 magnitude earthquake struck Sulawesi, Indonesia, in 2018, triggering a tsunami, drones were used to map out the most damaged neighborhoods in the city. Team Rubicon Australia assisted with their drones which took aerial photos and videos of the landscape. Those real-time images helped the disaster relief teams determine the locations of the largest amount of displaced citizens.

Drones are also proving useful for determining structural damage after an earthquake, as some damaged buildings and facilities become unsafe or too difficult for people to enter. Other concerns lie with potential chemical spills or other environmental hazards. Drones are capable of accessing these locations, and some drones with “sniffers” are even able to detect methane gas leaks.

Pre-disaster preparation is a drone’s specialty, and along with maps and images, they help scientists understand what emergency may occur next. This knowledge allows first responders, citizens, and businesses create crisis plans appropriate to the potential disaster at hand.

Drones Get it Done

No matter the emergency, natural or manmade, the future can expect to see drones on hand to assist in operations. This unmanned technology has vast potential, and it has already helped to save lives and prevent future damage with its situational awareness, real-time reports, and critical mapping and imaging capabilities. With new advancements, drones will continue to assist in helping people manage and prevent catastrophic disasters.