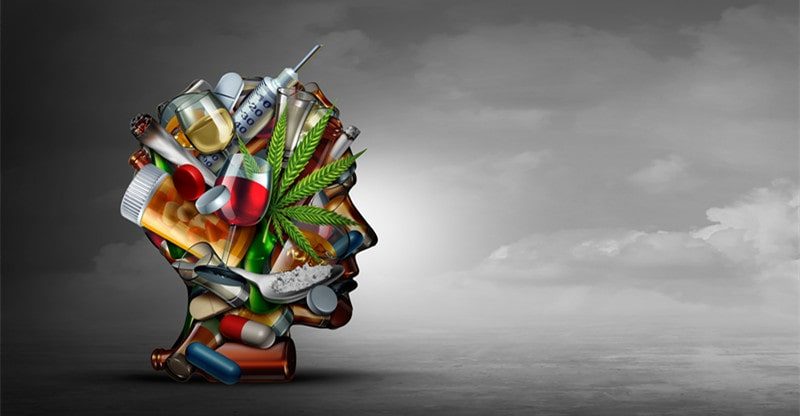 It’s no secret that drugs can have a negative effect on the brain. But what exactly does that mean? And how does it happen?

In this post, we’ll take a closer look at how drugs affect the brain, including the different ways they can damage it. We’ll also explore some of the potential long-term effects of drug abuse.

What Are Drugs, and How Do They Work In The Brain?

Drugs are chemicals that change the way a person’s body works. They can either be legal or illegal.

Legal drugs, or prescription drugs, are substances we can take to cure or relieve symptoms of an illness or medical condition. Illegal drugs, on the one hand, are drugs people use for non-medical reasons.

People may use illegal drugs to get high or make themselves feel better. Illegal drugs include:

Drugs affect the brain by changing how a person feels, thinks, and behaves. They can also lead to addiction, which is when a person can’t stop taking a drug even though it is harmful to them.

Dopamine is a chemical that makes a person feel good. This explains why people who take methamphetamine feel happy and energetic. However, methamphetamine is also very harmful to the brain and can cause serious problems.

How Does Drug Addiction Develop?

Drug addiction is a chronic, relapsing disorder in which an individual becomes compulsively addicted to drugs despite the negative consequences. Addiction is a complex disease that affects both the brain and behavior. It can develop for a variety of reasons.

Sometimes, people are introduced to drugs through friends or family members who use drugs recreationally. In other cases, people may start using drugs as a way to self-medicate for underlying mental health issues, such as anxiety or depression.

Regardless of the initial reason for using drugs, continued drug use can lead to addiction. This is because drugs cause changes in the brain that make it difficult to control impulses and cravings.

As a result, people struggling with addiction may find it difficult to stop using drugs even if they want to.

The Effects of Drug Addiction on the Brain

Drugs can have a number of different effects on the brain. These may include:

They can alter how the brain produces and uses neurotransmitters, chemicals that relay messages between cells. This can lead to changes in mood, behavior, and cognition.

Drugs can also damage the brain’s structure and function, leading to long-term problems. When drugs are taken, they produce a euphoric feeling and relaxation in users. These are only momentary benefits that can quickly lead to long-term brain damage.

Most illicit substances will result in irreversible and long-term brain damage by changing the brain’s chemical equilibrium and consequently killing its neurons.

In some cases, people may experience short-term psychosis, which is a break from reality. This can include hallucinations, delusions, and paranoia.

People who use drugs for a long time may develop long-term psychosis. This is a more serious condition that can lead to permanent changes in the brain. Long-term psychosis can include hallucinations, delusions, and paranoia that last for months or years.

Over time, drugs change how the brain functions, making it difficult for people to control their impulses and make healthy choices. As a result, drug addiction often has devastating effects on individuals and their families.

Drug abuse is dangerous because it can lead to addiction, which can cause long-term changes in the brain. These changes can be difficult to reverse and can lead to:

In some cases, drug abuse can also lead to mental health disorders such as anxiety and depression.

Drug addiction is a serious problem that affects people of all ages and backgrounds. A variety of drugs can be addictive, and the effects of addiction can be devastating.

Fortunately, there are treatments available that can help people overcome their addiction and lead healthy, productive lives.

With treatment, people with drug addiction can recover and lead fulfilling lives.

The bottom line is that illicit drugs have a profound and pervasive effect on mental health. They can cause long-term changes in brain function, increase the risk of developing psychiatric disorders, and lead to addiction.

If you are struggling with an addiction or know someone who is, it’s important to seek help as soon as possible. Many resources are available for those who need them, so don’t hesitate to reach out for help.