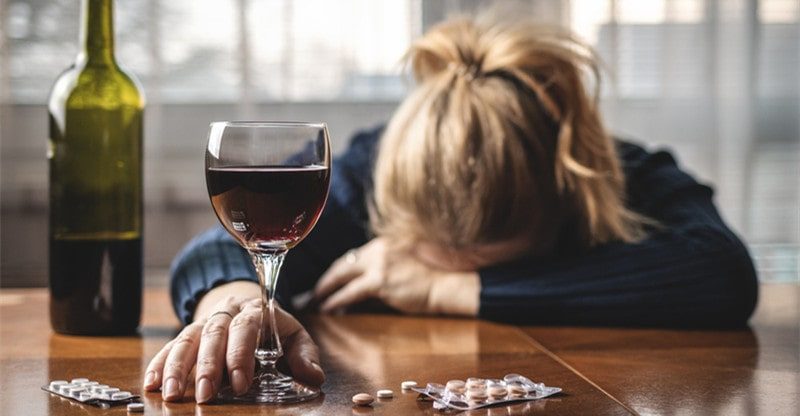 Substance abuse and alcoholism are on the rise, not just in the United States but all around the world. Despite efforts to educate people about the dangers of alcohol and drugs, thousands of individuals continue to use these substances daily. Young people, especially those experimenting with drugs, are at risk for adverse physical and psychological health effects.

If not managed, alcoholism and drug abuse can lead to severe health problems. Some of these include:

It’s well known that alcoholism and drug addiction can trigger many health problems. But are you aware that one of the side effects of substance abuse is a weakened immune system? Those who abuse alcohol or drugs are more susceptible to catching colds, viruses, and other illnesses.

And unfortunately, due to addiction, those who struggle with substance abuse are less likely to seek medical help when they get sick. This can create a dangerous cycle in which the individual becomes progressively more ill as their immune system weakens.

Thankfully, visiting a drug rehab treatment centre for alcohol or other hard drugs can help break this cycle. Individuals can regain their health and improve their immune system function through detoxification and rehabilitation.

Alcohol and drug abuse can lead to a variety of heart problems. One common issue is an irregular heartbeat, known as arrhythmia. This can be caused by both alcohol and cocaine, and it can lead to serious health complications, including stroke.

Drug abuse can also have serious consequences for the heart. For example, methamphetamine use can cause coronary artery disease, while heroin use increases the risk of developing endocarditis, an infection of the heart’s inner lining. Ultimately, any substance abuse comes with a risk of damaging the heart.

When you abuse drugs or alcohol, it doesn’t just affect your body – it affects your brain, too. Substances can cause changes in the way your brain works, and these changes can be permanent. That means that long after you’ve quit using, you may still struggle with problems caused by the damage to your brain.

Drugs and alcohol can cause three types of damage to your brain: physical, chemical, and structural. Physical damage occurs when substances cause injury to the brain cells. This damage can result in bleeding, swelling, or changes in the cell’s metabolism. On the other hand, chemical damage happens when substances alter the levels of neurotransmitters in the brain.

Neurotransmitters are chemicals that help relay messages between nerve cells. When their levels are off balance, it can disrupt information processing and lead to mood swings, impulsive behavior, and difficulties with memory and learning. Structural damage refers to changes in the overall structure of the brain. For example, chronic alcohol abuse can shrink certain brain areas, affecting coordination, movement, and balance.

Brain damage caused by drugs and alcohol use can lead to many problems, including addiction, impaired judgment and decision-making, impulsivity, aggression, mood swings, and difficulties with memory or learning. In severe cases, it can result in a coma or death.

The topic of mental health, is often overlooked when discussing the effects of drugs and alcohol. Many believe that mental health conditions can only be caused by genetic or environmental factors, not chemical ones. However, this isn’t true. In fact, chronic substance abuse can trigger several mental health problems like depression and anxiety.

Drugs and alcohol can significantly impact the chemicals in your brain that are associated with mental health. For example, cocaine use can increase levels of the ‘feel-good’ chemical dopamine and suppress activity in the hippocampus, a brain’s area involved in processing emotions.

As a result, cocaine users may experience restlessness and irritability when not using the drug and become more prone to aggressive behavior or paranoia. Similarly, alcohol abuse can affect the balance of chemicals like serotonin, norepinephrine, and Gamma-aminobutyric acid (GABA) in your brain. This can lead to symptoms like depression, anxiety, insomnia, memory problems, and difficulty focusing.

On the 4th of February yearly, the whole world celebrates World Cancer Day. Today, people are encouraged to learn more about cancer and how they can prevent it while raising awareness of the condition. Unfortunately, there is no way to eliminate your chances of getting cancer due to drug or alcohol abuse, but you can take certain steps to reduce your risk.

Studies have shown that long-term drug and alcohol abuse can significantly increase your chances of developing several types of cancer, including liver, mouth, and colorectal cancer. Some substances are known to interfere with the normal functioning of organs involved in the body’s detoxification process, such as the liver and intestines.

When these organs cannot effectively remove toxins from the body, they can lead to cancer. Additionally, some substances are known to damage Deoxyribonucleic acid (DNA) and interfere with cell replication, which can also be risk factors for cancer.

From the deadly cancer risk to the destruction of brain cells, drugs and alcohol can have a wide range of adverse effects on your overall health. It’s critical to get help right away if you or someone you know has an addiction problem.

Whether you attend in-patient rehab or participate in an outpatient program, many treatment options available can help you overcome your addiction and start living a healthier, happier life.